**2019 Reissue - Orange Vinyl** Dialoghi Del Presente represents a truly unique approach to music making where each instrument and each sound are given ample time and space to develop. For the recording sessions leading to this remarkable work Luciano Cilio took up a role as multi-instrumentalist, performing on piano, guitar, flute, bass and mandola, also joined by musicians coming from different experiences and areas, who supply strings, extra woodwind and percussion. Almost impossible to define, the all-acoustic music of Cilio occupies a space between the devotional music of Popol Vuh's Florian Fricke and the deep spiritual places of what would later be called holy minimalism (without any of the religious intents of the afore-mentioned references), with a surprising anticipation of the crystalline sparseness of pieces like "Fur Alina" by Arvo Part, and a feeling of intense suspension of time that can be associated to some of the most intimate compositions of Ligeti or Morton Feldman, yet maintaining a definite position outside the contemporary music of serial and academic inspiration.

"These recordings sound as they feel self contained, introspective, and determined, you can feel in the music a sort of necessity that can be rarely found, as in Bill Fay's "Time of the Last Persecution", or in Nick Drake's "Pink Moon": this enormous weight that is bearing on it's creators, the absolute need to exorcize it from their lives, a moment in time where you are invited to hear artists truly in contact with their existence. Luciano Cilio holds that moment in time, an authentic emotional testament, something to be cherished" has written Jim O'Rourke in his inspiring liner notes. 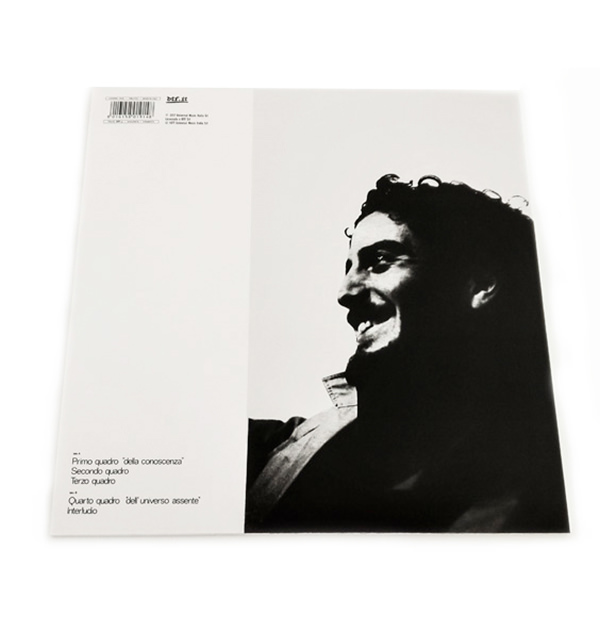 Born in Naples in 1950, Luciano Cilio has joined his university studies in architecture and scenography to music, collaborating in the 60s and '70s with several non-conventional musicians (as Alan Sorrenti and Shawn Phillips) developing surprising intuitions about the relationship between gesture, words and music. Sitar and guitar virtuoso, excellent pianist, Luciano Cilio was "essentially self-taught concerning the music composition", and focused his research on long sustained sounds, on the sound in its primary and internal meaning, at the outset on the melodic, rhythmic and harmonic entities, to "re-enter the sound, hold it, hold it... and finally let it go.

His short yet intense career officially begun in 1977 with the publication of a full-length album titled "Dialoghi del presente", composed between the end of the '60s and early '70s. The album, released in 1977, went almost unnoticed and was soon forgotten, and that influenced deeply the complex personality of the composer. Unexpectededly, in 1983, he committed suicide, leaving this unique gem as a testimony of a genius'work.
"Most records create an imagined world, a place between author and audience, a neutral ground where you are expected to meet; but on these special occasions, you can feel as if you are listening in to a private conversation, overheard discreetly, but clearly. This record is not just a collection of musical pictures, but a large canvas painted with the air it was made in, like a private room never to be visited again, but remembered vividly when something like the way light hits a room or the smell of damp cinders brings it all back with overwhelming vividness. Cilio holds that moment in time, an authentic emotional testament, something to be cherished." (Jim O'Rourke) 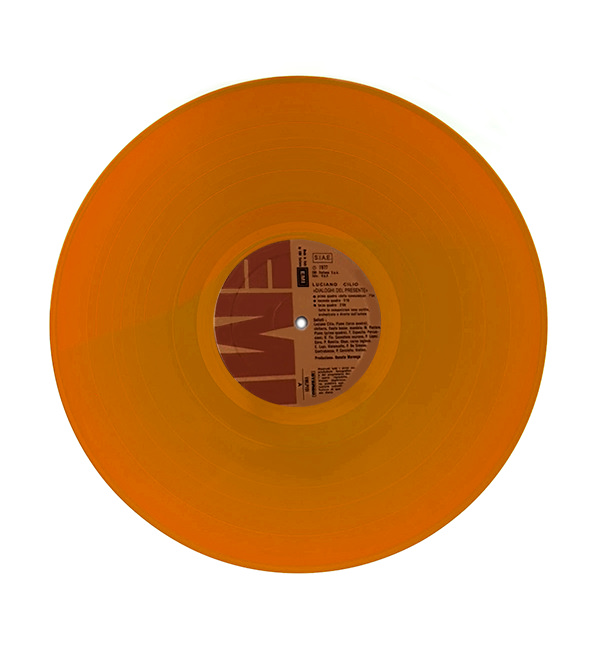