A genuine holy grail album finally available again on wax. Exact LP repro edition. "It was in Paris in 1968 that Marion Brown and Gunther Hampel made their first proper record together, Le Temps Fou, a soundtrack for filmmaker Marcel Camus' Un Été Sauvage, with McCall, Jackson, expatriate American bassist Barre Phillips and percussionist Alain Corneau. Both the film and the recording are scarce, so much so that Brown was unaware the LP had even come out. The French arm of Polydor did release the date briefly, and it's in demand among soundtrack and funk aficionados for the tune "Boat Rock," which, despite freewheeling collective horn improvisations, does have a relentless vibes-bass-drums backbeat. Yet the fragmentary, event-oriented freedom posed by Porto Novo is one precedent for this music, as is the loose, open framework of Hampel's own group at the time. The title track has a catchy, singsong melody, slinky in a film-program manner, but quickly opens into a collective improvisation that breaks down into occasional solo and trio areas. Terse trumpet bleats and alto squeals are met with curt melodic snaps and clanks from vibes, McCall's sea-swells, Phillips' dusky sonata snippets, and Corneau's rattle of castanets and slide-whistle. Phillips' composition "Cascatelles" follows, initially a duo for bass and bass clarinet before it's ensnared by the seismic counterpoint of Brown and Jackson. McCall is simply huge, a force of nature even when his cymbal taps and tom rolls are at their lightest and most fleet. The alto-trumpet dialogue that closes the piece moves from slashes to aching contrapuntal beauty, a bluesy weight that takes Phillips' woody ignition to another level. "Ye-Ye" revels in collective textures similar to the title track, though without the tuneful opening – here, Brown skitters and bounces off Hampel and Jackson (at times even playing a second mouthpiece), building fierce, jagged glossolalia off tonal jabs and rhythmic tides. What's especially interesting about Le Temps Fou is how vastly it differs from Brown's work of the mid-60s, how much more openly it investigates tonal colors and lets dynamics create themselves. Brown's tone and phrasing are more mature, surefooted, and measured, but the main difference is in the rhythmic choices offered by Hampel and McCall (a very loose drummer schooled in bebop fundamentals), which have an openness that never becomes (as with brief Dutch association) antagonistic." Paris Transatlantic 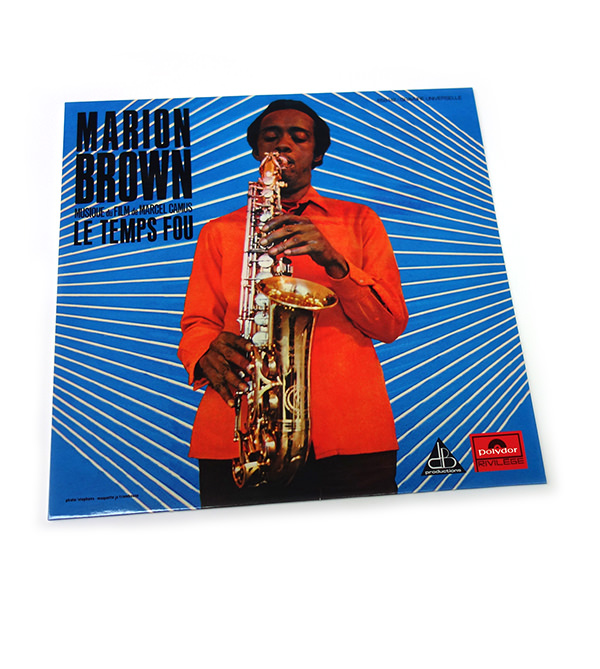