25th Anniversary reissue in clear jewel-case with 12-page booklet. Few records have alienated audiences like Lou Reed’s 1975 double album Metal Machine Music. Each side bore a single track lasting exactly 16 minutes and one second. There were no drums, no singing, and no songs. Instead, waves of shrieking guitar feedback created a brutal sonic assault which, thanks to the locked groove at the end of side four, was literally never–ending.  Deleted by RCA after two weeks on sale, the album attracted the highest number of returns of any record ever. Since then, it has been widely dismissed as a bad joke or a two–fingered salute to the record label, and the name Metal Machine Music has become synonymous with ‘unlistenable’. What’s more, unlike much ground–breaking music from the ’70s, it sounds every bit as jarring and difficult today as it did 30 years ago.

Metal Machine Music thus has a claim to be the purest ‘guitar album’ ever made, since no other sound sources were involved at all. “What I did is I had a bunch of 4x12 amplifiers, and I would set them up with various repeat and tremolo units, and then I would tune all the strings to a certain note, and then I would figure out a good distance to have the guitar in proximity to the cabinet, and then it would start feeding back naturally. And then I would have another guitar doing the same thing from another 4x12. And then these harmonics would hit one another, causing a third one. And I would be playing another guitar over those, while I was recording it.

“I had a three–speed reel–to–reel. Sometimes while I was recording it I would overload the reverb, or sometimes I would change the speed of the tape. I didn’t make any loops. I don’t think it was a four–track recorder, I think it was stereo. I don’t think you could overdub onto that; I don’t actually remember, but it would have been pretty hard.”  The recording took place in Reed’s New York loft. “I was living in an industrial part of town, put it that way,” he says, when asked how his neighbours felt about the deafening racket emerging from his apartment. “You would have to do a lot more than that to get any attention.” And was the album’s brutality and harshness a reflection of those surroundings? Not consciously, but Reed admits that “You’re probably the product of your environment. It’s hard to imagine someone in Bath doing an album like that!”

The idea that Metal Machine Music was some sort of prank on Lou Reed’s behalf probably stems from the one element he didn’t create: the sleeve art. In a desperate attempt to make the album marketable, RCA used a live photo depicting the artist in leather–clad Rock & Roll Animal pose, deluding shoppers into thinking this was going to be of a piece with hit albums like Transformer. This certainly wasn’t Reed’s idea. “I didn’t want it to be confused as a rock record with songs on it,” he says. “I went to talk to [legendary label boss and A&R man] Clive Davis about what could I do with it, and he said ‘Why don’t you try putting it out on a classical label so it doesn’t get confused with your rock stuff? Make sure it says that there are no vocals, no songs.’” Reed had to content himself with nonsensical liner notes that mocked the pompous ’70s trend of listing the equipment used to make the album (‘Electro–Voice high filter microphones’, ‘Distortion 0.02 bass and treble ceilings’).

Details
Cat. number: 744659975226
Year: 2008
Lou Reed’s 1975 album has been called one of the worst albums ever made. The truth is it is the product of genuine love and passion, still exhilarating and bursting with possibility four decades on | Read more 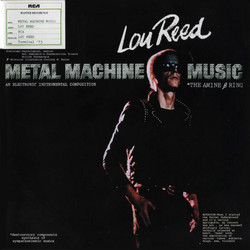 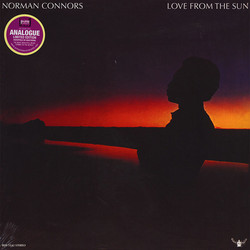 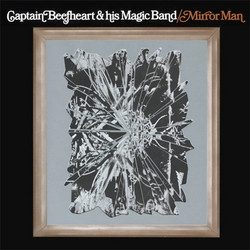