**Limited edition orange vinyl** You couldn't do much better than beginning with 1971's Tago Mago, freshly reissued in vinyl format. It's a colossus of an album, the product of a band that was thinking huge, pushing itself to its limits, and devoted to breaking open its own understanding of what rock music could be. The core of Can was four German musicians from wildly different backgrounds-- when they initially came together in 1968, two of them had studied with composer Karlheinz Stockhausen, one had played jazz, and one was a teenage guitar whiz. They recorded soundtrack music and a few straightforward rock songs early on, but what they were really interested in doing was going beyond kinds of music for which they had language. Mute finally release the CAN studio album reissues individually on vinyl. The albums were mastered and cut to vinyl by Kevin Metcalfe at The Soundmasters, London. 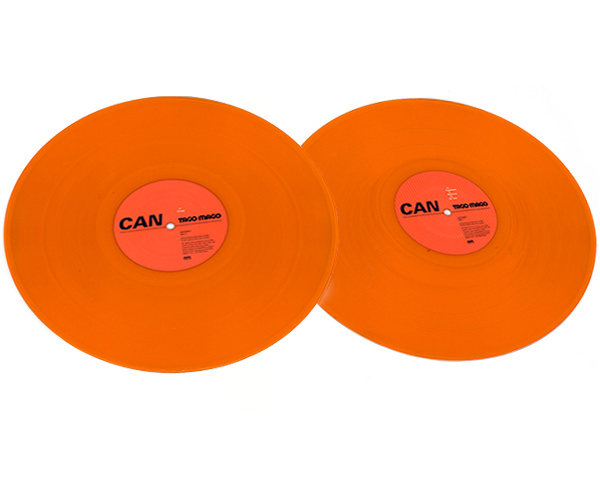 Remasters and vinyl processing was coordinated by long time collaborator, Jono Podmore. Of all the band’s oeuvre, Tago Mago has been most often cited as the most influential and features the Can line up of Holger Czukay on bass, Michael Karoli on guitars, Jaki Liebezeit on drums and Irmin Schmidt on keyboards, and was recorded at Schloss Nörvenich in 1971. 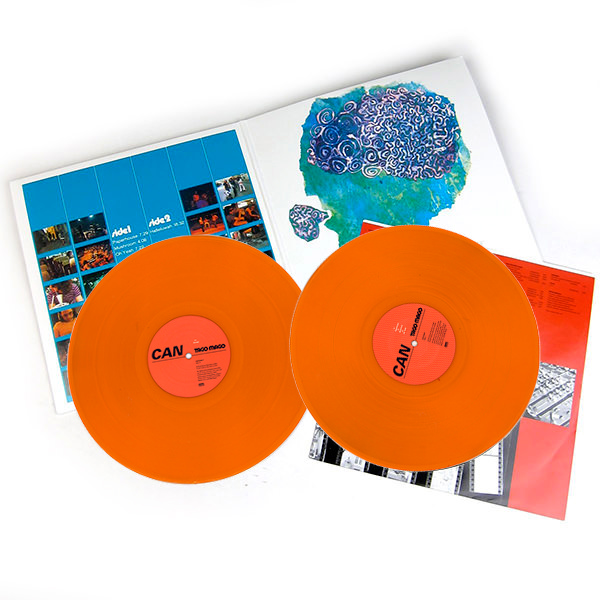 All compositions and arrangements by Can on Sleeve (inside gatefold)
All music & lyrics by Karoli, Czukay, Liebezeit, Schmidt, Suzuki on Disc 2's Inner Sleeve