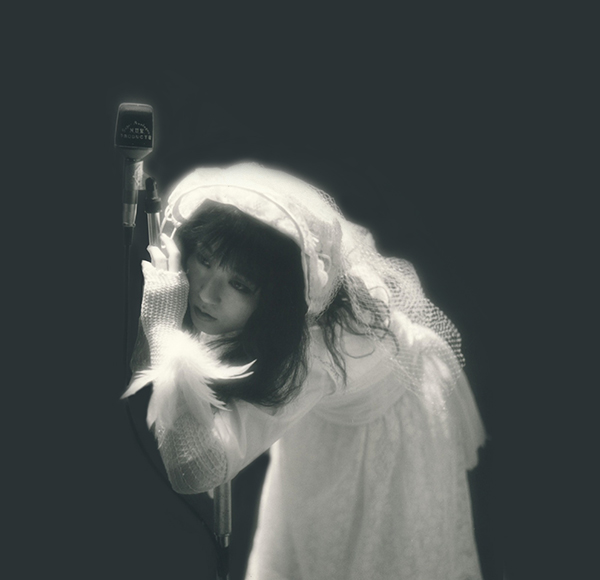 Easily one of Soave's most impressive and mind-bending releases to date, the Milan based imprint returns with “1982 -85”, a collection comprising all of the early recording made by After Dinner, one of the most visionary musical collectives to ever emerge from Japan. Drawing upon new wave / post-punk, traditional Japanese music, experimentalism, and avant-garde rock, the band's singular sound roars from the past, still feeling like it's part of the future nearly four decades on. Absolutely incredible and bound to become one of the most celebrated albums of the year.
By Bradford Bailey, 19 October 2021

Over the last five years, the Milan based imprint, Soave, has become a widely celebrated vehicle for historical efforts by the Italian avant-garde, bringing forth incredible reissues by Giusto Pio, Riccardo Sinigaglia, Arturo Stalteri, Roberto Musci, Giovanni Venosta, and numerous others. Now they’re back, casting their unique vision further afield with After Dinner’s 1982 -85, a stunning survey of one of the most singular, important, and all too often overlooked projects to have ever emerged from from Japan. Blending left-field pop, post-punk, and visionary, folk tinged experimentalism, the LP - issued in both black and orange vinyl editions - is an absolute revelation, setting the stage for a necessary, full fledge reappraisal of the band’s astounding sounds.

Formed under the guiding hand of its vocalists Haco, who would go on to create a noteworthy body of solo work and collaborations with Acid Mothers Temple, Otomo Yoshihide, David Toop, and numerous others, After Dinner was a loose collective of ten musicians, all drawing upon their diverse individual backgrounds - new wave / post-punk, traditional Japanese music, experimentalism, and avant-garde rock - to form one of the most singular, cohesive sounds to emerge from Japan across the '80s. 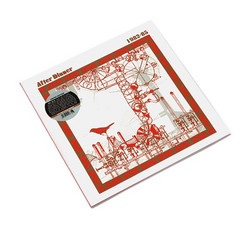 Despite having slipped into relative obscurity, with very little know or spoken about them over the last three decades since their dissolution in 1990, from the beginning After Dinner seemed destined for success, receiving wide international acclaim within underground and free-music circles upon the release of their first self-titled single, issued by Kageroh Record in 1982, and their first LP, Glass Tube, released by Kang-Gung Records in 1984. Riding the momentum, the band toured widely, and eventually signed to Chris Cutler's legendary imprint, Recomended Records, which released their final three LPs (A self-titled compilation in 1984, 1988's Souvenir Cassette, and 1989's Paradise of Replica) and helped introduce them to an even broader audiences. Amongst a catalog that featured the Art Bears, Faust, Third Ear Band, Sun Ra, Slapp Happy, Henry Cow, ZNR, Camberwell Now, and countless others, it’s hard to think of a context where the singular sound of After Dinner would make more sense.

Soave’s stunningly produced 1982 -85 gathers the entirety of After Dinner’s difficult to find material that predated their signing to Recomended, their first LP, 1984’s Glass Tube, augmented by their first single, and a bonus track, The Room of Hair Mobiles, originally released on Celluloid’s Welcome to Dreamland compilation in 1985. Spanning 11 tracks of the most out-there and experimental material that After Dinner ever produced, the band pushes relentlessly forward within a seamlessly evolving pallet of chanting vocals, off kilter melodies, broken rhythmic percussion, field recordings, vocal and instrumental long tones, and wonky electronics, creating a music that unparalleled anywhere, and completely defies being anything other than genre entirely its own.

Tense, visionary, overwhelmingly beautiful, 1982 -85 is an aural slap to face that is bound to cause those unfamiliar with this material to question everything they know. It's confounding that After Dinner were allowed to slip into obscurity for so long. Let's hope this marks their return. These sounds are so far ahead of their time, while harnessing something profoundly fundamental and human, they appear to belong as equally to the future, as some unknown, far flung electronic past. Stunning and 10 out 10, 1982 -85 - available in a standard edition on black vinyl, or in limited edition of 100 copies on orange vinyl, both housed in a sleeve the beautifully reproduces the original “Glass Tube” cover design - is accompanied with a 24-page booklet, complete with text and rare photos. Impossible to praise enough, this is sure to become one of the most celebrated reissues of the year. Soave has done it again!