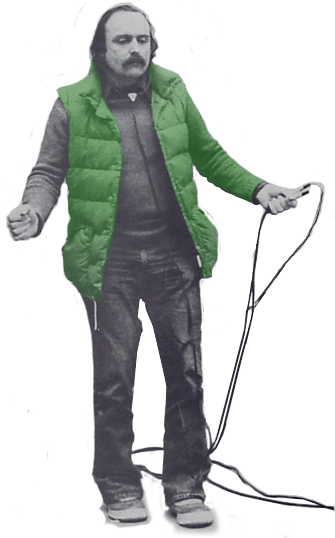 «This is the fulfillment of a dream for a new kind of music. There is nothing like "Vespers" in the literature of music. It is a completely new way of defining what music is, and the definition is given to us in a purely realized form.» - Robert Ashley
By Bradford Bailey, 21 May 2020

Since its advent within the broader of movement of modernism during the early years of the 20th century, avant-garde music has almost always struggled to reach the audience for which it was conceived. It is a diverse creative territory, forward thinking and radical by nature, that pursues the unknown, attempting to create new forms of organized sound that are more democratic, accessible, and open than those of the past.

Emerging during the late 1950s and across the 1960s, the second generation of the post-war avant-garde can be regarded as a representational return to the ideologies that define the practice. As a result, they collectively created what is arguably the most revolutionary body of thought and action within 20th century music. 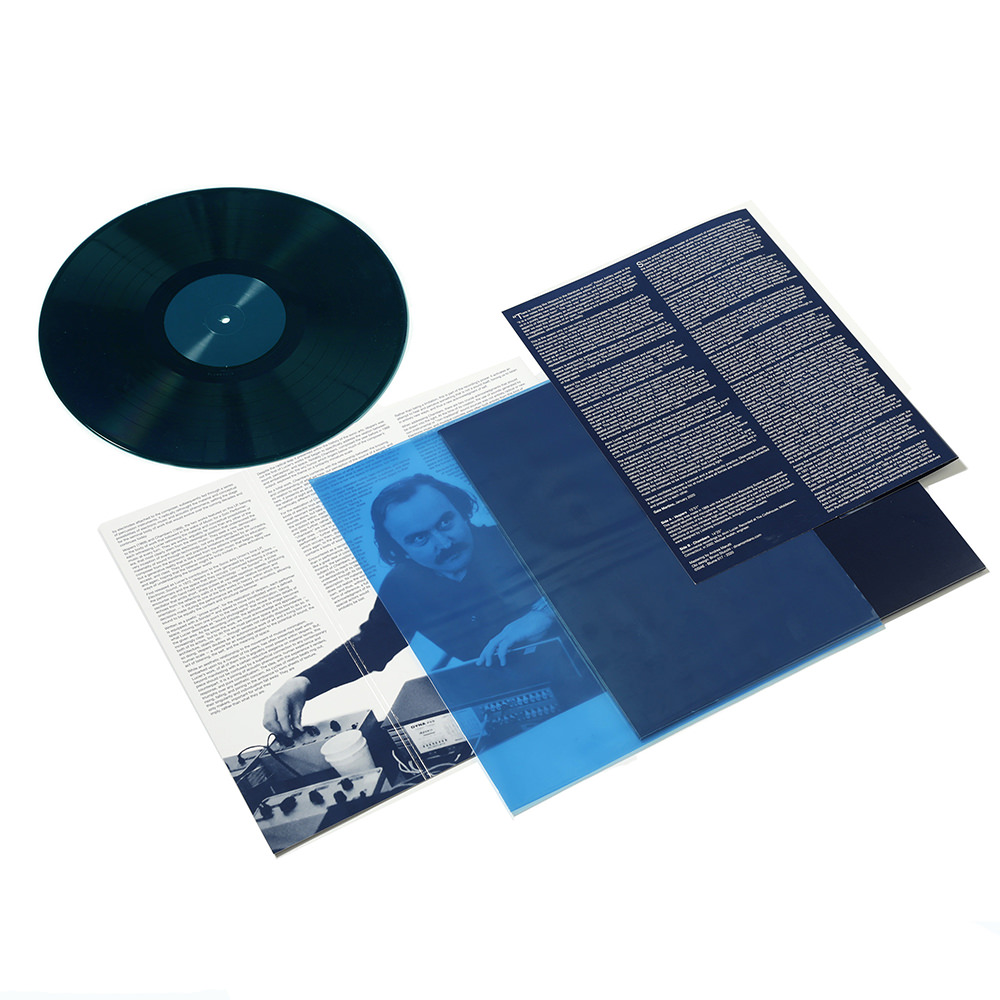 Among the most important, influential, and radical of this generation is Alvin Lucier, a towering figure in the field. Already active on the scene for a number of years, Lucier’s entrance into the public and creative consciousness occurred in 1966 at the now legendary ONCE Festival, in Ann Arbor, Michigan, where, as a member of the newly formed Sonic Arts Union, a collective founded with fellow composers, David Behrman, Gordon Mumma, and Robert Ashley, he performed his groundbreaking work, Music for a Solo Performer, composed the year before.

espers (1969) and Chambers (1968), the two works featured on this LP, witness Lucier rethinking the material and conceptual possibilities of music at every turn. First released as Lucier's contribution to the Sonic Arts Union's lone LP, Electronic Sound, in 1972, Vespers is a work generated by two equal actors —the performers and the space that they occupy.

Conceived following a chance encounter with hand-held echolocation technology —the Sondol™, a pulse oscillator that emits short, sharp pulses at variable repetition speeds, producing echoes from the reflecting walls of a space to register relative location and orientation— it stands as one of the first works in history within which the decisions made during the performance are solely based on acoustics, allowing sound to be equally the content and structural determiner. 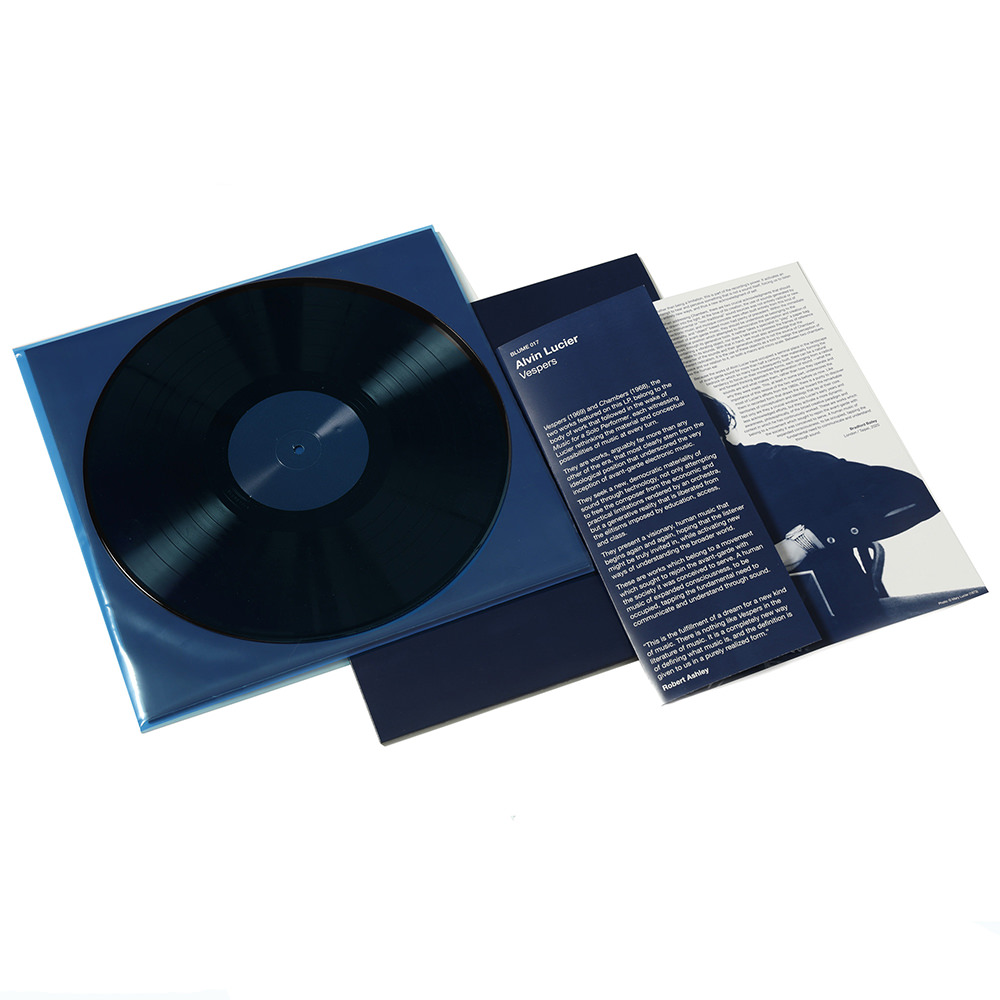 Written as a poetic "prose score", for the realization of Vespers, each performer is equipped with a Sondol™ and asked to move blindfolded within a defined space, moving from one point to the next using only echolocation, taking what Lucier describes as "sound photographs" that reveal discrete details of the given area. As the recording unfolds, the aptitude of this image becomes increasingly clear.

While an aesthetic relationship to the movement of musical minimalism, embarked upon by a number of his peers, has often presented itself within Lucier's work, of all of them this is arguably most present within Vespers.

Despite the radical leap it presented within the history of the sonic arts, Vespers was not the first of Lucier's works that began to specifically address the relation between sound, perception, and space. Notably Chambers, composed the year before in 1968 and embedded with the wry humor which lingers below much of the composer’s output, explored the theme on a brilliantly miniature scale. 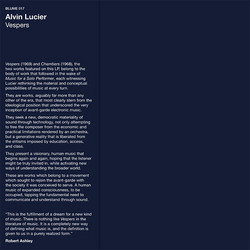 As a total work, Chambers contends with the relationship between the knowing and understanding of what we hear, our perception of the source of a sound, and its relation to space. When viewed in the immediate context of Vespers, as it is here, it presents as an unexpected inversion of what was to come. While it plays on the relation of sight and the sonic actor, here what is seen and unseen takes on a dynamically different role. Equally, there is not one space to perceive, but many. 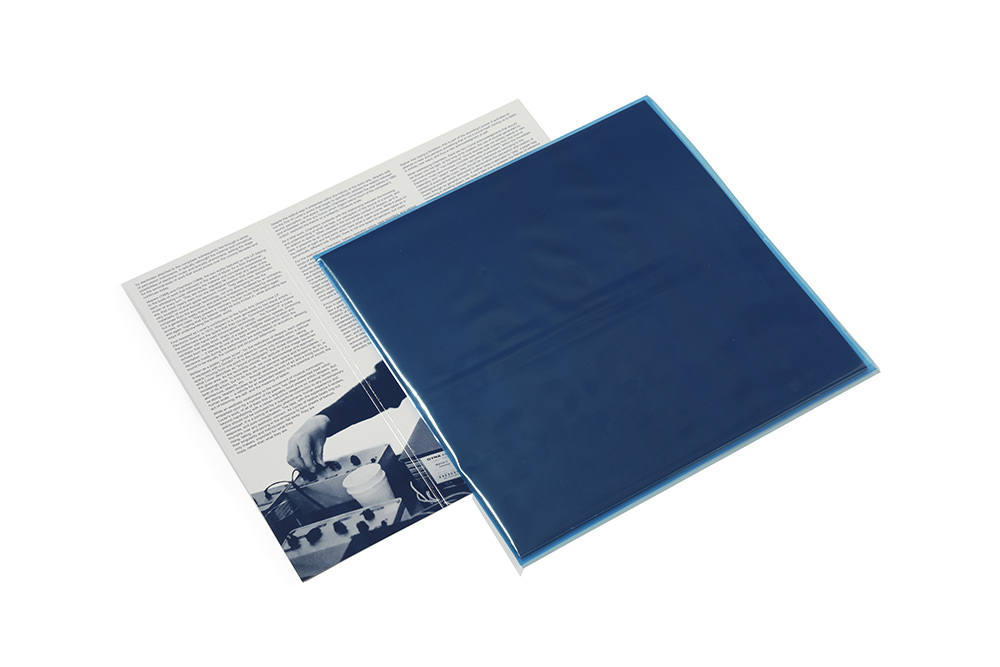 For the realization of Chambers, battery-operated radios, tape recorders, and various kinds of electric toys are hidden in paper bags, shoes, kettles, a suitcase, and other small resonant spaces, which not only limit the perception of these object to their sounds alone, but take on the role of acoustic actors on the sounds within, each space becoming as individual and distinct as the object it contains. Taking it one step further, rather than being static, these "chambers" are carried by performers into larger ones —those in which the work is performed— further altering the sounds which occupy them, drawing the ear, once again, to the action of that which contains a body of sound.

Because the works of Alvin Lucier have occupied a seminal place in the landscape of avant-garde sound for more than half a century, their materiality forming the bedrock on which so many have subsequently built, there can be a natural tendency to focus on their immediate forms, each springing from a radical and forward thinking approach to the generation of sound —what the sounds are and what makes them, rather than how they operate and why they were made. This, at least in some part, underscores the importance of this reissue of the two works before us now.

Like most of Lucier's efforts from the 1960s, there is a purity to discover them in recorded form that draws the ear toward the remarkable territories of conceptualism and ideology that lay at their core. Not only are they a crucial window into Lucier's early years and less acknowledged efforts, but they activate a more dynamic awareness, philosophically, of the broad creative paradigm and context in which he has continuously worked. These are works which belong to a movement which sought to rejoin the avant-garde with the society it was conceived to serve. A human music of expanded consciousness, to be occupied, tapping the fundamental need to communicate and understand through sound.

Vespers is released by Blume in an edition of 300 copies on 160gr audiophile coloured (dark blue) vinyl, housed in the label's traditional monochrome package coming with a newly designed obi-strip/insert with an introduction by Robert Ashley, liner-notes by Bradford Bailey and Gaia Martino, and also including a printed inner sleeve housing a Nagaoka anti-static record sleeve, plus an all-new transparent colour-matching outer plastic sleeve.