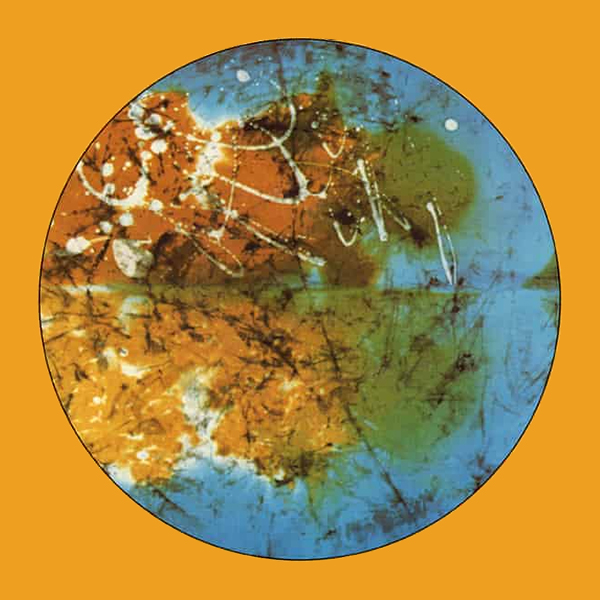 Wonderful, experimental, and drawing on a vast number of cultural traditions, at long last comes the first ever vinyl reissue of Arica's seminal third LP from 1973, "Heaven", via Tidal Waves Music. A true immersive joy in sonic exploration adn spiritualism, there’s little else like it. Absolutely impossible to recommend enough!
By Bradford Bailey, 22 November 2020

Within the collective body of countercultural musics that flowered during the 1960s and '70s, among the fascinating and difficult to approach are those connected to the many forms of spiritual and social awakening that helped define the era. Not only were many of these artifacts, privately issued and incredibly difficult to unearth - the products of individual journeys and bands formed within communes and cults - but during the 1980s, as the once radical generation of baby-boomers increasingly embraced the neoliberalism of Thatcher and Reagan, they became widely regarded as the byproducts of an indulgent and naive hippie dream that had gone wrong, and thus viewed with a certain amount of distain. It wasn’t until the early 2000s, with the rise of new generation of sonic explorers who began digging in crates, hunting for unsung creative accomplishments, that some of these singular music gestures began to appreciated for the value that they truly held. Among the most coveted of these are three LPs released between 1972 and 1973 by a mysterious group, Arica, who were associated with the  ‘Arica Institute’, a spiritual organization based in the United States and led by the Chilean mystic Oscar Ichazo. Wonderful, experimental, and drawing on a vast number of cultural traditions, its little wonder that the group's albums as rare as hens' teeth and command significant prices on the collectors market. Now, at long last, we are thrilled to highlight the first ever reissue of the group’s third release, Heaven, via Tidal Waves Music. A true immersive joy in sonic exploration, there’s been little else like it before or since.

Of who made the music that sprawls across Arica’s LPs, little is known. There are no individual credits offered, other than that of the band’s name, and the inscription that adorns the back of 1973’s Heaven. “We are many people with one goal: unity in the human body. Humanity is only one spirit.” There is some speculation that the albums were intended as promotional material for the  ‘Arica Institute’ - a spiritual organization, widely regarded as a cult, based in the United States and led by the Chilean mystic Oscar Ichazo - to which the band members belonged. With the spiritual application offered to each composition in the albums’ liner notes, there is certainly a connection to a belief in relation between music and elevated consciousnesses that bears a strong relation to the ideas of G.I. Gurdjieff, as well as musical efforts by followers of Bhagwan Shree Rajneesh, like Deuter.

Heaven, the project’s third and final release until 2012’s archival album, Music in the Nine Rings, unlike its predecessors - Arica and Audition  - that were privately issued by the Arica Institute, surprisingly appeared in 1973 on Just Sunshine Records, responsible for milestone albums by Betty Davis and Karen Dalton, among others. Reportedly recorded on a midsummer night in NYC, during which 100 Arica members, musicians and dancers gathered at Jimi Hendrix’s legendary Electric Lady Studio, and played until dawn. The final result - ten astounding works that bleed into a fluidly cohesive totality - is something else. Mediative drones play off of upbeat percussion and heavy grooves, all intertwining the melodious threads and rhythmic passages that draw heavily on Indian, East Asian, and North African tinges, collectively amounting to a rambling journey that veers from hippie jam session, meditation and acoustic ambient music, pure experimentalism, and polyrhythmic free jazz / avant-gardism.

A true marvel that has topped collectors want lists for many years and we never thought we’d see a reissue of, Arica’s Heaven is a true marvel of the highest order, and an astounding window into one of the most fascinating threads of sonic pursuit to emerge during the '60s and '70s. An immersive journey that’s not to be missed. This one is going to fly off the shelves. Issued on 180g vinyl in a limited edition of 500 copies, packaged in a gatefold sleeve with the original artwork, photographs and liner notes. Don’t sleep!