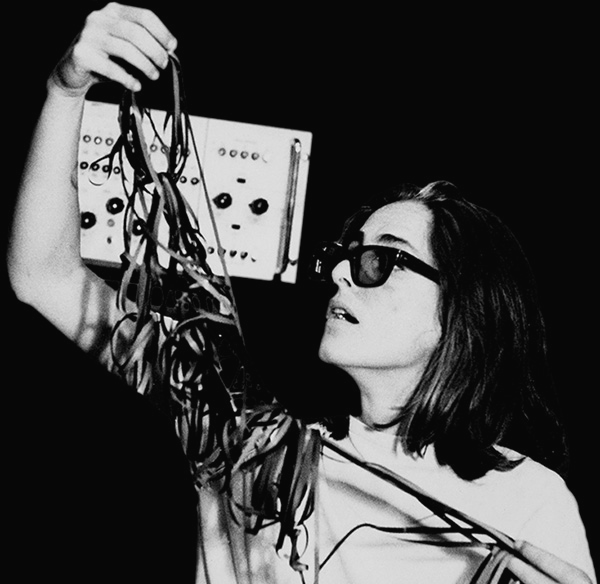 Persistence of Sound presents the first album of new recordings from Ferreyra in a decade with the sublime "Huellas Entreveradas", featuring three absorbing, previously unpublished 21st century works. As she approaches her 83rd birthday, the electro-acoustic composer continues to meld wit, introspection, and a deep sense of humanity into music of ineffable beauty and mystery. On the other hand, still fresh from the press and also the perfect introduction to her work, "Echos +" is a collection of pieces recorded between 1978 and 2007 which was released by Room40.
By Peter Margasak, 12 May 2020

Over the last couple of years, with vital reissues coming from Recollection GRM and Room 40, the vast oeuvre of composer Beatriz Ferreyra has finally gotten the reconsideration it so richly deserves. Now, the young London imprint Persistence of Sound presents the first album of new recordings from Ferreyra in a decade with the sublime Huellas Entreveradas, featuring three absorbing, previously unpublished 21st century works. As she approaches her 83rd birthday, the electro-acoustic composer continues to meld wit, introspection, and a deep sense of humanity into music of ineffable beauty and mystery.

Ferreyra was born in Buenos Aires, Argentina in 1937, where she began her career as a pianist, but in 1962 she headed to France to study with the legendary Nadia Boulanger. She soon became fascinated with concrète and electronic music, studying under Edgardo Canton and later expanding her knowledge with lessons from Earle Brown and György Ligeti. But her most meaningful early experience came when she became a research assistant to Pierre Schaeffer at the Groupe de Reserches Musicales in Paris, where she created her own innovative multi-channel tape works and collaborated with Henri Chiarucci and Guy Reibel. 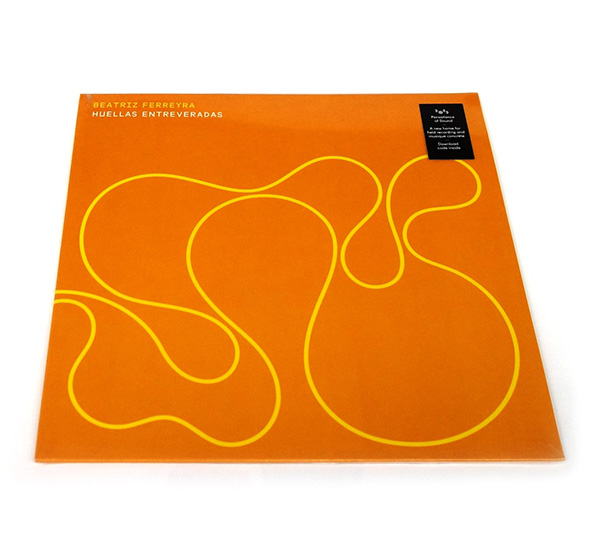 While she maintained ties to GRM and wrote new music for its concerts and festivals, in 1970 she set out on her own. In the decades since she’s produced dozens of fascinating compositions—to say nothing of numerous scores for theater and film—and while she has switched to Pro Tools as her primary work platform, she continues to turn to her trusty Revox tape machines to achieve effects not possible with digital software.

Her own research project focused on “Objets Construits” (constructed objects), in which brief snippets of sound on individual pieces of tape are painstakingly analyzed before beings assembled into meticulous, mixed assemblages where speed, dynamics, and harmonies produce fluid, sometimes jarring narratives through intense trial-and-error experiments.

Beatriz Ferreyra’s music is full of surprises and its emphasis on motion—of sonic objects, volume, and density—is marked by an uncanny, sinuous grace.

The sidelong title piece (in English: “Intertwined Footsteps”), from 2018, returns to Ferreyra’s ongoing love for the electronically-manipulated voice—here transformed into elusive, abstracted swirls, rushes, shimmers, smears, and groans that unfold in both gentle transitions and tornadic eruptions—to forge a walking journey through an alien world.

On the lighter but no less riveting side is La Baballe du Chien Chien à la Mé-Mère (The Ball of the Old Lady’s Dog) from 2001, which the composer explains “is specially conceived for people who have one or more dogs of any breed, size, colour, degree of ferocity and I.Q.” The piece takes a game of fetch as its starting point and transforms itself into a battle of wills without abandoning a sense of playfulness. The final piece, Deux Dents Dehors (Two Teeth Outside), from 2007, was composed for Bernard Parmegiani’s 80th birthday. 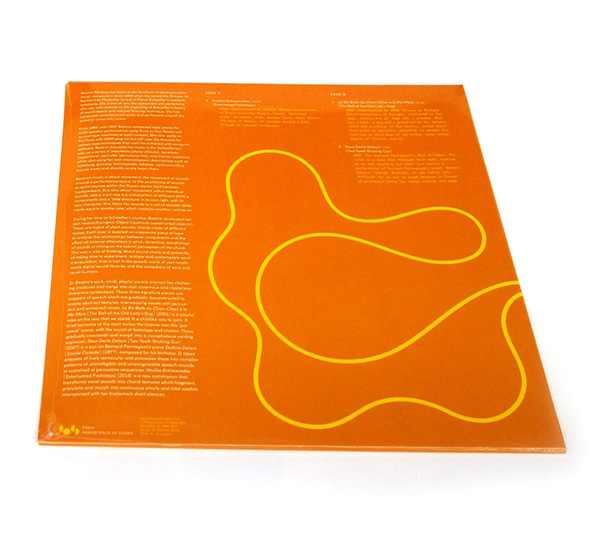 Still fresh from the press and the perfect introduction to Beatriz Ferreyra's work, Echos + is a collection of pieces recorded between 1978 and 2007 which was released in late march by Room40. Here is how musician and label owner Lawrence English describes his encounter with the music of Ferreyra and the contents of the album. 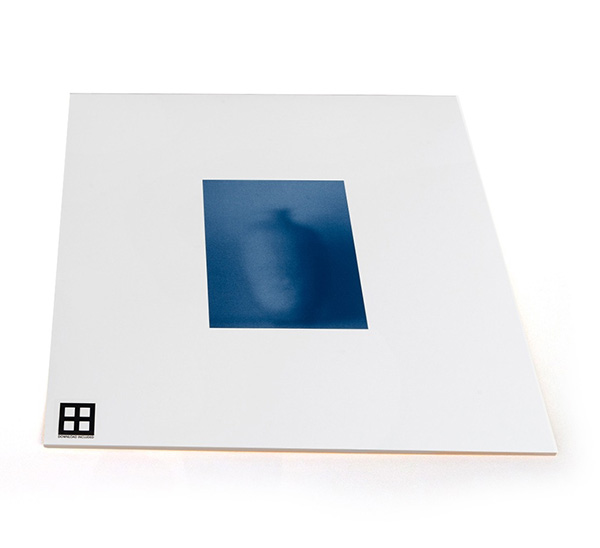 "I’m not really sure when I first heard Beatriz Ferreyra’s music. My best guess would be in the early to mid 2000s when I was working alongside the curatorial team at Liquid Architecture. Given the focus of the festival at that time, GRM and musique concrète more generally was very much a point of focus.

That said, it wasn’t until this decade that her work was sharply in focus for me (and I am guessing a great many others). In 2017, I had the great pleasure to meet Beatriz in Braga, where we both were performing as part of the excellent Semibreve Festival. Subsequent to that I invited her to perform in Australia and we also had the pleasure to spend time together this year in Rio during the Novas Frequencies Festival. Across these meetings, I have come to realise the incredible focus, generosity and vision that Beatriz has maintained across her life in sound.

Beatriz Ferreyra is one of only a few female concrè̀te composers who were active across the second half of the 20th century through to today. Her work, which is still very much an active investigation, is simultaneously complex and elegantly simple. Often drawing upon singular object of focus, Ferreyra’s use of tape and other forms of manipulation radically reconfigure her chosen sound materials, opening them outward. ‘Echos’ for example is sourced entirely from recordings of her niece who was killed in a car accident and ‘The Other Shore’ (composed as a response to the Tibetan Book of the Dead) uses only percussion.

'Echos +' brings together three of Ferreyra’s most engaging compositions. Each of the works are deeply personal, but transcend that position, effortlessly welcoming us inside them. They collectively chart out a broad framework that not only defines her philosophical interests as a composer, but also marks out critical moments in her creative and technical approaches; shifting from her roots in tape music to more digital approaches." 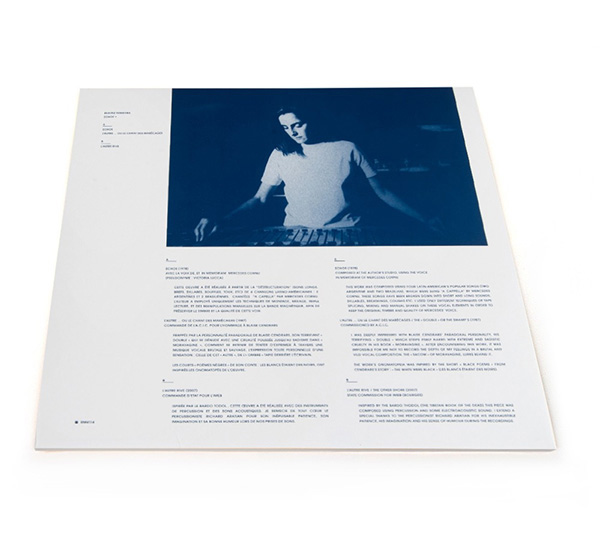