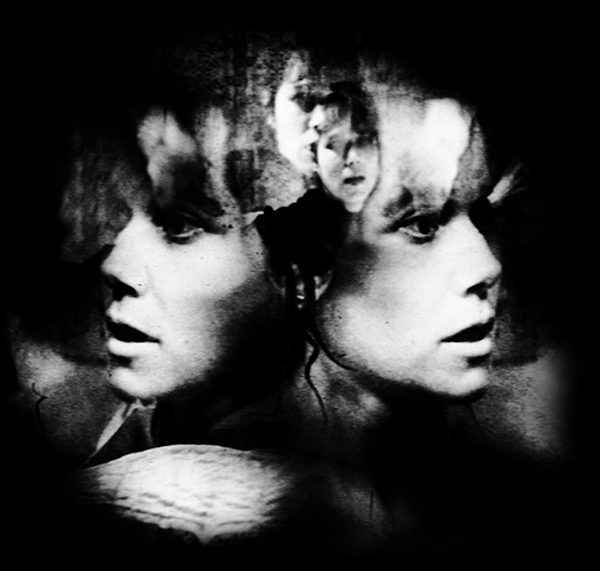 Purge.xxx returns, further delving into the incredible intersection of experimental music and film, with "All the Soundtracks (2005–2021)", an overwhelming beautiful release celebrating the working partnership between the Austrian filmmaker, Peter Tscherkassky, and the German composer Dirk Schaefer. Overflowing with incredible sounds that redefine the expectations of the interactions of sound and image, it gathers two vinyl LPs and a flexi disc of material, original writing, and further visual material into one of the most beautiful objects we've encountered all year.
By Bradford Bailey, 26 October 2021

Back at the beginning of 2021, we had the good fortune to profile the Portuguese imprint purge.xxx’s incredible double LP release of Takashi Inagaki's music for the films of Takashi Ito. Building upon that groundwork, as well as their standing catalog of incredible albums by Carles Santos, Bruce Gilbert, Frans Zwartjes, and numerous others, their latest endeavor, All the Soundtracks (2005–2021) - a collection documenting the remarkable partnership between Dirk Schaefer and Peter Tscherkassky - encounters them returning to the contemporary collision between experimental music and film. A radical byproduct of cross-disciplinary creative exploration and pure experimentation, its incredible sounds - sprawling across two full LPs and a 7" flexi disc - are as challenging and thought provoking as they come. Issued in a hand numbered edition of 250 copies on 140gr vinyl, housed in a screen-printed sleeve, containing two risograph inserts featuring original writing by Schaefer and filmmaker Tscherkassky, and further visual material by Tscherkassky, it’s among the most beautiful objects we’ve encountered all year.

Born in 1958, Peter Tscherkassky is an Austrian avant-garde filmmaker who, since the late 1970s, works primarily with found footage, forgoing technical advances to form a startling and singular body of work. Among the world’s most well-known and acclaimed experimental filmmakers, he has gaining accolades within numerous festivals over the decades, including Cannes, where his work, Instructions for a Light and Sound Machine, premiered in 2005. It was for this film that he began to work with Dirk Schaefer, the German composer noted for his use of a distinct total concept of sound scoring, within which he deploys music, speech and noise to compose ‘aesthetical units’ that actively intervene with their visual counterpart. Now bearing fruit for more than 15 years, purge.xxx’s All the Soundtracks (2005–2021) illuminates this remarkable creative partnership, issuing its sonic byproducts for the very first time. 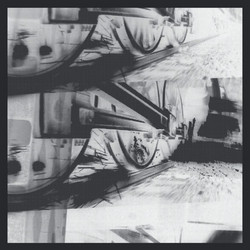 Each of the four sides of All the Soundtracks (2005–2021) is dedicated to one of the films that Tscherkassky and Schaefer have collaborated on, 2005’s Instructions for a Light and Sound Machine, 2010’s Coming Attractions, 2015’s The Exquisite Corpus, and his forthcoming Train Again, due later this year. Feeling remarkable specific, responsive, and distinct, while operating magnificently as a cohesive whole, even when encountered separately from their visual counterpoints, each soundtrack rises as a percussive, seething expanses of texture and tone, imbued with unexpected secondary narratives that drawn upon a pallet of field recordings and auditory fragments captured from an active, buzzing world, and electronic / electroacoustic interventions. Given the original context for which these sounds were created, perhaps most striking and unique is how much the imagistic impressions of each composition’s sources are retained, celebrated, and brought to the fore. Nothing is sublimated into raw sonorous material in the service of an image. Schaefer’s soundtracks appear as a powerful half of a playful battle being waged; an interventionary sonic universe demanding to be acknowledged and heard on equal or freestanding terms.

In addition to the four soundtracks composed by Schaefer for Tscherkassky’s films, the box set also includes a very special 7" flexi disc of the soundtrack that the filmmaker composed for his earlier film, Outer Space (1999), falling more explicitly into the territory of 'noise' than Schaefer’s effort, while working in perfect harmony and sympathy with them, revealing a sonic artist in our midst whose hand in the field deserves acknowledgement and celebration.

An absolutely stunning object, overflowing with astounding sounds and striking creative implications - leaving you desperate seek out Tscherkassky’s films - purge.xxx’s All the Soundtracks (2005–2021) is issued in a hand numbered edition of 250 copies on 140gr vinyl, housed in a screen-printed sleeve, containing two risograph inserts featuring original writing by Schaefer and filmmaker Tscherkassky, and further visual material by Tscherkassky. It’s crazy good and not to be missed.