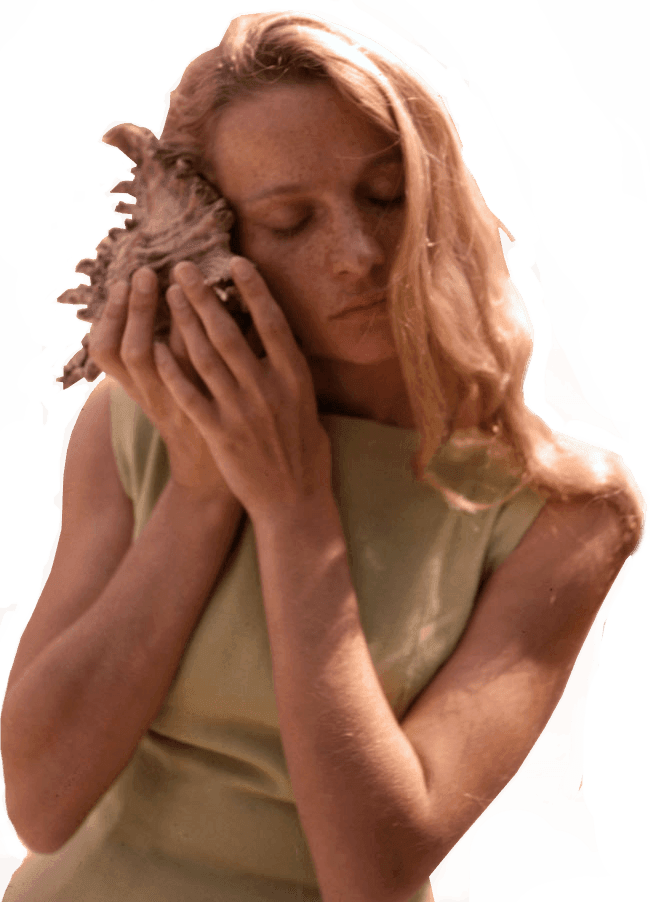 Éliane Radigue is among the most remarkable creative figures working today - a visionary mind who has quietly blazed trails for more than half a century, leaving an unparalleled body of work in her wake.
By Bradford Bailey, 18 May 2020

Finally reprinted, the long interview that Eckhardt had with Éliane Radigue, was made in several sessions throughout the period 2017-2019. It forms the body of this publication, where Radigue talks about her work, her reflections and underlying research, as well as her life history. The publication also contains a commented list of works and Radigue’s programmatic text on The Mysterious Power of the Infinitesimal.

Over the last decade or so, we’ve been graced with an ever increasing body of recordings - archival and new alike, by the seminal French composer, opening a clear window into how profound her thinking and creative vision is. Now from the viola player, curator, writer / thinker, and regular Radigue collaborator, Julia Eckhardt, we are thrilled to announce a deeply thoughtful text - Intermediary Spaces - built around the composer’s voice and ideas - a profound window into her world, in her own words. In a year of incredible books on avant-garde and experimental music, this one has to top the list. It’s just about as essential as they come.

Born in 1932, Éliane Radigue began her musical endeavours in Paris during the late 1950 and early 60’s, working under Pierre Schaffer and Pierre Henry, before quickly outstepping the limits of her mentors. First working predominantly with tape, during the early 1970s she made the radical switch to modular synthesis. Over the next three decades, drawing on her inward passage as a practicing Buddhist, she dedicated herself to an intimate relationship with her ARP 2500, exploring it endlessly - pushing not only her own notions of musicality endlessly forward, but, with it, the entire landscape of experimental sound. During the early 2000s, once again Radigue made an unexpected and remarkable shift in her practice, moving from synthesis to composing for acoustic instruments - most notably appearing as the sprawling, constantly evolving work, Occam Ocean, thus far issued in two stunning iterations by the French imprint Shiiin, and the point at which Julia Eckhardt, entered into the composer’s collaborative process - being, with Carol Robinson and Rhodri Davies, one of the three musicians which realized its first version.

The body of Intermediary Spaces, published by Umland, is built around a single, long form interview with Radigue, conducted by Eckhardt, utilizing her intimate knowledge of the composer’s work and practice from first hand experience. Delving into her work, reflections, underlying research, and relation to her own historical context, there is little doubt that the text will form a long term, central access point into Radigue’s remarkable world for decades to come. If that wasn’t enough, this crucial publication also contains a commented list of works and Radigue’s programmatic text on The Mysterious Power of the Infinitesimal. 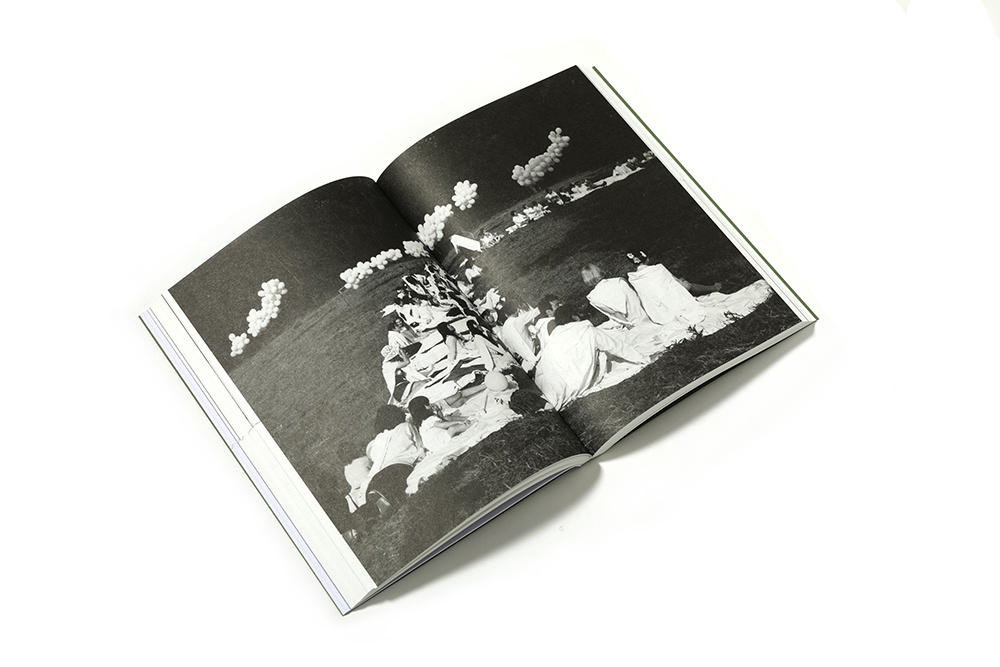 Éliane Radigue’s music is delicate, quiet, slow, on the cusp of immobility. It is a music of shades, di cult to describe with musical vocabulary. Its characteristics are sustained sound and low volume, with silence present as the place from where sound emerges.
It is music which provides listeners with a perspective on sound’s inner life. Many of Radigue’s pieces have a long duration; mi- croscopic observation of the subtle interac- tions of sound-phenomena needs time to develop at its own pace. Her music has o en been compared to drone music, yet although both share the use of sustained sound and duration, their purposes are fundamentally di erent. Drone is static, a sonic presence, whereas Radigue’s compositions are de ned in time and always contain a development, as minimal and barely-perceivable as it might be. While observing the behaviour of sound making its own music, we also observe our own perception mechanisms.  is music sharpens senses. At  first, melody, rhythm and tempo seem to be absent but, listening closely, they are in fact inherent to the sound itself. Melodic motifs emerge from the movement of harmonics; beats rise out of interferences and draw poly-rhythmic patterns.  is music does not demand the listener feel anything, nor react in any speci c way. Nothing is imposed; the listener has the freedom to accept it and get involved, or not.  e composer con- centrates her responsibility on the sounds and the creation of the most immersive listening situation. 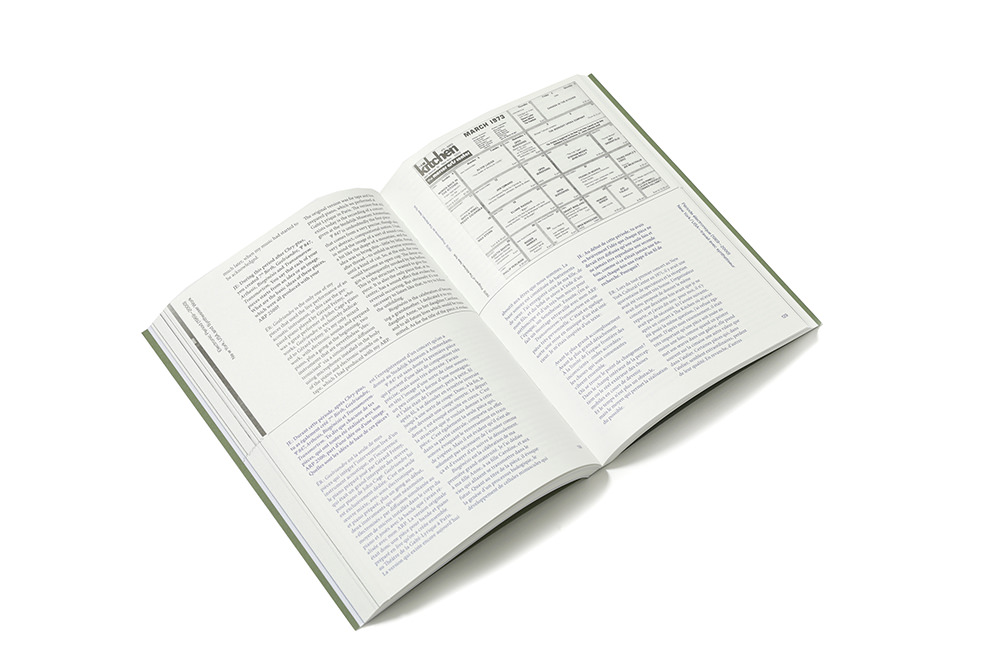 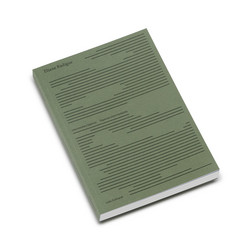 This publication draws a portrait on three levels:  rstly, of the emergence and development of a musical oeuvre of a very particular and innovative kind, which has come to be highly in uential in di erent  elds of experimental music; secondly, of the slice of history that made possible a music that thrives on the emergence of ana- logue electronic technology, which changed the  eld of music itself; and thirdly, the history of a female composer of the twentieth and twenty-rst century, in a time when society was undergoing rapid and fundamental political and social change.
Radigue holds a somewhat special place in this historical setting, notably in that she doesn’t belong to any of the artistic movements that emerged in the mid-twentieth century. Radigue never renounced the tradition of classical music but instead bypassed the then-official inheritors of that tradition, serialism and post-serialism. In serial music, she felt an absence of directness, emotional involvement, “hairs standing on end.” Radigue had a very strong and intuitive feeling that serial music, which she could have studied at a conservatory, wasn’t the music she wanted to hear, much less make. A time of radical searching was needed, however, to discover an alternative and then and ways to realise it. Her consist- ent and intuitive research into sound and music, their inner relations and reactivity, led her finally to acoustic music, but the road via electronic sound was vital. 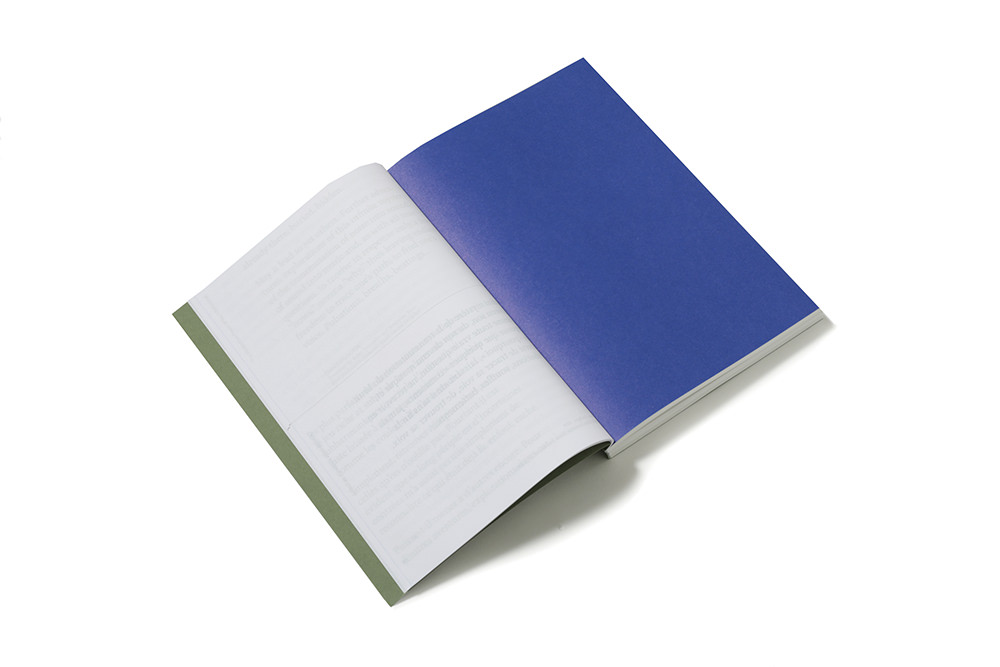 Julia Eckhardt is a musician and curator in the field of the sonic arts. She is a founding member and artistic director of Q-O2 workspace in Brussels for which she conceptualised various thematic research projects. As a performer of composed and improvised music she has collaborated with numerous artists and extensively with Éliane Radigue. She has performed internationally and released a number of recordings. She has been lecturing about topics such as sound, gender and public space and is (co-)author of The Second Sound, Conversation On Gender and Music, Grounds For Possible Music, and The Middle Matter, Sound As Interstice. 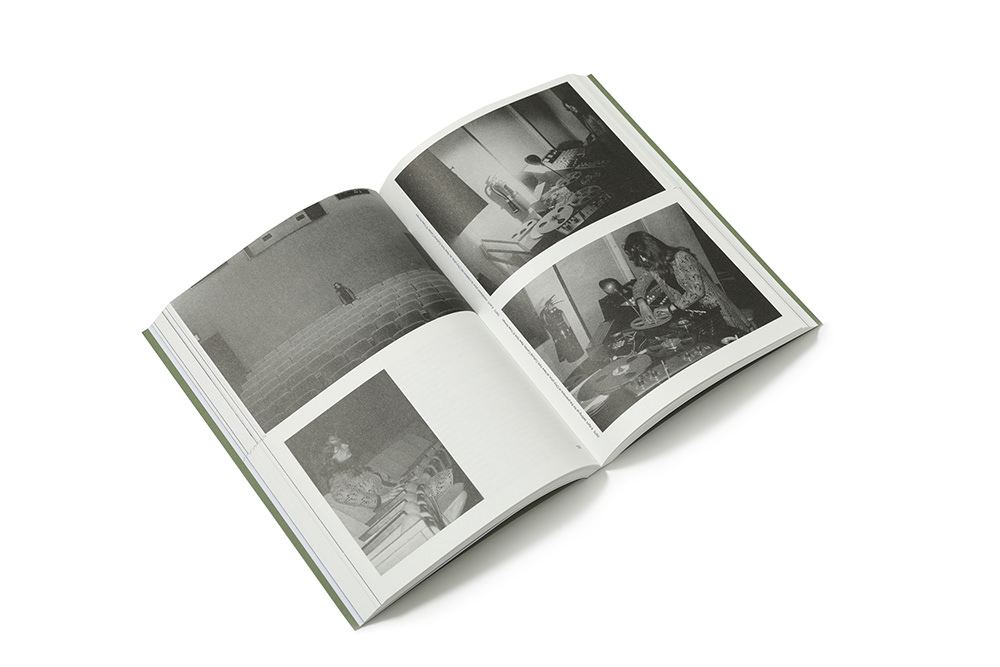 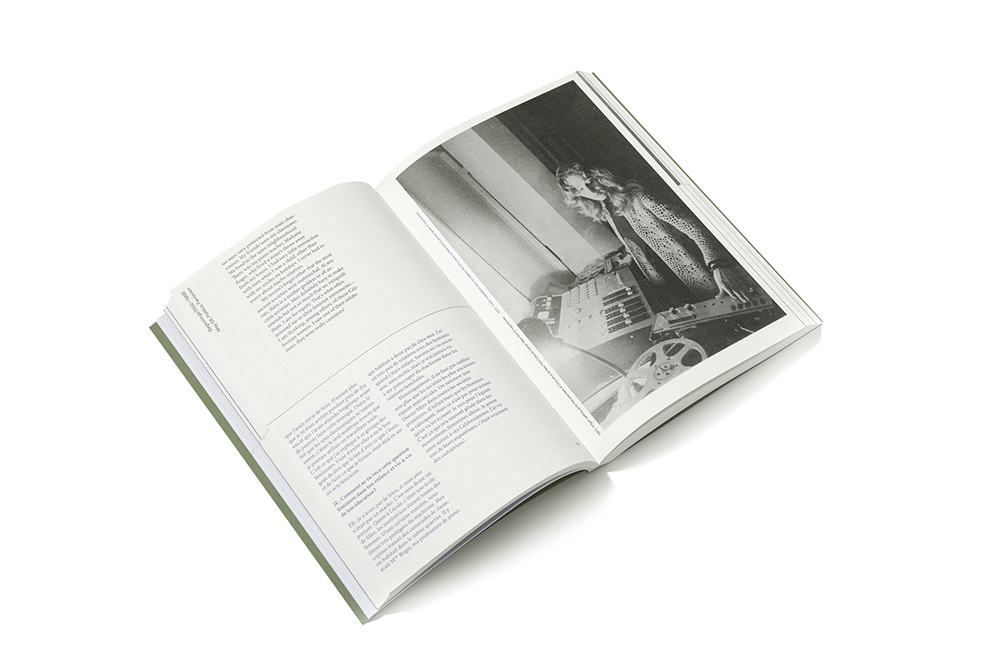