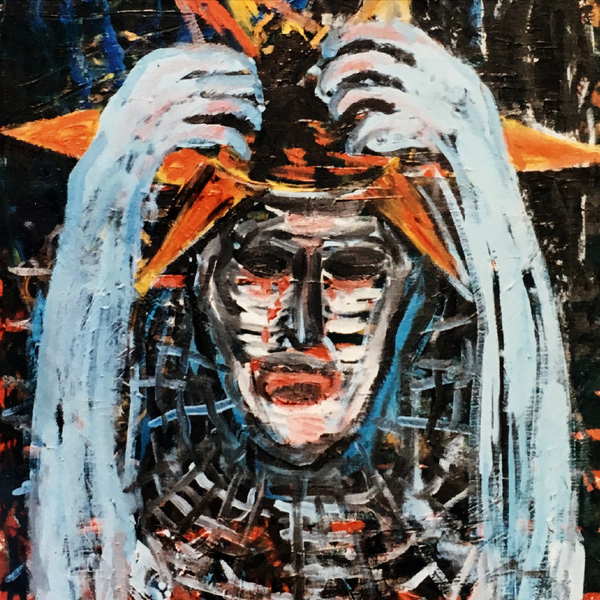 From the Henning Christiansen Archive comes two of the most ambitious of the composer's works to have yet emerged, the double LP, “Op. 163 Penthesilea”, and the monumental, 5CD deluxe box set, “Op. 176 Penthesilea". These interrelated works draw upon Christiansen's longstanding, singular practice of field recording. Both are immersive, stunningly beautiful, and among the most important works that the composer ever created, finally entering the world for the very first time since their conception during the mid to late 1980s.
By Bradford Bailey, 08 July 2022

Less than a decade ago, the legacy of the Danish multi-disciplinary artist and composer, Henning Christiansen, remained almost entirely lost. Outside of a small but devoted following of sound-art fans and scholars, ranked among the most obscure figures in 20th Century music. Thankfully, due to the devotion of a small number of labels, his work, in the form of reissues and archival releases, has come into focus as one of the most important and distinct practices of experimental sound to have emerged during the second half of the 20th Century. Adding to the momentum, rather than simply acting as a facilitator, the Henning Christiansen Archive has entered the fray as a freestanding imprint, adding depth, range, and new understandings to the composer’s vast and incredibly varied body of work. Their latest two releases, the double LP, “Op. 163 Penthesilea”, and the 5CD boxset, “Op. 176 Penthesilea” take huge steps toward radically expanding this initiative. The first delves into Christiansen’s practice of composing with field recordings, while the second presents the entirety of a monumental, four-and-a-half-hour audio work, created as the musical component for a play, “Penthesilea” (a tragedy in 24 scenes), by director Carlo Quartucci, staged in Rome during 1986. Both - issued respectively in beautiful, limited editions of 300 copies - are truly incredible and unveil a side of the composer’s work that has been rarely heard.

In addition to being one of the 20th Century’s most strikingly unique and visionary composers, Henning Christiansen (1932 - 2008) was the most notable member of Fluxus’ Danish arm. A bridge between the world of fine art and the realms of avant-garde sound, over the course of his career he continuously dismantled the boundaries and definitions applied to the arts. The purity of his work and ideas is striking, refocusing the very notion of what experimental and avant-garde practice can be. He was a radical collectivist as much as an assertive individualist - contradictory and reactionary - theatrical and inward facing - possessed by a singular vision which drove him down uncharted paths that rewrites the place music occupies in our lives.

The first of the Henning Christiansen Archive’s latest batch of releases, “Op. 163 Penthesilea”, captures the entirety of the composer’s tribute to Heinrich von Kleist, staged at Rene Block’s Rosenfest festival, Berlin, 1984. Comprising two works - offered the length of a single LP each - the collection unveils Christiansen’s longstanding relationship to the practice of field recording and the sounds of the natural world. 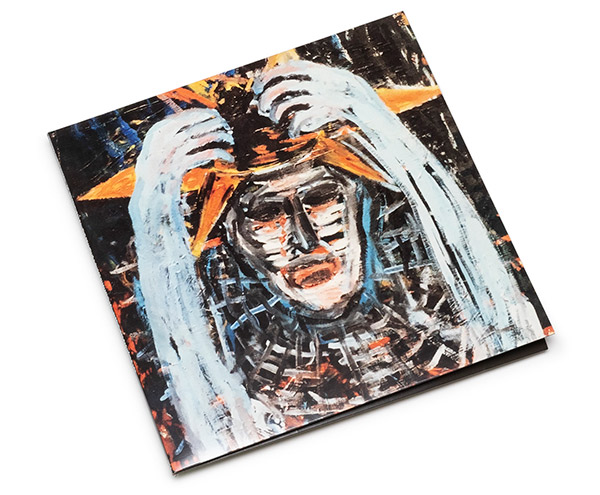 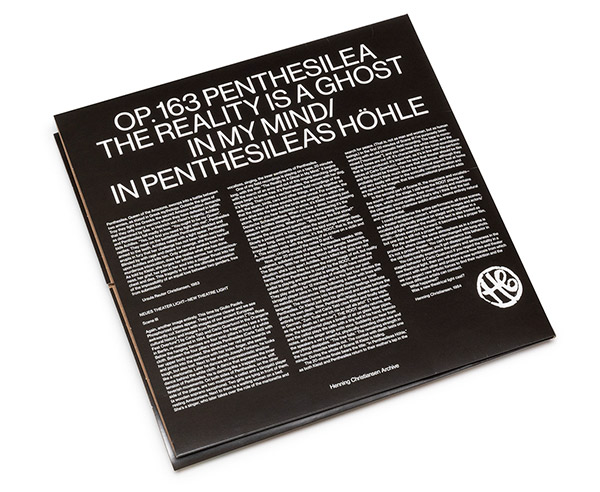 The first work, “The Reality is a Ghost in My Mind” (LP1) is a slow-paced composition constructed from field recordings - wind, bird song and the sound of snow being crushed underfoot - that collectively entwine to produce a delicate tapestry of texture and emotive moodiness from happenstance and the often-overlooked values of everyday sonority. The collection’s second work, “In Penthesilea Höhle” (LP2) is an expanded iteration of “The Reality is a Ghost in My Mind”, utilizing the same body of field recordings, placed under direct intervention - electronic treatments and acoustic interventions - of the composers hand, placed in connection with a deep ground tone (what Christiansen referred to as ROOT), Carla Tatò’s haunting vocals singing mournfully along with Jan Tilman Schade’s violoncello and tuba, and the sounds of a chainsaw, in addition to those of the handmade instruments of Werner Durand.

In the composer notes, printed on the album’s sleeve, he states: “Then comes a section where the field recordings of the sea, the storm, birds, cars and other things, are built together so that the realism of these sounds become unreal. For example, the cars drive into the sea and the birds are singing within the storm. When you hear footsteps in the show, it’s Kleist sneaking past Deutsche Schauspielhaus. When you hear a deep, human sleeping noise, it’s Achilles sleeping. When you hear hammering it’s the weapon smith working. When you hear a stone being thrown it means the unanswered question: “Who threw the first stone?”. 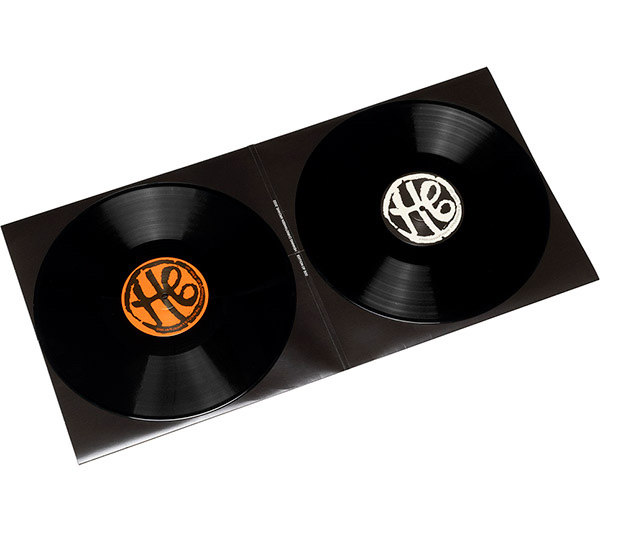 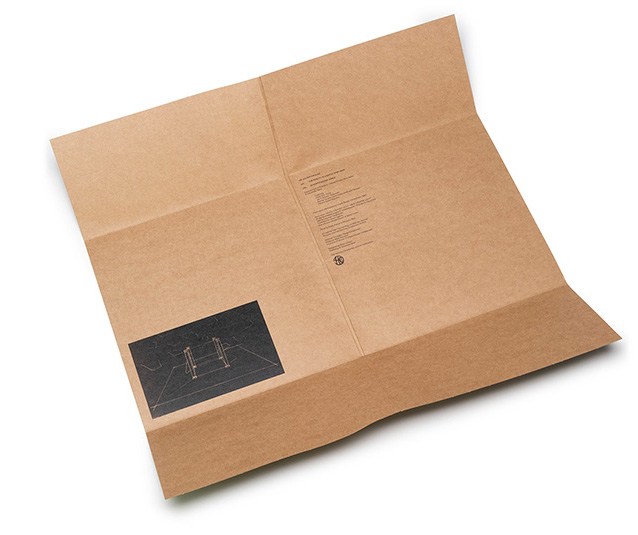 Beautifully brilliant, and crucial in constructing a more inclusive vision of Henning Christiansen’s expansive practice, “Op. 163 Penthesilea” represents an entirely singular approach to the field recording practice. Issued by the Henning Christiansen Archive as a double LP in a limited edition of 300 copies, it’s an absolute must for anyone engaged with experimental field recording practice, Fluxus, sound art, or experimental music at large. 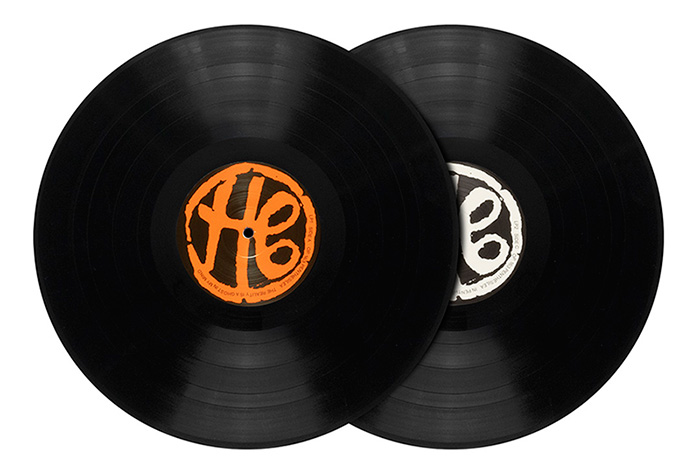 “Op. 176 Penthesilea”, the second of the Henning Christiansen Archive’s latest batch of releases, is arguably the imprint’s most ambitious offering to date. It presents the entirety of a monumental, four-and-a-half-hour audio work, created as the musical component for a play, “Penthesilea” (a tragedy in 24 scenes), that was created by the director, Carlo Quartucci, and staged in Rome during 1986, it sprawls across the entirety of 5 CDs. Closely related to “Op. 163 Penthesilea”, it builds on the practice first explored, two years prior, across those works, as well as utilizing and expanding upon some of the same source material.

“Op. 176 Penthesilea” is arguably the most ambitious project Christiansen undertook during his decades long career, as well as being one of the most successful collective explorations of the numerous experiments and techniques that he developed throughout his creative life. Previously unheard and unrelates, The field recordings featured across “Op. 163 Penthesilea” are interwoven with a wealth of new sonic environments. Horses trotting, an electronically treated boxing match, and other otherworldly atmospheres - valley of gentle machines clacking amongst a ghostly melody, proto-techno beats, a squeaking solo horn, fierce wind, etc. - conjoin within a sprawling narrative of profound abstract intensity.

Monumental and deeply engrossing, in many ways “Op. 176 Penthesilea” is the highpoint in Christiansen’s deployment of field recordings, if not of his entire career. Beautiful, incredible, and profoundly ambitious, it’s issued for the very first time by the Henning Christiansen Archive as a deluxe 5CD box set with a 32-page full color booklet featuring writings by Villy Sørensen, Mark Harwood, Werner Durand and Henning Christiansen himself. The set is all housed in a sturdy slip case with original artwork by Henning Christiansen, in addition to scores and performance photos. Like its predecessor, it’s an absolute must for anyone engaged with experimental field recording practice, Fluxus, sound art, or experimental music at large.