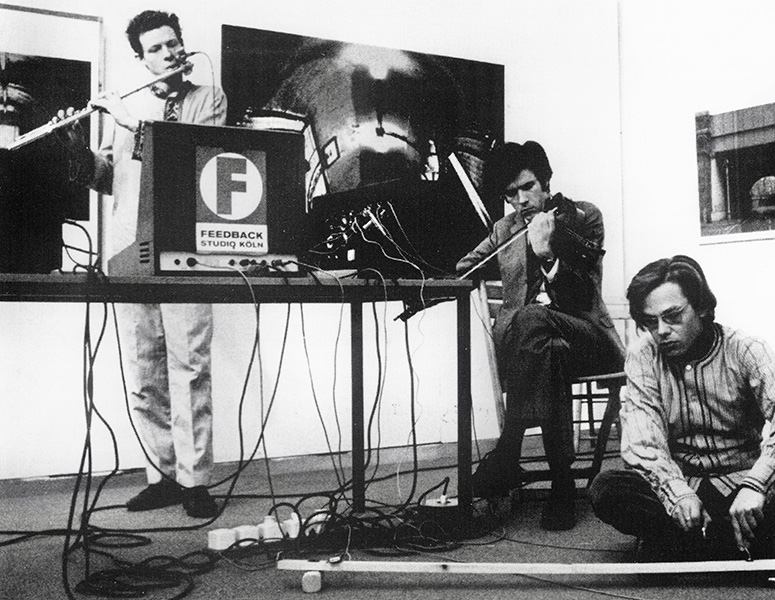 In the midst of an incredible run, and belonging to the same batch as their stunning reissue of Toshi Ichiyanagi, Michael Ranta, and Takehisa Kosugi's "Improvisation Sep. 1975", the Belgian imprint, Metaphon, delivers "Kyo Mu / Hochtöner", the first ever vinyl release dedicated to the work of the German composer Johannes Fritsch. Comprising two long-form, electroacoustic works composed and recorded between the mid-1970 and the early '80s, shortly after concluding his tenure as a member of the Stockhausen Ensemble, the album's totality presents a visionary and sinfully overlooked voice in the landscape of 20th Century avant-garde practice, reaching toward startling heights.
By Bradford Bailey, 12 July 2022

Working at a slow, meticulous pace, for a decade and half, Metaphon - the Brussels based imprint run by Timo Van Luijk - has continuously illuminated fascinating trajectories within a number of historically neglected contexts of electronic music and sound art. Primary focused on work produced in Belgium - with their own criteria of personal taste guiding them well - they’ve produced an incredibly important body of albums that endeavour to respect and supports the music and those who make it. In the midst of an incredible run - having just released “Rails and Other Tracks” an incredible LP of historical works by the composer Jan Bruyndonckx, and a beautiful reissue of Toshi Ichiyanagi, Michael Ranta, and Takehisa Kosugi’s seminal LP “Improvisation Sep. 1975” - they’re back with the first ever vinyl release dedicated to the work of the German composer Johannes Fritsch. Comprising two long-form, electroacoustic works composed and recorded between the mid-1970 and the early '80s, "Kyo Mu / Hochtöner" is a startlingly visionary body of work that makes great strides toward elevating a sinfully overlooked voice who was at the heart of it all.

Johannes Fritsch (1941–2010) belonged to a wave of radical musicians that rose from Germany during the decades that followed the Second World War. Trained as a violist from an early age, during the early 1960s he studied under Bernd Alois Zimmermann and Gottfried Michael Koenig, before joining the Stockhausen Ensemble in 1964, where he remained - performing and recording extensively on Stockhausen’s most famous recordings - for the next six years, before leaving to found the Feedback Studio of Cologne with fellow Stockhausen Ensemble members Rolf Gehlhaar and David Johnson, which would expand, a few years later, with Feedback Studio Verlag, the first German composers' publishing house. 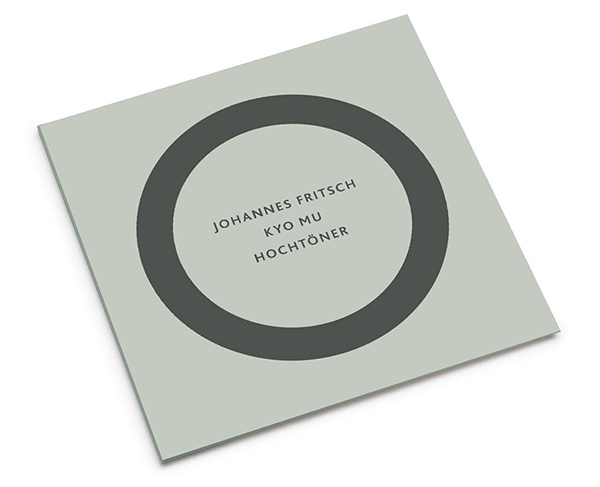 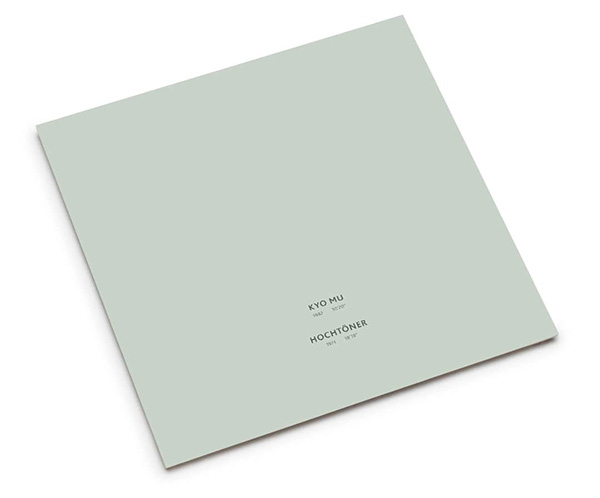 While the majority of his compositions date from the period following his departure from the Stockhausen Ensemble, Fritsch began composing at the age of 17, regarding “Duett für Bratsche” (Duet for Viola), for viola and tape, which was met with great notoriety when he performed it at the Darmstädter Ferienkurse in 1962, to be the beginning of his career as a composer. Despite his body of work reaching roughly 130 works prior to his death - including electronic music, chamber music, ballet, theatre and film music, organ compositions, an opera and pieces for large orchestras - his discography is reasonably thin. Metaphon’s release of “Kyo Mu / Hochtöner” marks Fritsch’s first release completely dedicated to his work on vinyl, and presents a long-overdue and crucial opportunity to celebrate his important contribution to the fields of avant-garde and experimental music over the course of roughly half a century.

“Kyo Mu / Hochtöner” features two long-form works - “Kyo Mu” and “Hochtöner” - which are arguably among the most exciting and engaging that Fritsch composed during a fruitful period that began as he left the Stockhausen Ensemble and extending across the 1980s. The first composition, “Kyo Mu”, which stretches to a full half hour in length, was composed in 1982, with the featured recording capturing its debut performance at Weltmusik-Kongress in Vlotho, Germany, toward the end of that year. It encounters the composer manipulating magnetic tape, deploying recordings of viola, electronic and concrete sounds, joined by Hitomi Endo on shakuhachi, a Japanese flute often played by Zen Buddhist monks. Riding a razor’s edge between the beauty and delicate humanity generate by the flute's mediative tones and the more aggressive attacks of Fritsch’s tape interventions, the work emerges as a fascinating discourse of sonority unlike almost anything we can call to mind; spacious and open while bristling with complexity, sophisticated and subtle while raw and immediate. 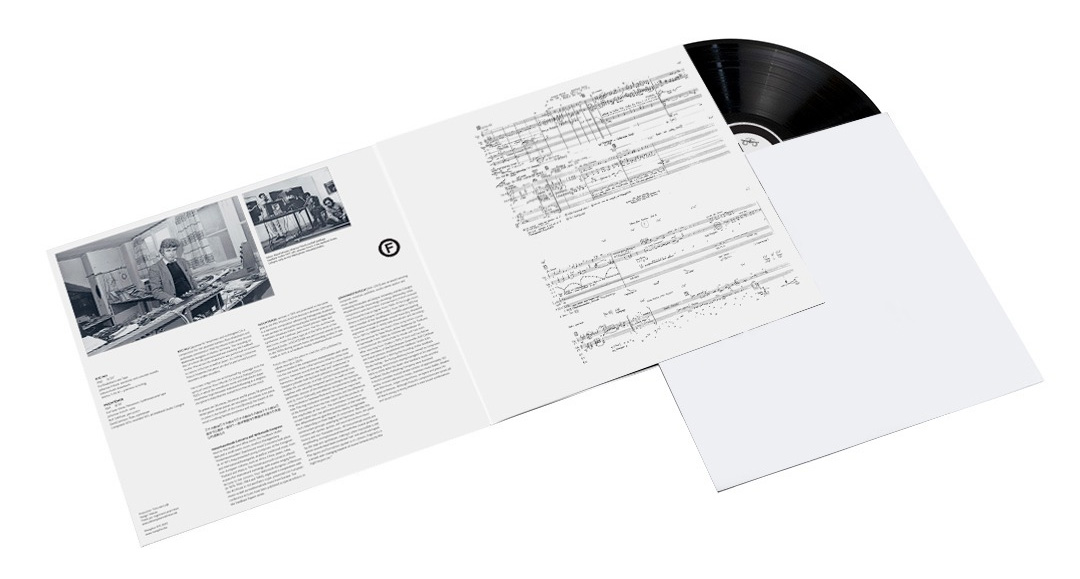 The album’s second work, “Hochtöner”, dates to a slightly earlier period, having been composed in 1974 and recorded the following year at Feedback Studio in Cologne. Historically important on many levels, it takes us into the eye of the storm that swarmed around Fritsch during the '70s, not only featuring himself on viola and tape, but also his Stockhausen Ensemble compatriots and Feedback Studio cofounders, Rolf Gehlhaar and David Johnson, on percussion, flute, and synthesiser respectively. Like “Kyo Mu” the work is the product of Fritsch’s unique approach to electroacoustic composition, allowing an equal balance for both elements, with a broader structure of airy space. Embracing a much sense of pure abstraction, the work departs the organic world as its tonalities and textures abrade against each other, rendering an almost dystopian aura through exacting compositional constraint.

An inevitable revelation for any fan of 20th Century avant-garde composition and electroacoustic practice, the historic importance of Metaphon’s release of Johannes Fritsch’s “Kyo Mu / Hochtöner” is impossible to understate, offering vision, access, and context to a visionary mind who has yet to fully receive his rightful due. An immersive, consciousness altering listen from start to finish, it features two of the composer’s most important works on vinyl for the very first time. Not to be missed. 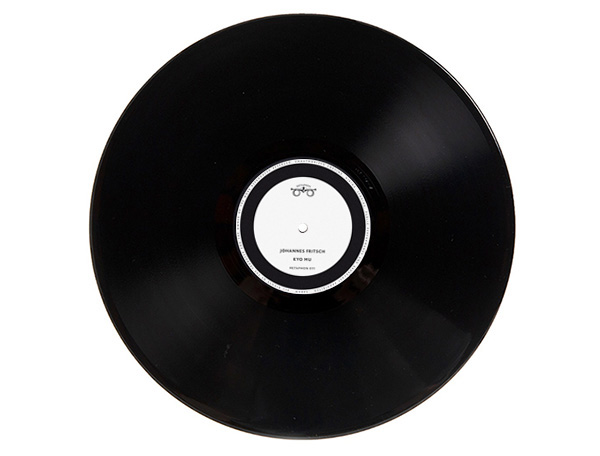