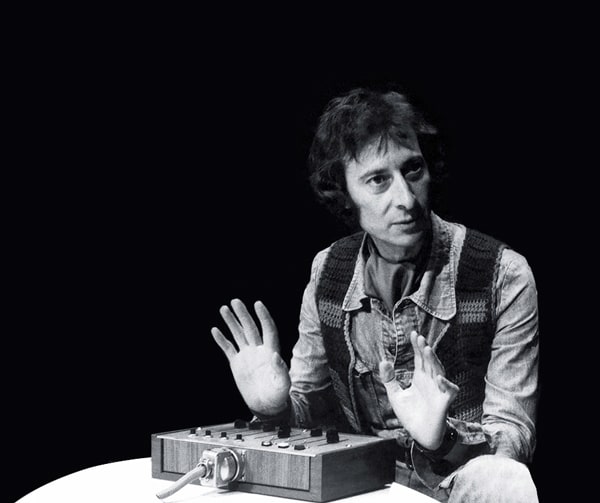 Transversales Disques - building on the back of an incredible, growing catalog of previously unreleased archival recordings - is back with one of their most stunning accomplishments to date, Luc Ferrari's “Solitude Transit”, composed to accompany a dance piece by the choreographer Anne-Marie Reynaud. Incorporating a vast range of sound sources - field recordings, synthesis, and acoustic instrumentation - and wildly engaging and ambitious across its entire length, more than 30 years after it was composed, we can finally appreciate an unsung monument in Luc Ferrari’s incredible career
By Bradford Bailey, 27 September 2022

Since its relatively recent launch in 2017, the Paris based imprint, Transversales Disques - founded by Jonathan Fitoussi and Sébastien Rosat - has shaken the world of experimental music, uncovering and releasing an unparalleled body of archival recordings that spans numerous discreet disciplines and practices within this territory of sound, including previously unreleased LPs by Bernard Parmegiani, Ennio Morricone, François Bayle, Philip Glass, Igor Wakhevitch, Ariel Kalma, Pharoah Sanders, and numerous others. Back in 2019, they issued “Photophonie: Bandes Magnétiques Inédites (1973-1992)”, a body of incredible, historical works by the seminal French electroacoustic pioneer Luc Ferrari. Three years on, they return with “Solitude Transit”, an equally significant and intoxicating series of previously unpublished recordings by the composer created between 1989 and 1990 to accompany a dance piece by the choreographer Anne-Marie Reynaud. Covering a vast range of territories across its three acts, incorporating synthesis, acoustic instrumentation, and environmental sound, across this remarkable LP, Ferrari imposes a remarkable sense of restraint, weaving bristling textures into complex tonal arrangements, culminating in one of the most engaging and beautiful efforts in his entire output. 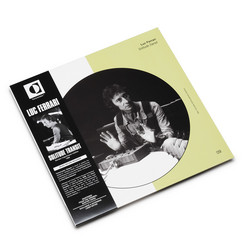 Within the histories of electronic music, musique concrète, and electroacoustic sound, Luc Ferrari (1929-2005) is a legend; a visionary who emerged as a pioneer of each of these experimental fields. Initially trained as a classical pianist under Alfred Cortot, Olivier Messiaen, and Arthur Honegger, following a meeting with the composer, Edgard Varèse, in 1954, Ferrari shifted his path toward the developing medium of electronic music, co-founding, four years later with Pierre Schaeffer and François-Bernard Mâche, the legendary Parisian studio and collective Groupe de Recherches Musicales.

Like many of his peers, and arguably the greatest degree of them all, Ferrari saw avant-garde and experimental music as holding great potential for direct social impact, regarding it as a music of the people, activating arching collaboration, rather than something to be produced for a stuffy concert hall. In his own words, “To free music from the constraints of style and aesthetics; to free the arts from the abstraction to train him for comprehensible actions; to be rather a craftsman of imagination.” It is this remarkable energy and spirit, fostered in youth and lasting until the end of his life, that lays at the foundation of his many compositions for radio, film and television soundtracks, theatre, and dance. The latter of these - Ferrari’s compositions for dance - are among the least explored within his available discography. Transversales Disques’ release of “Solitude Transit” - spanning a full LP - takes great strides toward illuminating how sensitive and well suited to the medium the composer was. 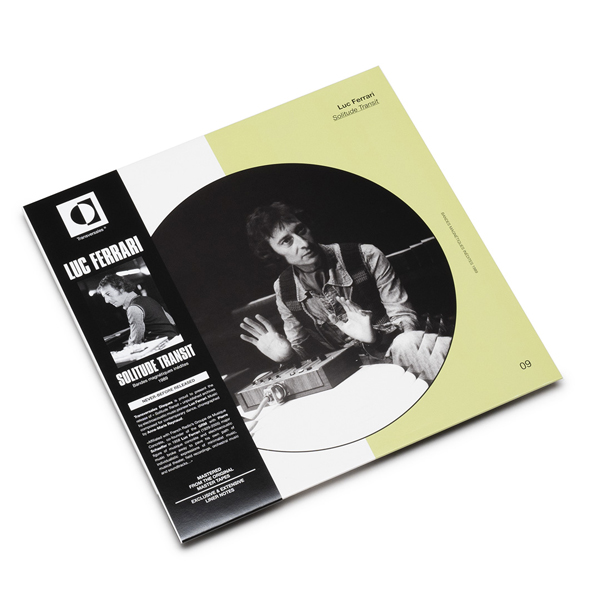 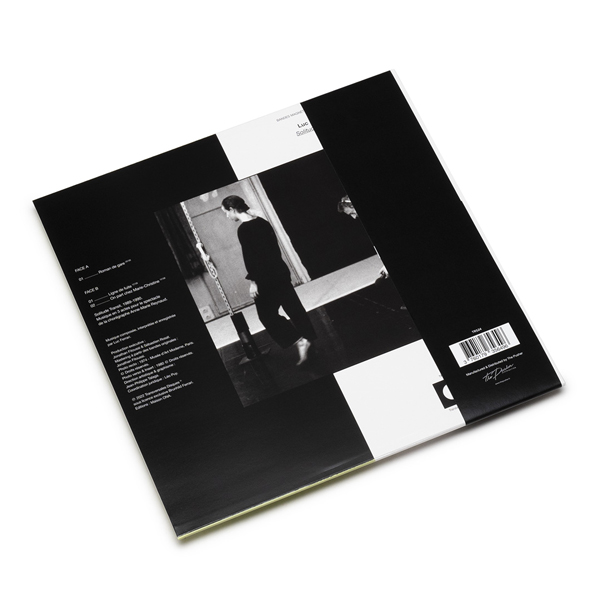 The choreographer, Anne-Marie Reynaud (1945-2009), began her creative life as a dancer, working under Martha Graham before joining the Catherine May Atlani’s Ballets de la Cité in 1973 and the GRTOP (Paris Opera theatrical research group) in 1974. While relatively in the present, she cut a prominent path across the French dance scene for most of her career, founding numerous institutions and creating striking works for life performance and film. Reynaud was a deeply important figure for the composer during the late 80s and early 90s, opening up new pathways for creative experimentation for the composer. Later reflecting upon her, he humorously recounted, “Anne-Marie is very open-minded and very generous. She accepts that I intervene in fields, which are not my business.”

Reynaud and Ferrari set to work on the piece “Solitude Transit” (loneliness transit) an hour and a half long ballet, created in close dialog between the pair. Ferrari recounted the process as such: “Together with the whole company, we had worked on the development of the scenario, then I brought sounds and I saw Anne-Marie the choreography putting in space. It was perhaps the first time when I saw how the gestures were invented one after the other in front of me; I attended some-thing of very indiscreet. Then I often came, I brought sequences, and we advanced one and the other in a kind of mysterious synchronize made of a mixture of collective and solitary moments.” The resulting work - rewarding enough for the pair to collaborate again on 1993’s “Bistro” - is an absolutely stunning, stand-out gesture in Ferrari’s recorded output. 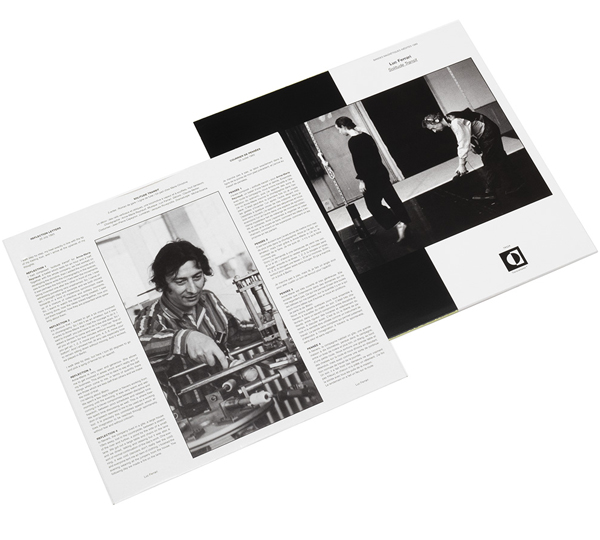 Incorporating synthesis, acoustic instrumentation, and environmental sound (field recordings etc.), “Solitude Transit” is set in three acts: "Roman de gare", "Ligne de fuite", and "On part de chez Marie Christine”. The first takes a fascinating journey, beginning with washes of environmental field recordings that are slowly threaded by abstract structures of synthesis. Remarkably retrained, airy and open, as the work progresses Ferrari slowly works in rhythmic and playful melodic elements that feel as related to minimalism as they do to new wave, before eventually returning to states of rich textural ambience and abstraction. Underscored across its near entirety, the second movement, "Ligne de fuite”, is remarkably striking and unexpected. For most of its roughly twelve-minute length, the composer creates a dance between shimmer synthetic elements, darting interjections from flute and whistle like sounds, and the quiet mummer of vocal elements. 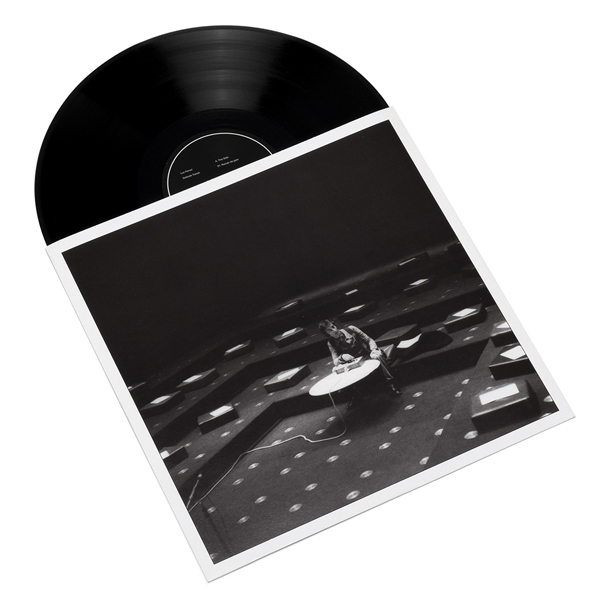 Then, out of nowhere, the work explodes in a hilarious, frantic clamor of acoustic instrumentation - feeling almost like a clown show - before calling it a day. Following a similar pattern of pointed unpredictability, On part de chez Marie Christine - the album’s final, long form piece, balances between the poles of acoustic instrumentation and synthesis, intertwine both in equal value. It begins much like a chamber piece for small orchestra, with piano, woodwinds, and flute creating a strange kind of waltz, before being overtaken by the howl of electronic sound and staggering, drunken piano lines. Even more remarkable is a passage that borders on drum machine driven electronic post-punk that gives way to realms of full abstraction. 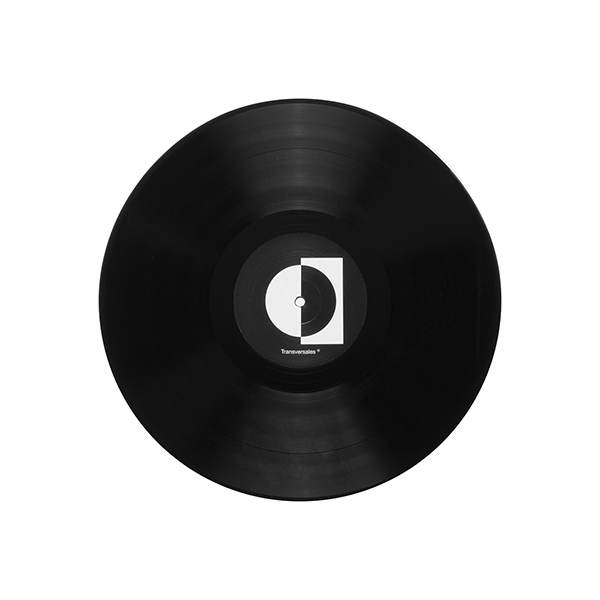 A work that keeps you on the edge of your seat from start to finish - never fully allowing you the means to predict where it might go next - “Solitude Transit” emerges for the first time, more than thirty years after it was originally composed, as a major work in Luc Ferrari’s output. Once again. Transversales Disques has done the world a rare service with their growing serious of unissued works from the archives of experimental music’s history. Issued as a beautiful LP with full, printed insert containing unseen photographs and explanatory texts, it’s hard to think of a more exciting recent archival release from the creative universe that swirled from GRM.