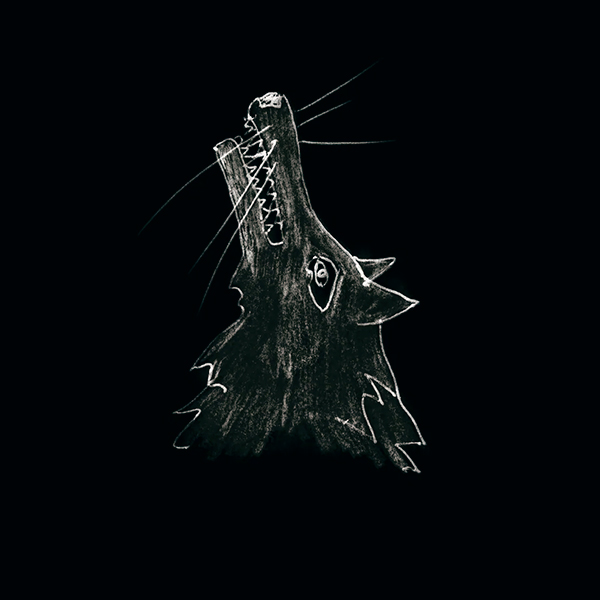 The newly launched Xong collection imprint - part of larger creative and cultural platform Xing - returns with “Very Cheap Non-Human Animal Imitations”, a brilliant and playful gesture of sonorous conceptualism from Luciano Maggiore. Issued on vinyl in two very limited editions, the LP encounters Maggiore blurring the boundaries between humanity and the natural world, echoing ancient roots in a post-species imagining of the future. Another triumph for Xing and its Xong collection - artist records, furthering their mission to illuminate divergent understandings of the performative and live arts.
By Bradford Bailey, 29 July 2022

Since their founding in 2000, the Bologna based cultural platform, Xing, has worked tirelessly in support of objects and events that embrace an interdisciplinary approach toward the issues of contemporary culture. More recently, their record label has expanded this initiative to amplify the voices of artists - both Italian and international - who are deeply engaged in the world of live performativity, a modus that has now been offered even more focus with their latest series, Xong, a vinyl-only collection that explores a geography of artists who present the sonic field as a means to expand their staging of free standing, intimate worlds. Easily some of the most exciting recordings we’ve heard in recent years, the series’ first three entries - Lydia Mancinelli & Marcello Maloberti’s “Martellate. Scritti Fighi 1990-2020”, Kinkaleri & Jacopo Benassi’s “Once More” and Giampiero Cane & Daniela Cattivelli's “Postfantamusicologia” - took a deep dive into a creative frontier that rests at the borders of the theatrical, sound art, experimental music, noise, the poetic, and the generatively performative. Their latest, “Very Cheap Non-Human Animal Imitations”, by the Italian soundmaker Luciano Maggiore, takes this incredible modus operandi one step further. Issued in a very limited vinyl edition of 150 copies, in addition to a special collector's edition of 33 copies that includes an animal drawing traced on carbon paper, encounters the artist sculpting a singular world from self-generated animal mimicry that’s imbued with so much playful humor, curiosity, and fascinating thread of bio-conceptualism that can’t help but change how you feel about the relationship between humanity and the natural world.

Since the mid to late 2000s, the Palermo-born, London-based musician and artist Luciano Maggiore has sculpted a body of work that is constructed through an emphasis on raw materiality of sound, drawing upon a near countless number of sources. Firmly located within the field of electroacoustic, he has worked consistently with artists like Francesco Brasini, Enrico Malatesta, and Louie Rice, and issued recordings on Senufo Editions, Boring Machines, No Pa On, and numerous other imprints. In recent years he has developed a strong interest in the mechanisms of sound diffusion and their patina, using speakers and several analogue and digital devices (walkmans, CD players, tape recorders) as his principal instruments. 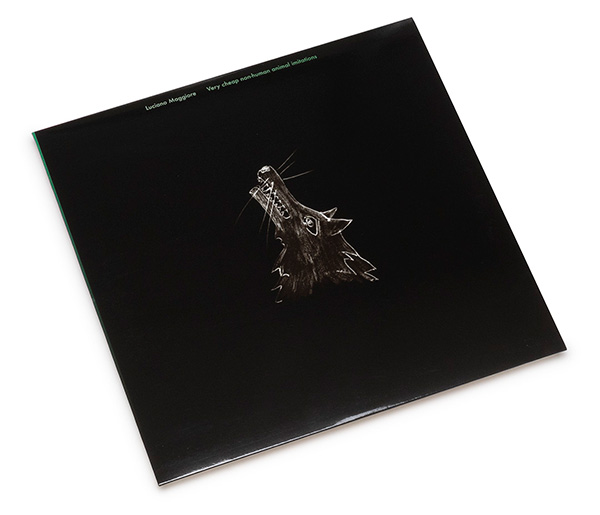 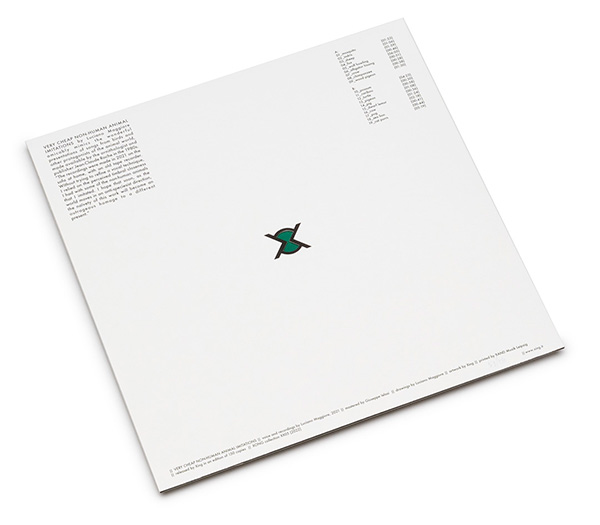 “Very Cheap Non-Human Animal Imitations”, Maggiore’s contribution to the Xong series, finds a fascinating middle ground between the “artist record” - a field often known for challenging the perceptions of music through humour - and tape music. Based on the ornithologist Jean-Claude Roche’s recordings of birds and other animals / environments, the artist describes: “The recordings were made in 2021 on the sofa at home, with an old tape recorder. Without trying to refine a vocal technique, I relied on the perceived timbral closeness I had with some of the non-human animals that I imitated. I hope that soon, as the world moves in an anti-speciesist direction, the naïvety of this work will become an outrageous homage to a different present.”

While the hilarity of Maggiore’s gesture is unavoidable - his voice mimicking different species that he identifies in classic anthropological fashion at the outset of each work - the implications of such an act - blurring the lines between the distinguishing actions of species - hold the potential for far greater implication, even if only regarded as absurd. Ancient roots lay beneath Maggiore’s playful purpose, echoing across human history. Far beyond the use of environmental animal sounds in musique concrète, a number pre-Columbian cultures constructed instruments that mimicked the sounds of animals, and the swaras of Indian classical music are directly associated with animal sounds. The recognition of these traditions, and any number of others, in relation to Maggiore’s own, opens the scope of such a simple and human act. 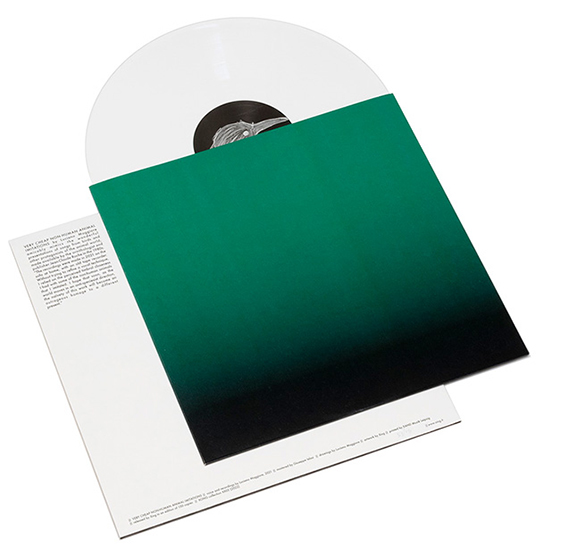 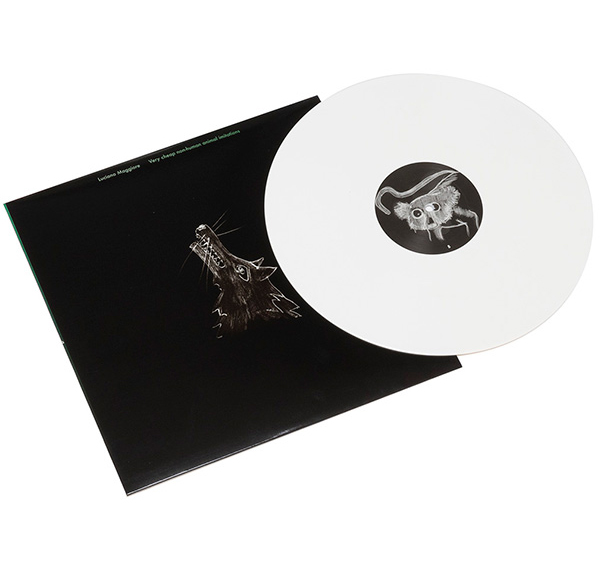 Another triumph for Xing and its Xong collection, further illuminating divergent understandings of the performative and live arts. Their mission statement to offer "The space of the record" as a meant to give focus and amplify the poetics of sonic and physical phenomenon gets deeper and deeper as they progress, and Luciano Maggiore’s “Very Cheap Non-Human Animal Imitations” is no exception. We couldn’t think of a better record to fall into the summer with. 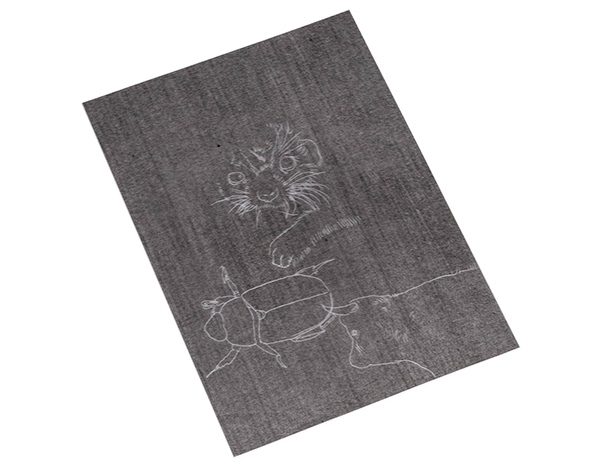 Issued by Xing in a very limited vinyl edition of 150 copies, in addition to a special collector's edition of 33 copies that includes an animal drawing traced by the artist on carbon paper, this one isn’t going to sit around for long. Grab a copy while you can 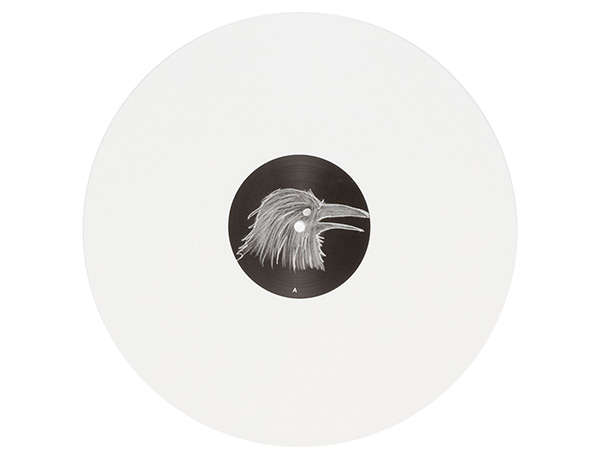