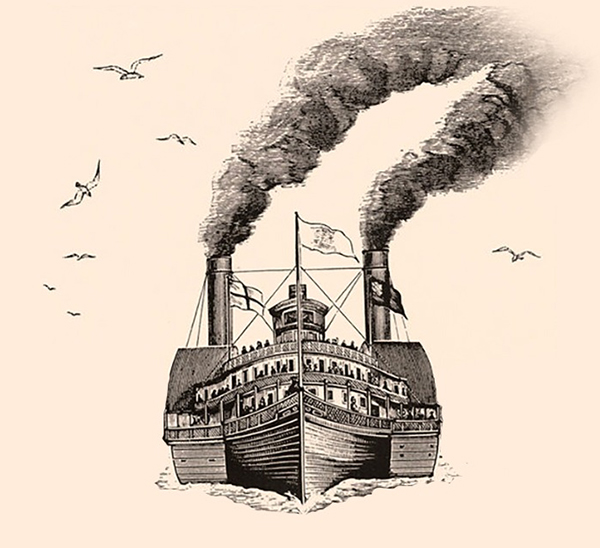 Spanish experimental music has always stood slightly apart from its European peers. Following the death of Francisco Franco in 1975, the country’s artists emerged from decades of authoritarian rule, pursuing radical notions of creative freedom across the '70s, '80s, and '90s that had few equivalents anywhere else. Tragically, most of these activities remained obscure in their own moments, but in recent years the scope of what transpired musically in Spain during the final three decades of the 20th Century has begun to come to light, setting off a flurry of activity in collector's market. With original editions as rare as hens' teeth, it is this astonishing world that Wah Wah Records have set out to illuminate with their latest batch of vinyl reissues, continuing with Mecanica Popular’s first two LPs, “¿Qué Sucede Con el Tiempo?” and “Baku: 1922”, originally released in 1984 and 1987 respectively. Issued in limited editions of 500 - fully remastered from the original analog tapes - that perfectly reproduce the albums’ original artwork, each is a highly sought-after milestone in Spanish underground music - bridging rigorous practices of experimentation, musique concrète, and highly refined elements of industrial music - that hold countless revelations for anyone yet to encounter their wonders first hand. 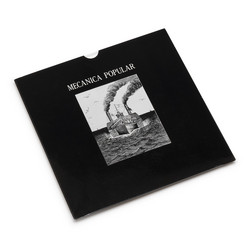 Formed in 1979, Mecanica Popular was the duo of Eugenio Muñoz and Luis Delgado. Both noteworthy composers in their own right, the pair met while working together as sound technicians at RCA Studios in Madrid, among the best and most advanced recording studios in Spain during that period. Joined by a mutual love of Russian (Majakovskij, Burljuk, etc.) and Italian (Marinetti, Balla, Carrá, etc.) Futurists, they embarked upon a series of tape and studio-based experiments together, which sought to reject previous artistic schemes, while embracing speed, dynamism, and urban life as sources of inspiration. 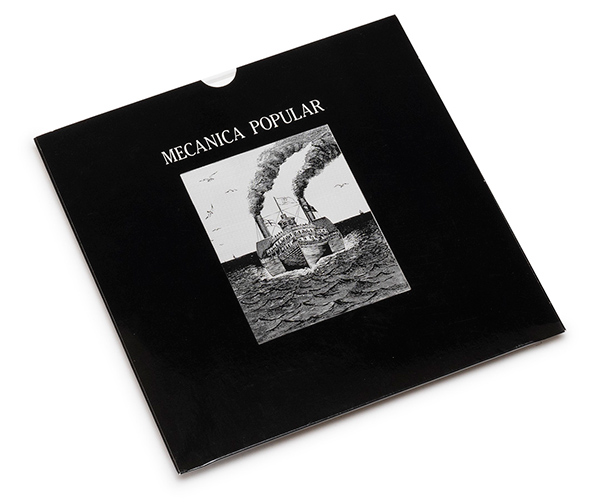 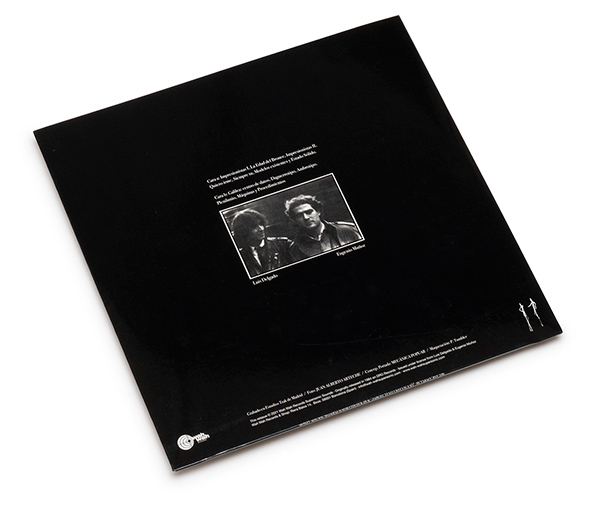 Recorded over the course of four years during late-night, afterhours sessions at the RCA Studio where they worked, “¿Qué Sucede Con el Tiempo?” - originally issued by Discos Radioactivos Organizados (DRO) in 1984 - was the first fruit born from Mecanica Popular’s remarkable experiments. The album draws upon the duo’s interest in unorthodox sound-sources, deploying a proto-sampling collage technique based on random tape-loops, as well as an innovative set-up that included a Polaroid 600 camera, an Eventide H910 Harmonizer, and the Arp Odyssey, all fed thru a matrix of effects. The result, sprawling out over the album’s 12 tracks, is a rippling, percussive odyssey that entirely rethinks the conceptualism of Futurism within late 20th Century terms. 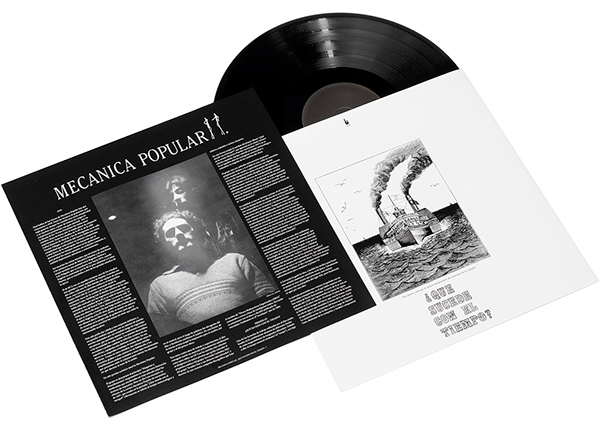 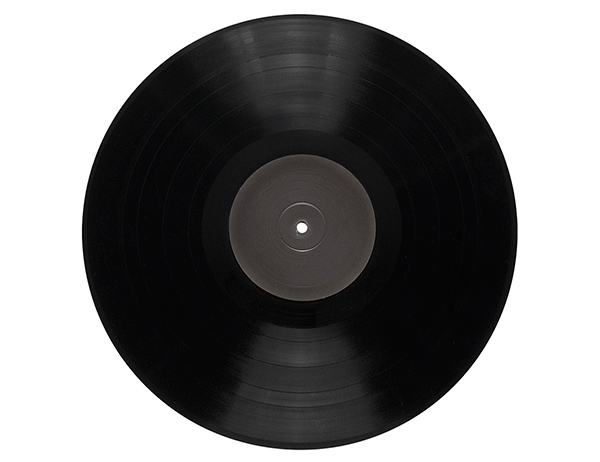 Particularly for fans of Delgado’s legendary solo LP, “Vathek” - issued two years later - or his sublime work within Babia, Ishinohana, and Finis Africae during roughly the same period, “¿Qué Sucede Con el Tiempo?” can’t help but defy expectations of what was happening in Spain during the 1980s.  Embracing both playfully left-field experimentalism, and exacting rigour, the album falls far closer to the early gestures of bands like Cluster, Faust and Nurse With Wound, while equally tracing into the realms contemporaneously explored by Conrad Schnitzler, Chris Carter, Jon Hassell, or K. Leimer. A body of beat driven ambiences and bristling textures that intertwine synthesis and tape manipulation, the resulting forms illuminate a crucial continuum between the earliest musical avant-gardes, electronic and electroacoustic music, kosmische, and emerging scenes of industrial music across Europe that widely celebrated “¿Qué Sucede Con el Tiempo?” upon its release. 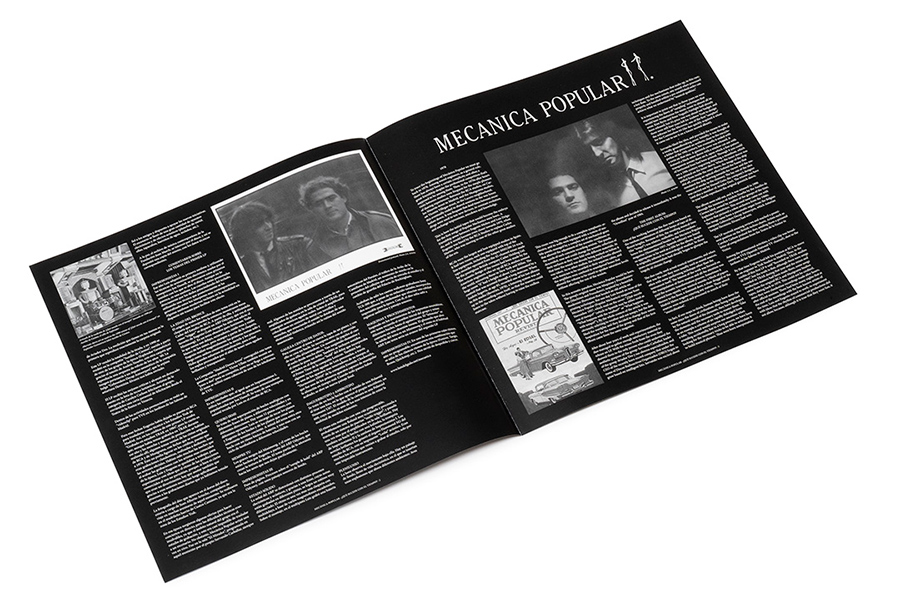 Sinfully underappreciated since its original release, the album is a visionary window into a wonderful world of creativity that predates the release of Eugenio Muñoz and Luis Delgado’s beloved solo efforts. Wah Wah’s beautiful vinyl reissue, perfectly reproducing the album’s original cover and issued in an extremely limited edition of 500 copies - has been fully remastered from the original tapes by Muñoz, and includes a booklet with photos and texts. Insanely essential and not to be missed. 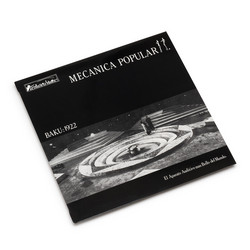 As proof of how exacting and rigorous the duo’s creative practice was, Mecanica Popular’s second LP, “Baku: 1922” - issued by the legendary imprint, Grabaciones Accidentales, in 1987 - would take a full three years to complete, following the release of “¿Qué Sucede Con el Tiempo?”. Inspired by the sounds of old printing presses, the album’s title offers a fascinating clue into the ideas that rumbled below the project’s activities. It refers to an early avant-garde event - “Symphony of Sirens” - staged by the composer Arsenij Avraamov in the capital city of Azerbaijan in 1922. Operating on a monumental scale, the performance attempted to achieve a radical unity between the arts, technology and urban space, with sounds generated by the movements of crowds, machine guns, cannons, factory sirens, airplanes, hydroplanes, trains, battleships and a steam-whistle machine across the city. 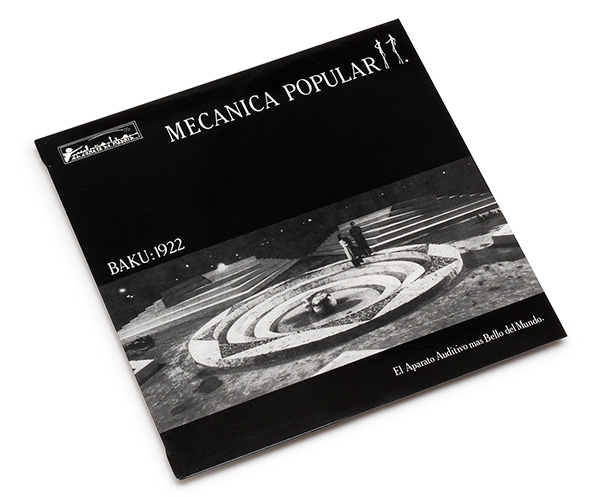 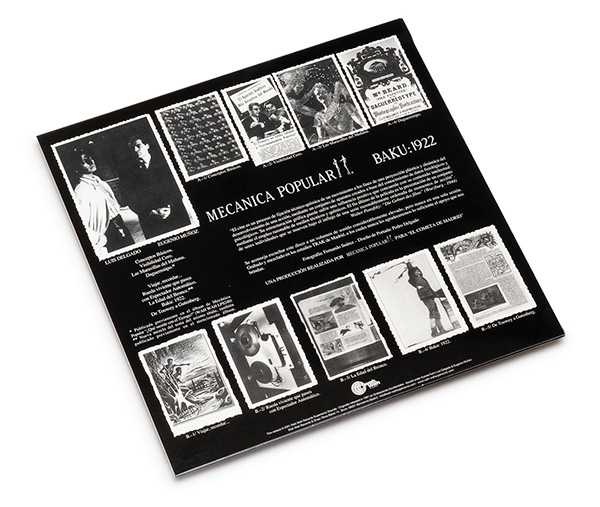 While certainly more humble in scale than the event to which its title refers, “Baku: 1922” bubbles with an equivalent sense of social, political, and creative optimism, masquerading within a similarly sinister pallet of sounds. No less avant-garde in its generative tactics than “¿Qué Sucede Con el Tiempo?”, the album’s nine works are rhythmically driven instrumental compositions that nod toward historical experimental gestures like Rolf Liebermann’s “Composition for 156 Machines”, while keeping pace with parallel developments in underground and industrial music from Europe and the Unitied States - Einstürzende Neubauten, Skinny Puppy, Front 242, Cabaret Voltaire, etc. - which had begun to incorporate elements of popular music into their brooding expanses. 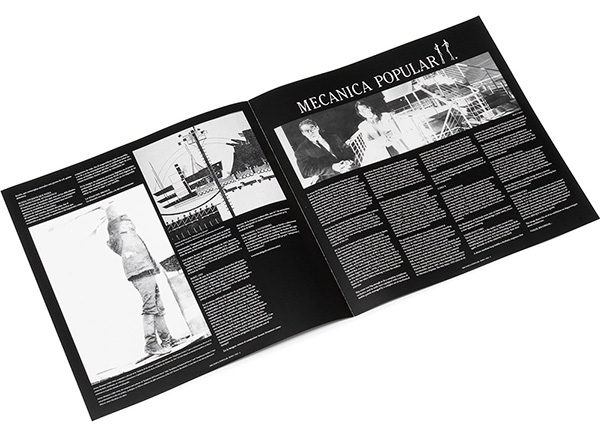 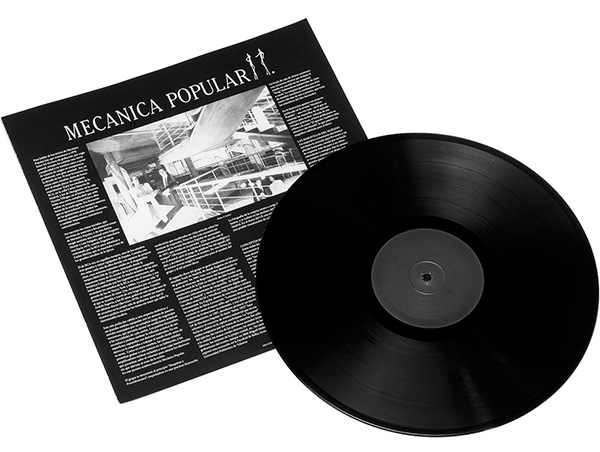 Ranging from hypnotic gestures that flirt with Kraftwerk and electronic dance music, to wildly experimental vocal based tape works and brilliant moments of electronic abstraction, “Baku: 1922” emerges 35 years after its original release as a mind-blowing missing link within multiple histories - experimental, electronic, and industrial - of late 20th Century music. Just about as infectious as left-field music comes, not to mention an absolute joy in listening, Wah Wah’s beautiful vinyl reissue, perfectly reproducing the album’s original cover and issued in an extremely limmitted edtion of 500 copies - has been fully remastered from the orginal tapes by Muñoz, and includes a booklet with photos and texts. Like it’s predecessor, it’s insanely essential and not to be missed.