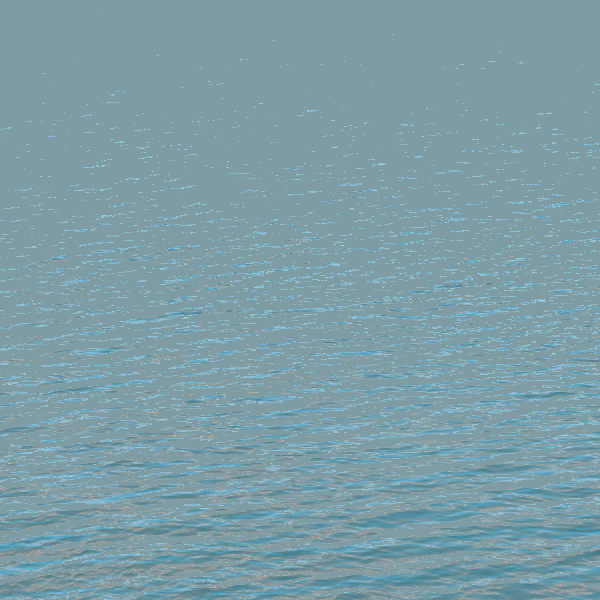 Among the most moving and creatively compelling records of the year, Eliane Radigue returns with "Occam Ocean 3", her third installment of the incredible, evolving work that she began in 2011. Issued by Shiin Records as a beautifully produced CD, featuring the three leading lights of contemporary experimental music - Silvia Tarozzi on violin, Julia Eckhardt on viola, and Deborah Walker on cello - all of whom worked closely with the composer in its development, each of its works - "Occam River II", "Occam VIII", and "Occam Delta III" - soar to remarkable heights and quietly redefine the boundaries of drone and minimal music in ways that only Radigue can.
By Bradford Bailey, 15 September 2021

There is no artist, working in the contemporary field of experimental sound, that is more important than the French composer Eliane Radigue. She is a shining light, who, for more than half a century, has quietly blazed trails with a body of work that is as creatively visionary as it is sublime. Her latest release on Shiiin Records - the third instalment of her astounding Occam Ocean series - is easily among her most important to date. Recorded in collaboration with three string instrumentalists, Julia Eckhardt, Silvia Tarozzi and Deborah Walker, working in different configurations across three individual pieces - solo, duo, trio - the scale of its totality stretches far beyond the humbleness of its material means. An overwhelmingly beautiful body of sound, built from durational tones, infused with a mesmerizing sense of intellectual and creative optimism, once again Radigue has subtly redefined the terms of minimal music on deeply personal and intimate premises.

Born in 1932, Eliane Radigue began her musical endeavours in Paris during the late 1950s and early '60s, working under Pierre Schaffer and Pierre Henry, before quickly outstepping her mentors. Initially working predominantly with tapes, during the early 1970s she made the radical switch to modular synthesis, beginning a decades long exploration of the ARP 2500 that drew on her practice as a Buddhist and pushed the notions of musicality endlessly forward, taking the entire landscape of experimental sound with her through a series of sonic mediations that bound life and art.

During the early 2000s, Radigue set aside her synth, embarking upon a hiatus from music, before taking the unexpected step of composing the work Naldjorlak - released by Shiiin in 2008 - in collaboration with the cellist Charles Curtis. This collaboration opened the door to an entirely new and unexpected period in her career, working with acoustic instrumentalists. By 2011, this process had evolved into the sprawling work, Occam Ocean, a series of 22 infinitely combinable solos and over 20 chamber pieces, realized through close dialog and collaboration with many of contemporary experimental music’s leading lights. So far Shiiin has issued two instalments, the first featuring a series of pieces performed by Carol Robinson, Rhodri Davies, and Julia Eckhardt, while the second sprawled to an incredible scale via the efforts of 30 instrumentalists. Now, the third instalment, Occam Ocean 3, returns to a more constrained ensemble of three incredibly noteworthy players, Julia Eckhardt, Silvia Tarozzi and Deborah Walker. 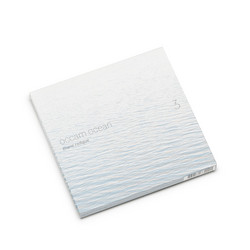 Stretching beyond an hour in total length, the three works that make up Occam Ocean 3 - “Occam River II”,“Occam VIII”, and “Occam Delta III” - were composed in Paris in 2013 and recorded in September 2019 at the Abbazia di Santa Maria Assunta, Monteveglio, in Bologna, Italy. Each is the result of Radigue’s singular process of composing the Occam Ocean series, working in close collaboration with each performer, using solely oral and aural transmission, and focused through a ‘scoreless’ working method.

The first work encountered within this latest iteration of the series - a stunning effort of durational tone - “Occam River II”, features Tarozzi on violin and Walker on cello. Ranging from passages that bristle with the tense collision of its two instruments, to more delicate moments of glittering harmonic interplay, it soars toward heights that only Radigue seems capable of reaching, and advancing the boundaries of drone music with every evolving note. This is followed by “Occam VIII”, a solo work for Walker on cello, within which low evolutions of long tones are consumed by chasmic images of the space where it was performed, doubling its slow progression of long tones amongst natural ambiences and deep resonances that ripple across its length.

“Occam Delta III”, featuring Silvia Tarozzi on violin, Julia Eckhardt on viola, and Deborah Walker on cello, presents a fitting conclusion to an absolutely stunning body of work. Not only is it arguably the album’s most striking statement, but also the one within which Radigue’s compositional imagining of water-based images, laying at the root of the entire Occam series, is most clear. Each player shows equal dexterity and restraint, as the notes and tones they generate - imbued with a remarkable density and richness - ripple in a dance of harmonics and overtones that culminate as what might just be one of the greatest works of drone ever laid to tape.

With Occam Ocean 3, Eliane Radigue, - well into her 89th year - has once again reaffirmed her position as a giant of experimental sound. It’s an overwhelming achievement, overflowing with life, mysticism, and heights that are entirely her own. Issued by Shiiin as a beatifully produced CD, accompanied by a 32-page booklet in both French and English, with intimate descriptions of the album’s creation, it’s easily among the most moving releases we’ve heard this year and not to be missed.