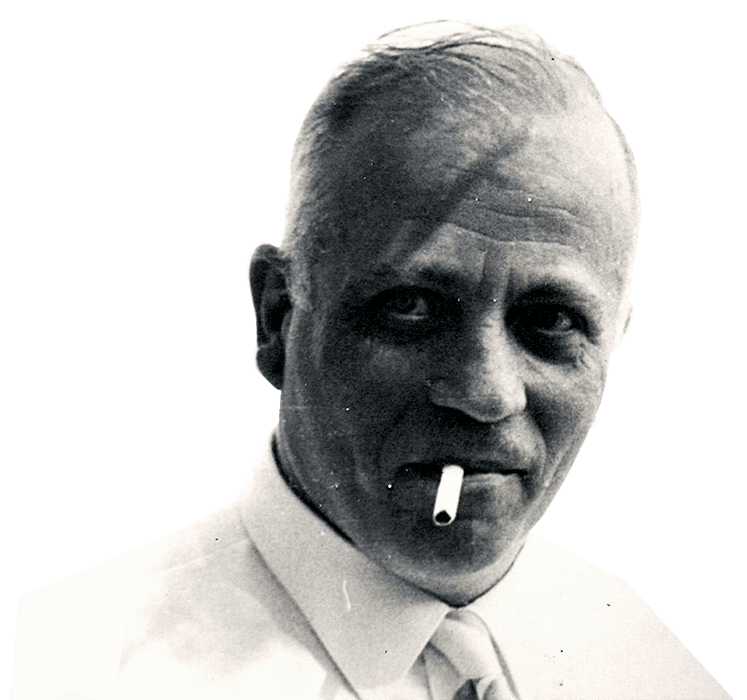 Blending remarkably sensitive abstraction with melodic structures, more than 40 years on it still feels radical and fresh. A record that makes you rethink everything you’ve heard before, and easily among our favorites of the year so far
By Bradford Bailey, 13 June 2020

Despite all their incredible work, record labels often get the short end of the stick. We rarely place their efforts on the same plane as the music they dedicate themselves to bringing into our lives. Far more than simply a means of production and distribution, great labels are ecosystems unto themselves; free-standing, singular environments that offer the context and understanding that allow their artists to thrive.

Two such cases are the imprints, Soave and Cinedelic. Since launching in 2017, Soave has become a crucial force in the re-emergence of historic efforts of Italian avant-garde and experimental music, while Cinedelic is among the most important imprints in the field of unconventional soundtracks and library music. In most places in the world, these contexts could naturally be regarded as distinct from one another, but the history of Italian music is distinct, placing them in direct conversation for many years.

To draw this rare occurrence to light, Soave and Cinedelic have joined forces to release an incredible body of archival recording from the late 1970s by Egisto Macchi, Sud e Magia. Imbued with all the love and care for which each imprint is known, this a truly remarkable chance to understand radical Italian music on different terms. 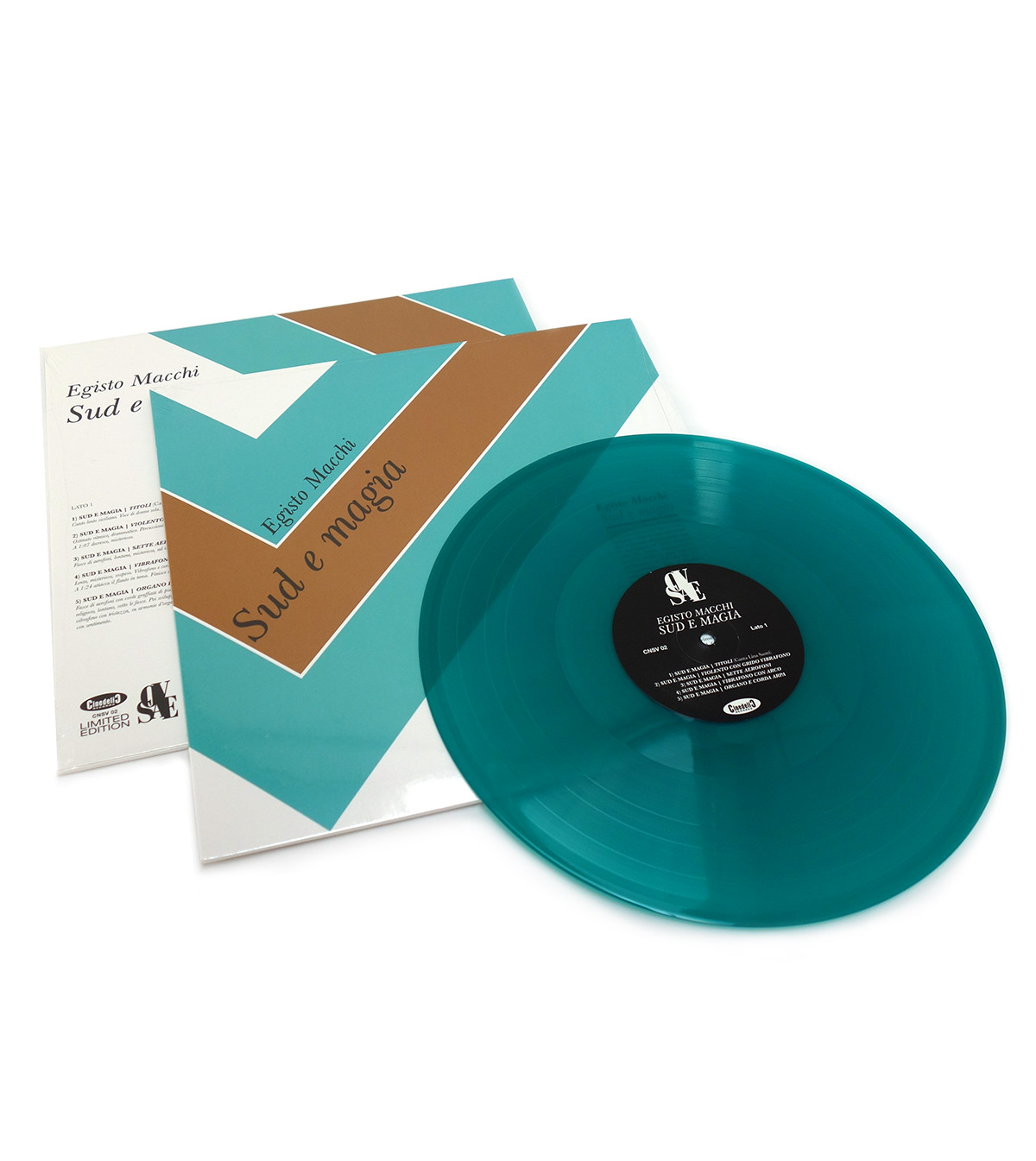 Egisto Macchi (1928-1992) was one of the great figures in 20th Century Italian music. Widely known for his contributions within the seminal avant-garde collective, Gruppo di Improvvisazione Nuova Consonanza, like fellow member Ennio Morricone, or more far flung peers, Bernard Parmegiani and Luc Ferrari, Macchi dedicated a substantial amount of his creative energy working within the field of film and television.

He composed over 50 cinema soundtracks, and approximately 1.000 for documentaries and television shows, quietly weaving a vast field of sonic radicalism that decisively intervened with the popular realm. 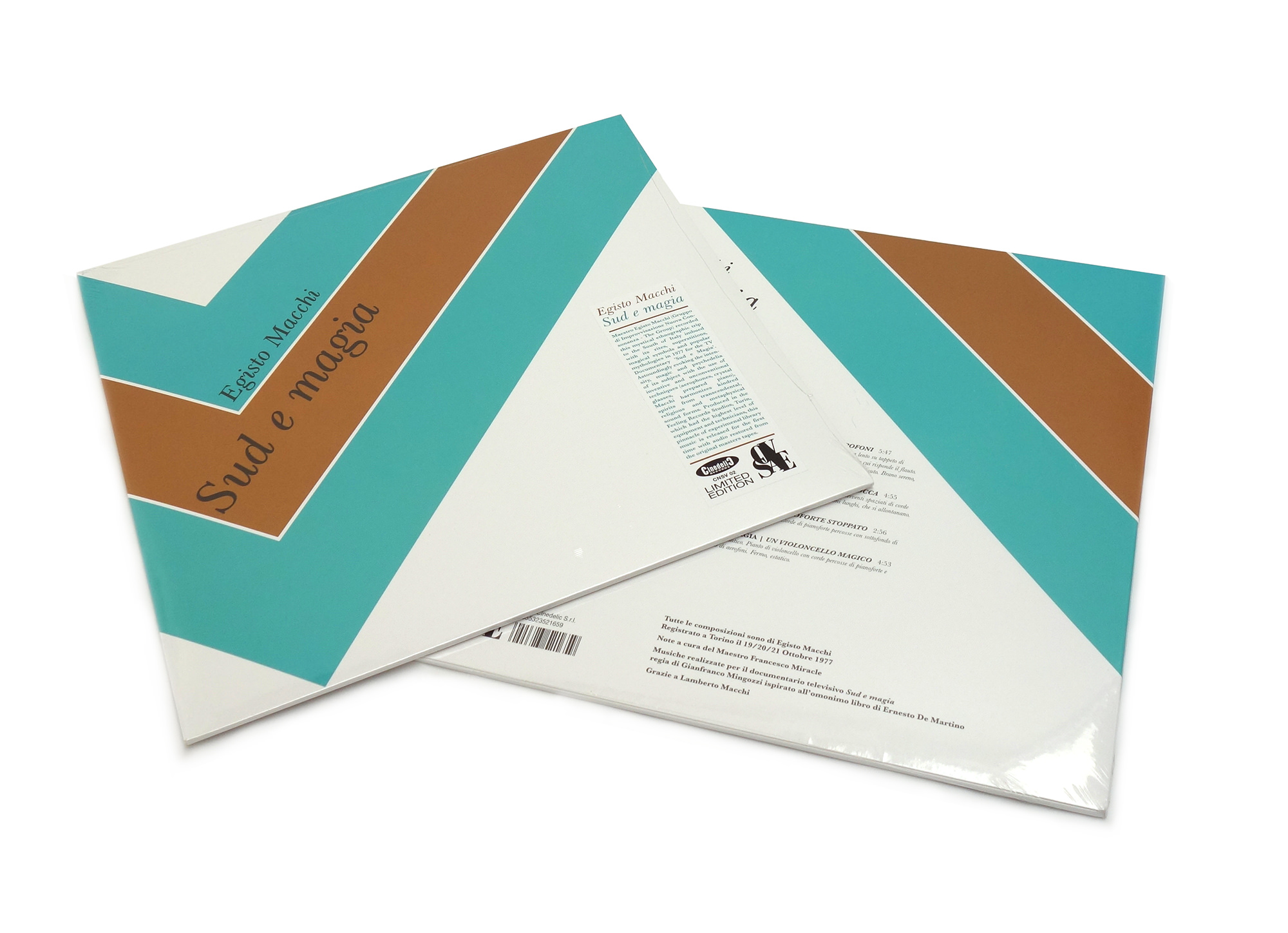 For a generation of composers working across the '60s and '70s, library music and soundtracks were an infrastructure of support that enabled creative liberation, doubling as a mean through which avant-garde and experimental ideas could directly reach the broad populations that they were conceived to serve.

Unsurprisingly, given how prolific he was, the vast majority of Macchi’s incredible body of work remains unreleased in an accessible form. It’s a treasure trove laying in wait, slowly emerging in the hands of imprints like Cinedelic, who have already offered a substantial number of releases dedicated to his efforts.

Their collaboration with Soave takes crucial steps toward appropriately contextualizing the balancing act that the composer maintained between the two understandings of his output.

Sud e Magia is the product of Macchi’s journey across Southern Italy in 1977, made during the production of the ethnographic TV Documentary that bears the same name. Following his return, channeling the intensity, magic, and psychedelic temperaments of his subject, the composer entered Feeling Records Studios in Turin, deploying inventive and unconventional techniques (aerophones, crystal glasses, prepared piano) in conjunction with more traditional instrumentation and approaches to create one of the great triumphs of experimental library music.

Blending remarkably sensitive abstraction with melodic structures that flirt with numerous musical traditions, the long overdue emergence of Sud e Magia in the hands of Soave and Cinedelic is nothing short of a revelation that operates on discrete and expansive terms. A record that makes you rethink everything you’ve heard before, and makes you wonder how it could have possibly remained unreleased for as long as it has.

Easily one of our favorite records of the year so far, this one is going to make some serious waves. Issued in a standard edition, as well as a limited pressing of 100 copies on green vinyl.