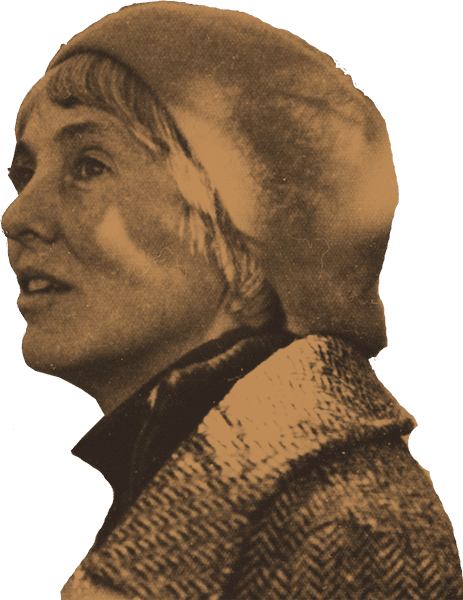 The future as it used to be

Part of Smithsonian Folkways dedicated vinyl reissue series, three LPs - The Entourage Music and Theater Ensemble’s The Neptune Collection, originally issued in 1976, Craig Kupka’s Crystals: New Music for Relaxation 2, from 1982, and Ann McMillan Gateway’s Summer Sound: Abstracted Animal and Other Sounds, take us into the depths of the labels rarely explored catalog of experimental sounds. Each is astoundingly singular piece of work that helps reform the understanding of culture and history on dynamically pluralistic and democratic terms.
By Bradford Bailey, 07 August 2020

When surveying the history of recorded music, it would be hard to find a record label more singularly important than Folkways. Founded in New York City in 1949 by Moses Asch - building on his previous decade of work through Asch Recordings - the imprint set out to document and preserve music, spoken word, and sounds from around the world, doing so with a strikingly democratic spirit, while maintaining a resoundingly high bar of quality across more than 2000 titles produced before Asch’s death in 1987. Folkways is one of the few record labels that can say that it actually changed the world, be it with the release of Harry Smith’s legendary Anthology Of American Folk Music in 1952 - igniting an entire movement of folk revival and preservation - or by offering platform to countless artists and traditions that might otherwise have been lost.

While most know for its strong connection to folk musics - close to home in the United States, as much as those from every corner of the globe - Folkways imposed almost no boundaries on the idioms it was willing to approach, providing a profoundly inclusive snapshot of human creatively manifesting in sound. In addition to a substantial number of jazz releases, the label supported some of the most radical avant-garde music of its day, producing albums by Tod Dockstader, Gamelan Son Of Lion, Dariush Dolat-Shahi, Ilhan Mimaroglu, Malcolm Goldstien, John Cage, David Tudor, and Jon Appleton, and numerous others, not to mention their seminal Sounds Of New Music, Highlights Of Vortex, and Electronic Music compilations. This pocket within the Folkways catalog has always been especially rare and sought after, making it incredibly hard to access. Fortunately, Smithsonian Folkways has begun a dedicated vinyl reissue series that, via the three LPs before us, takes a deep dive into this area of the label’s activity. Each - The Entourage Music and Theater Ensemble’s The Neptune Collection, originally issued in 1976, Craig Kupka’s Crystals: New Music for Relaxation 2, from 1982, and Ann McMillan Gateway’s Summer Sound: Abstracted Animal and Other Sounds, released in 1979, is an astoundingly singular piece of work that stands outside of the standard perceptions of the respective idioms to which the belong. Not only astounding creative gestures in their own right, their contemporary reemergence reactivates the great Folkways tradition of sculpting our understanding of culture and history on dynamically pluralistic and democratic terms.
The Entourage Music and Theater Ensemble - The Neptune Collection
The Entourage Music and Theater Ensemble belongs to a larger, global movement that sought to create more collaborative, interdisciplinary contexts and art forms, blurring the lines between music and the performing and visual arts. This can be glimpsed through the activities of Fluxus, Judson Dance Theater, Black Artist’s Group, Kelan Philip Cohran’s Affro-Arts Theater, Le Théâtre Du Chêne Noir (recently addressed by Souffle Continu), and a great many others, as well as - albeit on slightly different terms - the efforts of artists like Mauricio Kagel, Luc Ferrari, and Bernard Parmegiani for theatre and television. Founded by Joe Clark, Rusti Clark, Michael S. Smith,and Wall Matthews, during 1970 in Baltimore, MD, the group set out to work within the contexts of theater and dance, first relocated to Millbrook, NY, and then settling in New London, CT, where they were active until 1983.
Flexible in size and the temperaments of its membership, The Entourage Music and Theater Ensemble fused numerous musical idioms - jazz, rock, folk, modern classical, free improvisation, spoken word, and elements from a diverse number of traditions from across the globe - into a cohesive and entirely singular form. In 1973 they produced their debut, self-titled album for Folkways - a stunning piece of reissued by the imprint in 2012 - before carrying with an incredibly active period of live performance, before entering the studio again to record 1976’s The Neptune Collection, finally reissued now.
The Neptune Collection is easily among the most musically distinct and important avant-garde records that Folkways ever released. There’s a good reason why collectors hunt far and wide for it, and prices go sky high. It’s incredible and sounds like nothing else. Perhaps most fascinatingly, the music stretching across the album’s two sides is pregnant with a careful balanced impression of space; a free standing music working autonomously on its own terms, while effected by and leaving room for the movement of bodies that we can not see. These are sounds formed generously in allowance for something else, becoming felt rather than heard.
Remarkably cohesive for the vast range of approaches and forms it incorporates, The Neptune Collection traces through delicate harmonics that flirt with the borders of acoustic ambient music, psychedelic folk, the structures of minimalism, bristling and radical free improvisations, and outright avant-gardism that feels far more like electronic and computer music than what it actually is. It’s a truly magical and immersive journey that’s entirely of its moment, while seeming timeless, surprising and relevant at every turn. It would be impossible to recommend this one enough. As important as reissues come, while offering a crucial window into the radical forms of creativity approaching sound during the 1970s. Remastered from the original master tapes, packaged in classic Folkways-style tip-on jackets with liner notes. Not to be missed.

Like so many musical forms that suffer from historical neglect, Kupka’s Crystals: New Music for Relaxation 2 stands beyond the tidy definition of proximity and genre; offering something that is neither what is presumed to be avant-garde and experimental music, nor New Age or ambient. It stands on its own, and makes a new proposition of what music can be, doing so on endlessly engaging and visionary terms. Like all three of the Smithsonian Folkways reissues in this batch, its reemergence offers a crucial tool in rewriting the narratives of 20th century music in more just and democratic terms. When faced with his sounds, there’s every reason for Kupka to stand beside the best of his peers working in New York and beyond. Incredibly essential and not to be missed. Remastered from the original 1982 master tapes, packaged in classic Folkways-style tip-on jackets with liner notes. Grab it while you can. 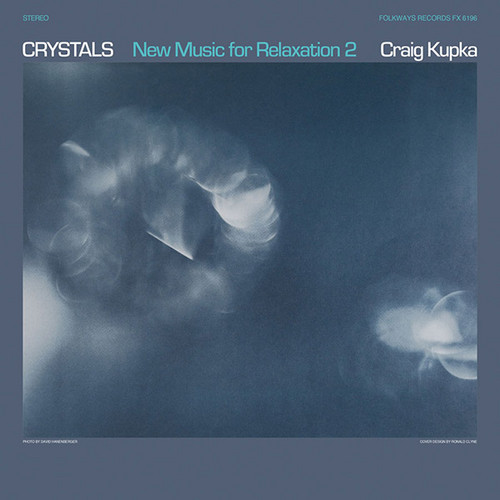 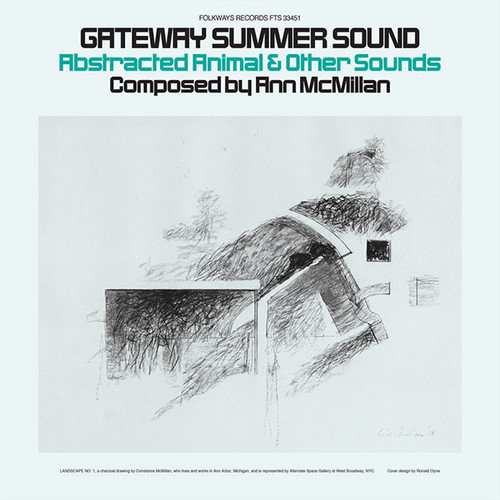 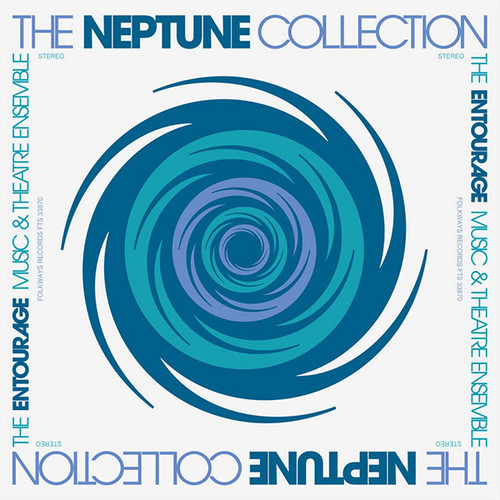