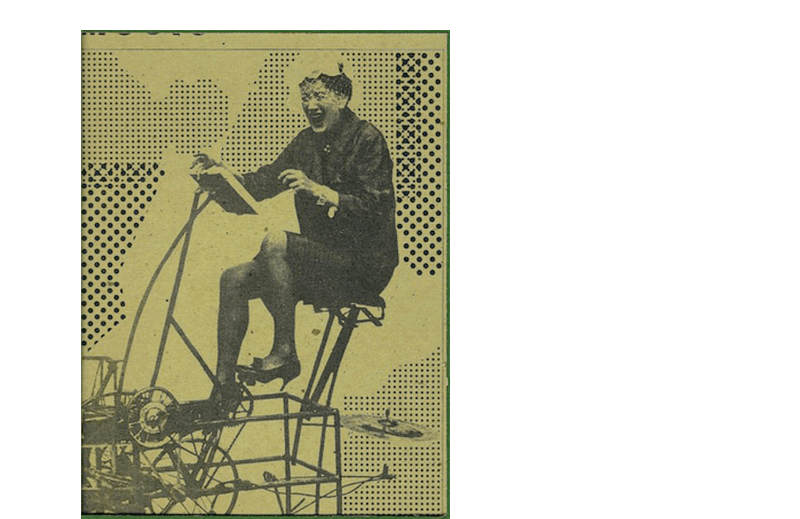 Vanity Records was founded in Osaka in 1978 by the singer, publisher, producer and writer, Yuzuru Agi. Arguably the label’s most ambitious effort, "The Vanity Records Tape Box" doubles as an unparalleled window into its conceptual ethos and underground Japanese music during the early 1980s, only rivalled by the legendary double LP "Music", originally issued in 1981 and possibly the rarest and hardest to find of all of the label’s output.
By Bradford Bailey, 02 May 2020 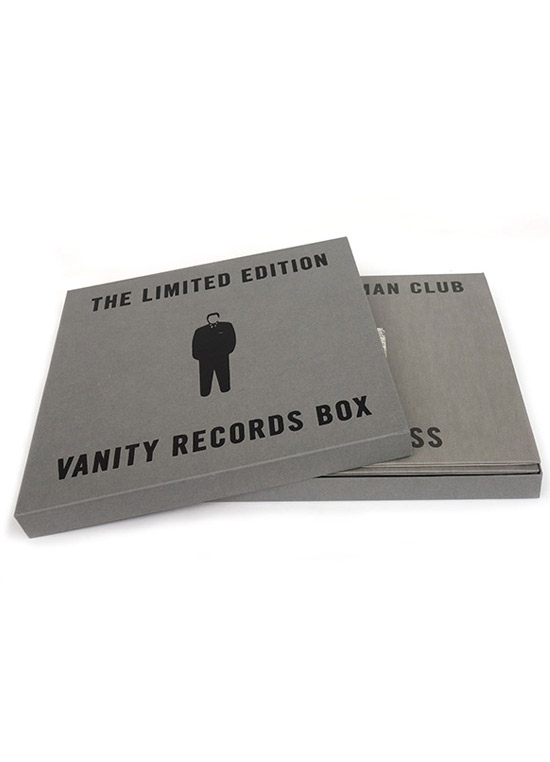 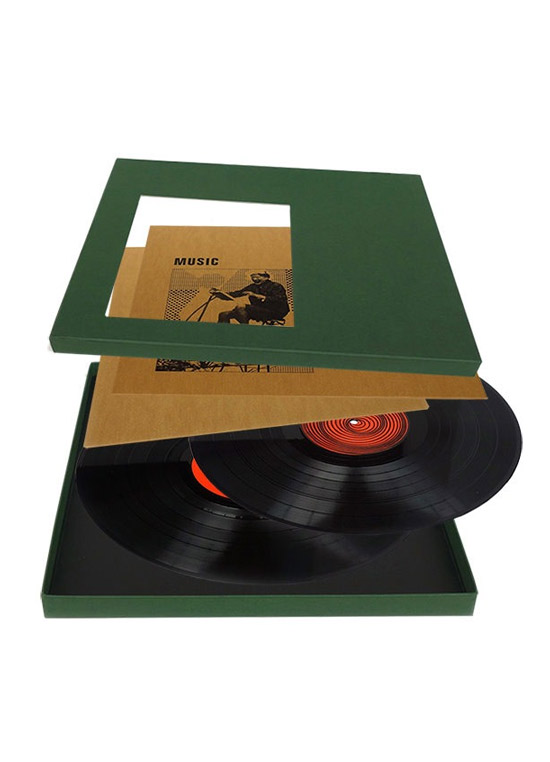 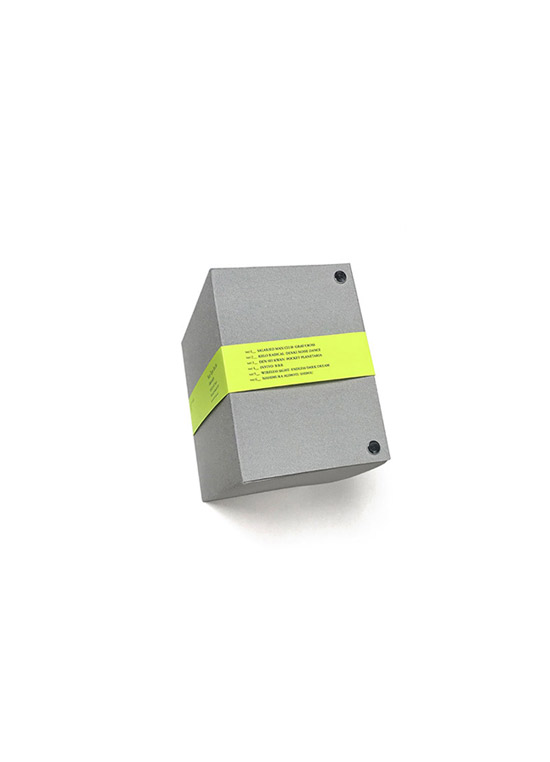 Constantly evolving and boiling at a fever pitch for decades on end, its recorded documents often housed in tiny, limited editions, catching a cohesive vision of Japan’s long history of underground music has always been difficult. Not only is its output remarkably diverse - a sprawling expanse of sound defined by singular artists forging their own paths - it can also be incredibly localised, allowing little to escape the country’s borders. Fortunately, thanks to a number of dedicated reissue projects over the last few years, the shadows of obscurity have begun to fade, allowing us to celebrate the significant contributions of countless Japanese artists who have fully received their rightful due.

Today, we’re thrilled to highlight three such cases, all focusing on the output of the seminal late '70s and early '80s Osaka based imprint, Vanity Records. Two of them are deluxe reissues of the imprint’s six cassette box set, originally planned as an edition of 70 copies in 1981, with only actually 30 produced. The first, by Edition Nord, faithfully reproduces the collection on its format, while the second, by Vinyl-On-Demand, goes on deluxe with the material’s first ever pressing on vinyl. VOD then takes us one step further with a stunning reissues of their 1981 double LP box, Music.

At long last, whether heard individually of collectively, the wild sounds of the Osaka underground unfold before our ear, still feelings as radical and fresh as they did at the time.


The reissue market is a strange, unpredictable beast. One moment an album is virtually unobtainable, and then the call of the zeitgeist provokes more than one edition of its reissue to emerge.

Once heard, The Vanity Records Tape Box set - reissued in cassette and vinyl editions by Edition Nord and Vinyl-On-Demand respectively - leaves little mystery about why. Whatever the listener’s preferred format, the musical landscape is unquestionably better for both. 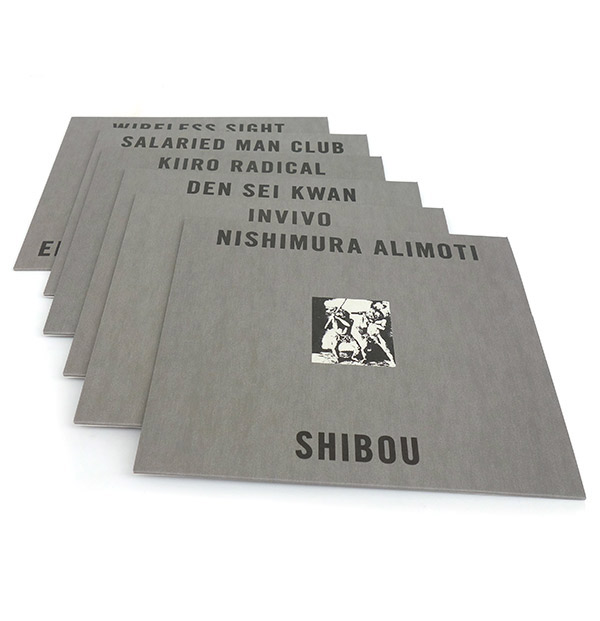 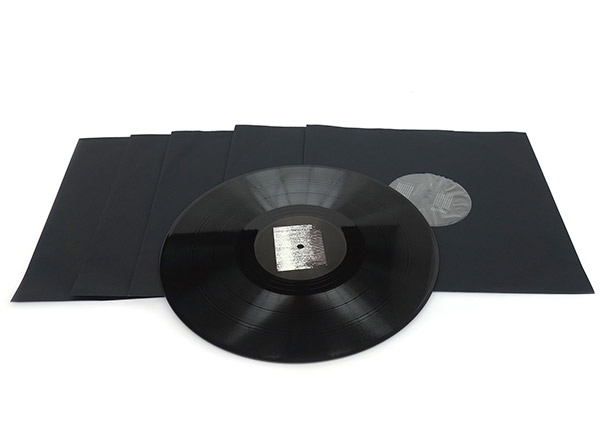 Vanity Records was founded in Osaka in 1978 by the singer, publisher, producer and writer, Yuzuru Agi, during the period when he was the music critic and editor of 'Rock Magazine'.

Always seeking forward-thinking realisation of contemporary music, the imprint was inspired by the DIY ethos of Punk, producing only 11 LPs, 3 singles, 12 flexis, and the 6 cassette box set - each in incredibly limited editions - until concluding its activities in 1982.


Arguably the label’s most ambitious effort, The Limited Edition Vanity Records Box doubles as an unparalleled window into the label’s conceptual ethos and underground Japanese music during the early 1980s, compiling the music of six artists whose works were rigorously selected from countless demo tapes that were sent to Vanity from across the country. 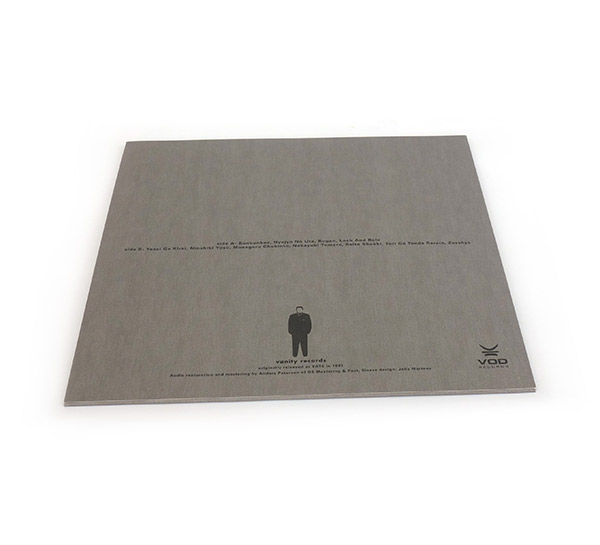 For its iconic status, perhaps the most striking thing about The Vanity Records Tape Box is that each of its albums represent the lone release by each of the six projects represented within, making its availability and value as a document that much more important.

Remarkably cohesive as a single body of recordings, as much as free standing, individual albums, it takes the ear in a stunning series of internal worlds, built from moody, DIY electronics and sparse acoustic instrumentation. 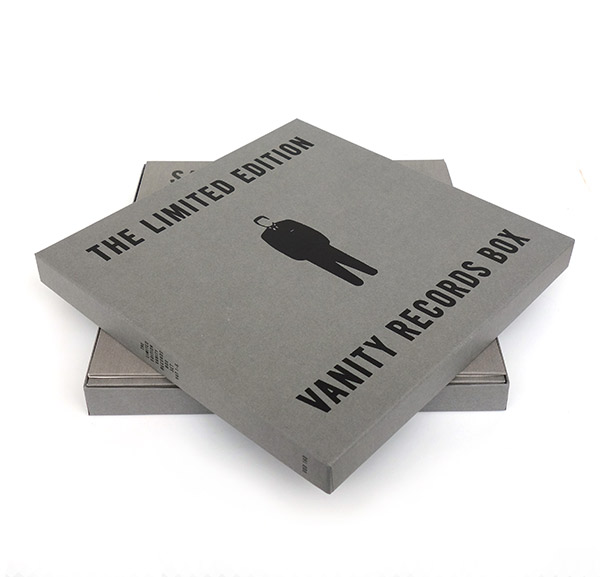 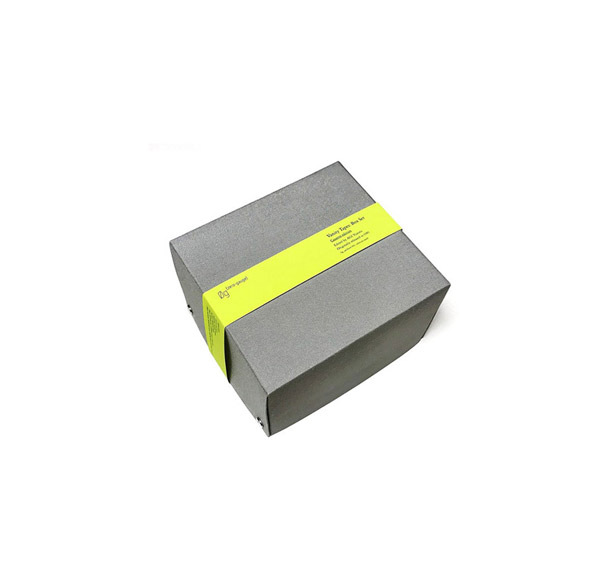 
Immersive, fascinating, and historically seminal from start to finish, The Vanity Records Tape Box collectively culminates as a minimal, bedroomy vision of industrial music, taking great leaps to frame the long overlooked efforts of Japanese artists in close conversation with numerous other scenes working across the globe during the moment of its initial release during the early '80s. 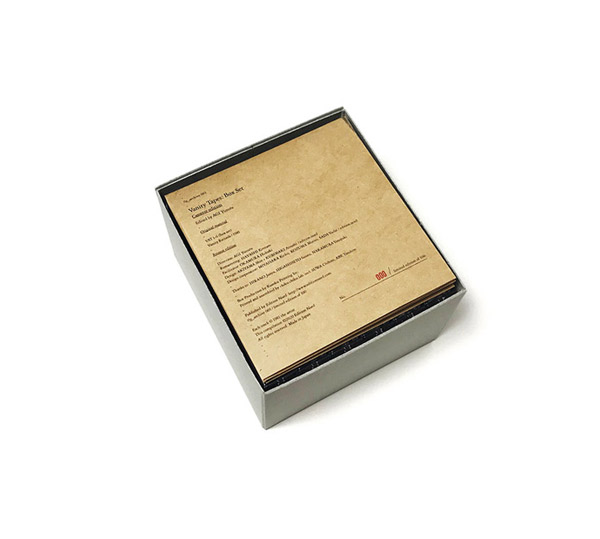 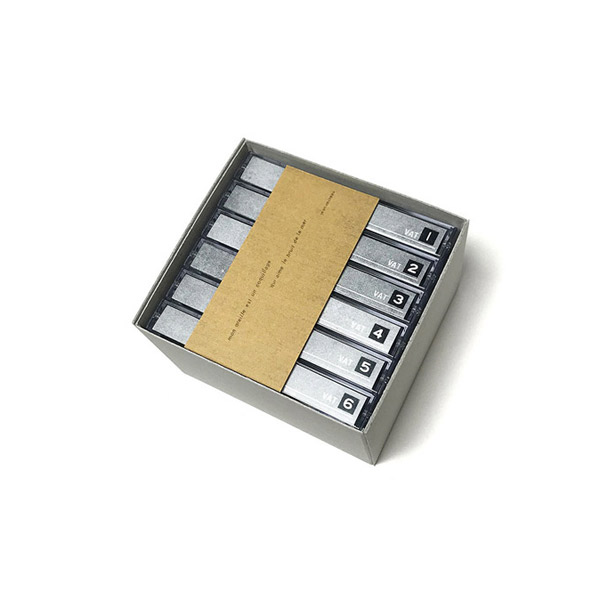 Both the Vinyl-On-Demand and Edition Nord releases are so stunning and it would be impossible for us to pick a favourite, so it comes down to preferred format.

Each project was instigated with the participation of Yuzuru Agi shortly before his passing in 2018.

Absolutely wonderful listening that is essential for any fan of the Japanese Underground, and just about everybody else. 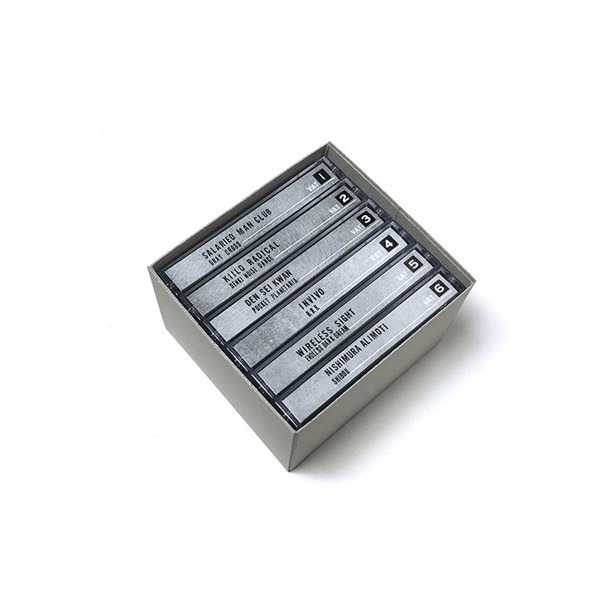 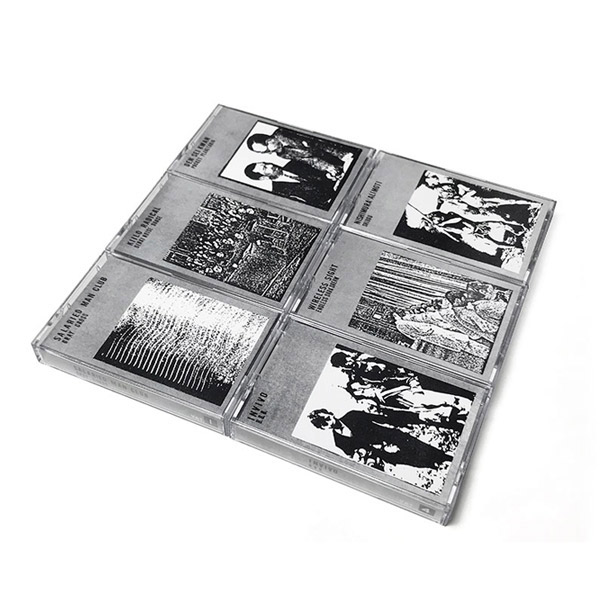 
As if the six LP box wasn’t enough, Vinyl-On-Demand takes their incredible and illuminating exploration of Vanity Records one step further with a stunning reissue of the legendary double LP box, Music, originally issued in 1981 and possibly the rarest and hardest to find of all of the label’s output.

Music grew from a similar idea as The Vanity Records Tape Box, but contains radically different sounds. It is a selection of thirteen artists’ tracks that were chosen from over 100 cassette tape demos sent to Rock Magazine from all over Japan. 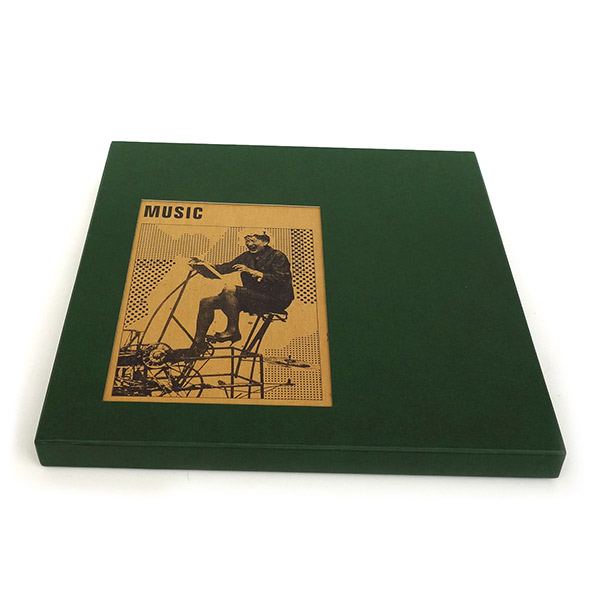 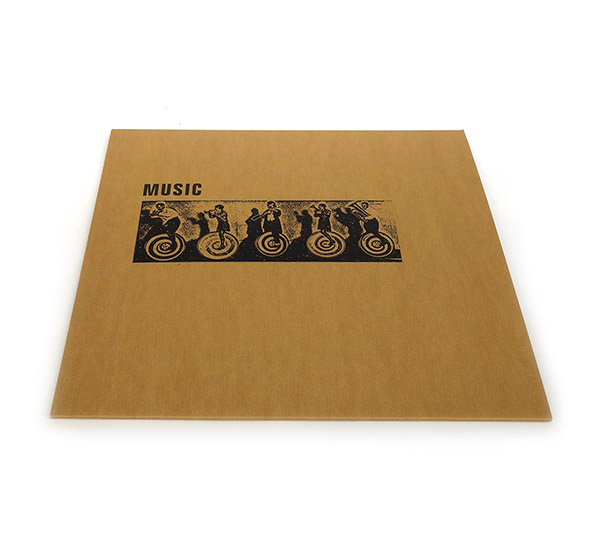 Viewed historically, and separate from the incredible sounds themselves, the collection stands as a monumental document of early, experimental home recording music from Japan during the late '70s and early '80s.

With the exception of Adode/Cathode, Tokyo - a project led by Munehiro Narita of High Rise, Plazma Music, Arbeit, Kiiro Radical and Invivo, Yuzuru Agi’s solo alias New York - featuring his field recordings from a visit in New York, all other artists were included anonymously, with their information shrouded in mystery.

Incredibly listenable, while raw, intuitive, and covering a vast range of territory, Vinyl-On-Demand’s Vanity Music is an absolute revelation that is impossible to sum up.

From noise to sublime minimal electronics, and jangly bedroom pop, it’s an absolutely astounding journey into an almost entirely unheard part of the most obscure corners of the Japanese underground of its moment, tracing through DIY industrial, post-punk, minimal wave, techno and electronica in entirely unexpected ways.

We were totally blown away when we dropped the needle on this one for the first time. It's ridiculously good and a total revelation on numerous fronts, each of its voices remaining incredibly compelling and relevant nearly four decades after the collection originally emerged.

Vinyl-On-Demand’s new edition of the box, conceived in collaboration with Yuzuru Agi, includes a shirt. They’ve definitely done it again.

A stunning piece of work that can’t be missed, produced with all the love and care for which VOD is known. 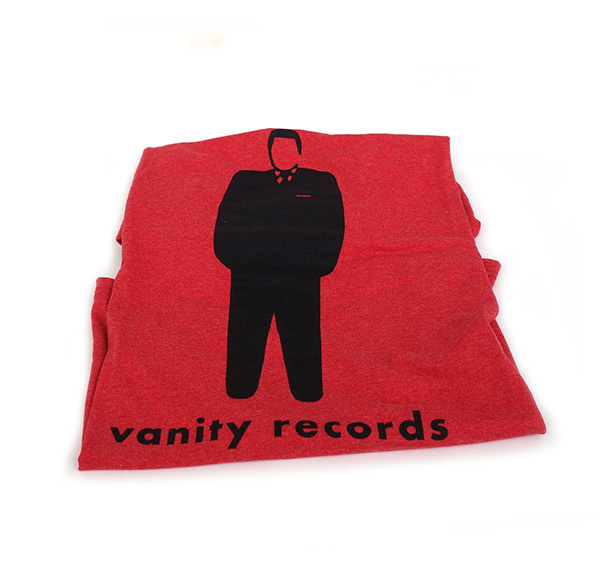 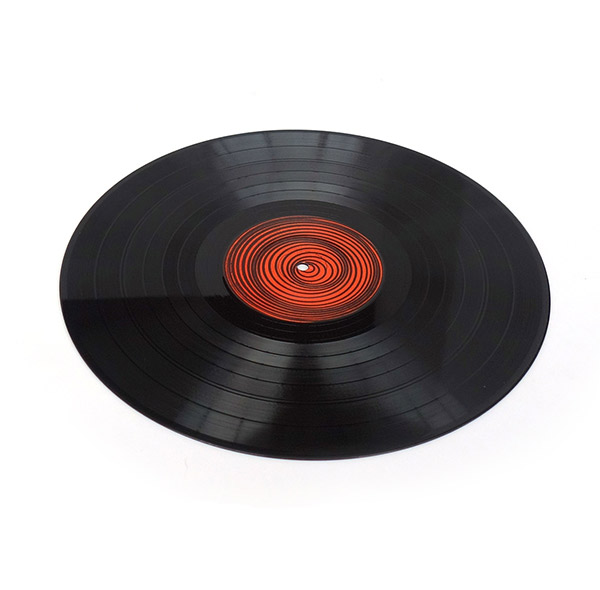 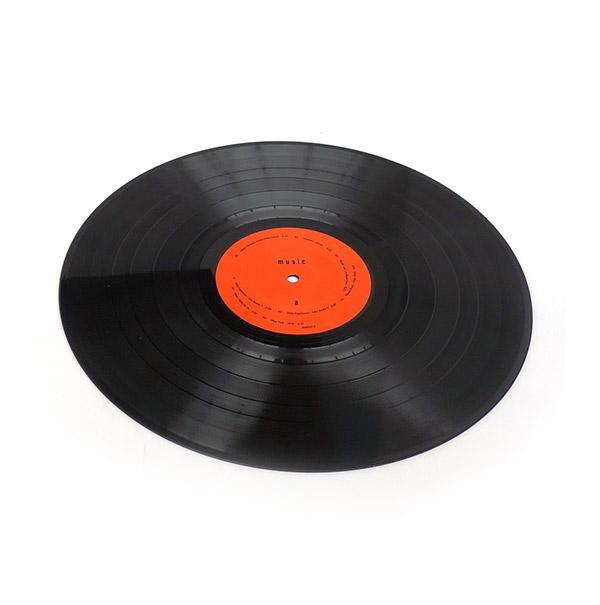