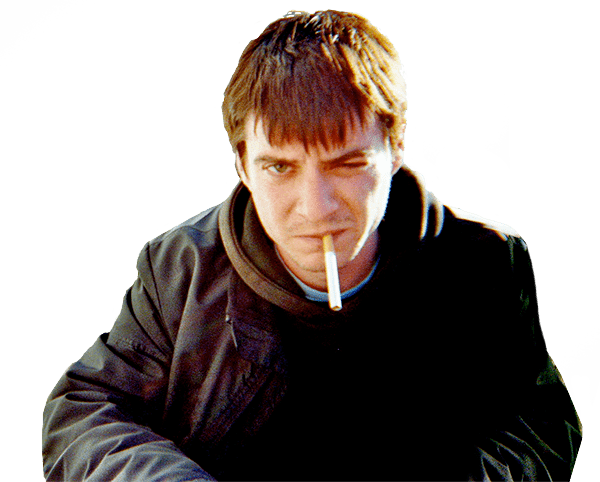 Hot off the presses from the French imprint, Kythibong, the Australian percussionist, Will Guthrie, returns with "People Pleaser - Pt. II", one of his most astonishing endeavours to date. A visionary work of musique concrète, weaving intoxicating, driving rhythms into a bristling expanse of field recordings, samples, and found sounds, it drives forward at a pounding pace, knocks the wind from your lungs, and is easily among the most singular records 2021 is likely to hear. Truly astonishing from the first note to the last.
By Bradford Bailey, 10 September 2021

The France based, Australian percussionist, Will Guthrie, is in the midst of an incredible run. 2020 saw the release of his stellar solo LP, Nist-Nah, as well as two collaborations with Mark Fell, while this year has already been graced by his widely celebrate duo with James Rushford, Real Real World. Now he’s back with an absolute burner, the solo LP, People Pleaser - Part II, issued by the French imprint Kythibong. Shattering the boundaries between raw abstraction and trance inducing rhythm, it entirely rethinks the terms of electroacoustic music across its mind-bending two sides. Guthrie has hit a new high. This is easily some of the most ambitious and exciting music we’ve heard all year.

Having since relocated to France, Will Guthrie first emerged on the Australia scene around the turn of the millennium. Over the years since, he has developed a highly individualized percussive and sonorous language - improvised and composed - across a growing discography of solo efforts, as well as within numerous collaborative projects with artists like Oren Ambarchi, Mark Fell, Hong Chulki, James Rushford, and Stephen Magnusson.

Guthrie has made his name traversing one of the most challenging and vulnerable pathways that a percussionist can take, that of a solo, unaccompanied performer, all the while building an adjacent body of bristling electroacoustic work. Over the years these two worlds have been slowly converging, reaching a fever pitch with 2017’s People Pleaser - issued by Black Truffle - which combined harsh, textural electronics and sampling, with driving, improvised rhythms that collectively joined at the borders of aggressive noise. It is this territory, radically expanded to a mind-bending scale, that he revisits across the two sides of People Pleaser - Pt. II, the latest instalment of his solo explorations. 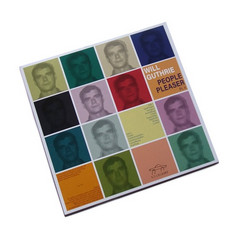 While entirely connected to its predecessor through its conceptual and technical approach, the second instalment of the People Pleaser series reveals another dimension to Guthrie’s choice in title. Despite having upped the ante in terms of sonic assault, dynamics, and dimensionally - making it arguably far more radical - the album is peppered with disarming sensibilities of pop. Regarded as an homage to musical friends and heroes, with nods to the long history of sampling in popular music, the album’s 12 tracks harness the techniques of musique concrète in entirely singular ways; almost rethinking the idiom as it deftly weaves field recordings of a vast range of happenings and found sounds into a pallet of loops, samples, electronic texture, and wild, driving drumming that sends the ear spinning into an ecstatic twist. Resting somewhere within the uncharted waters between free improvisation, sound collage, noise, and dance music, it's just about as immersive, infectious, intoxicating, and creatively visionary as records come.

A truly astounding accomplishment - defined by the compulsion for risk taking that has made Guthrie the artist he is - People Pleaser - Part II is nothing short of a masterclass in electroacoustic practice as it pushes the idiom into riveting new realms. Easily among the best records we’ve heard all year, pressed on glorious vinyl by Kythibong, we're at a loss for words. As good as experimental music gets and then some. Guthrie has hit a new high. Hold on tight, and don't miss the ride.