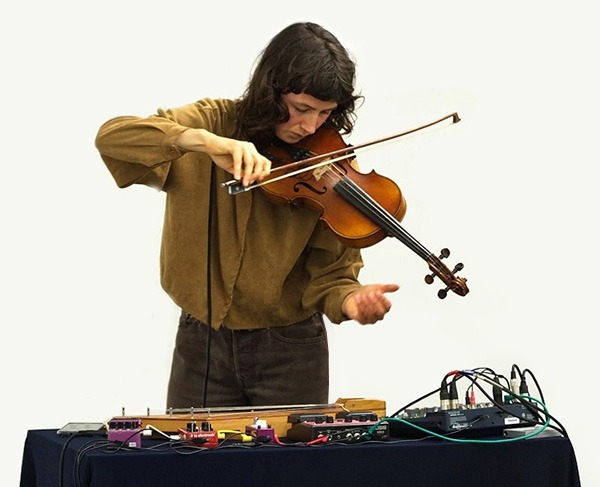 Rounding out what's already been a pretty incredible year, Morc Records returns with an absolutely stunning split LP from Pefkin and Roxane Métayer, bringing together two of the most striking voices currently working in folk derived experimentalism, ambience, and drone. Overwhelmingly beautiful, creatively visionary, and pregnant with emotion and human touch, like Roxane Métayer’s “Éclipse Des Ocelles” from 2021, this one's bound to end up as one of our favorite records of the year.
By Bradford Bailey, 07 November 2022

While they’ve been up and running for more than two decades, over the last few years the Belgian imprint, Morc Records, has been capturing out hearts and minds with some seriously stunning releases by Luster, Delphine Dora, R.O.T., and numerous others. Last year, they delivered Roxane Métayer’s “Éclipse des Ocelles”, which turned out to be one of our favourite records of 2021, and left of us longing for more. Thankfully, the wait has come to an end with their latest, a stunning split LP between Métayer and the Scottish dronefolk pioneer Pefkin. Comprising two different visions of ambient experimentalism - pregnant with emotion and human touch - it’s an absolute stunner that unveils some of the most striking evolutions currently unfolding across the European underground. 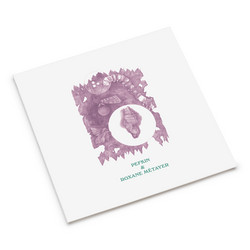 Born in France and currently residing in Brussels, Roxane Métayer is a multidisciplinary artist, working as a visual artist in video, drawings, and sculptures, in addition to a musical practice - heavily focused on the spontaneous - that date back to her childhood when she began studying the violin. In addition to her solo efforts that weave violin, field recordings and vocal interventions into a broader pallet of thick modulating drones, percussive and textural playing, and subtle processing, she has been active for a number of years on the European experimental music scene, working in the duo’s Gebogen Ogen and Sage Alyte, the latter of whom released their stunning debut on Vlek last year. 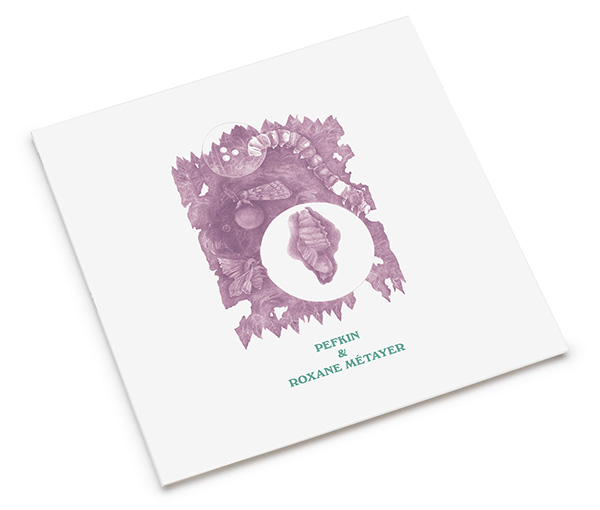 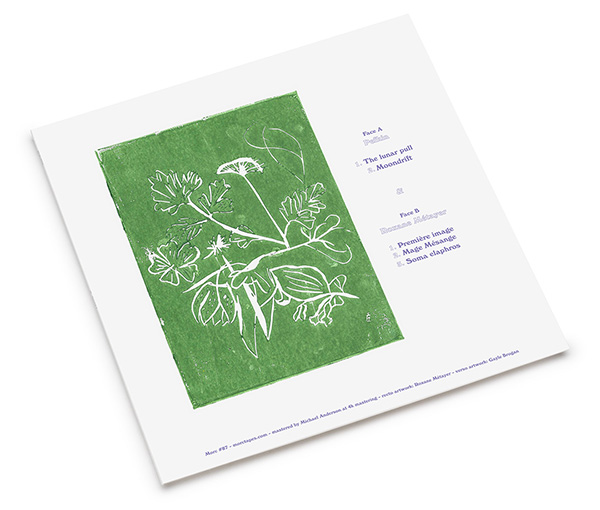 Occupying a roughly adjacent territory from her home in Ayrshire, Scotland, is Pefkin, the alter ego of Gayle Brogan, who first emerged within the more experimental extensions of the Scottish independent music scene during the mid 1990s as one half of Electroscope. By the mid 2000s, Brogan had begun to develop a fascinating solo practice, sculpting glacially paced ritualistic hymnals, resting within a liminal zone between ambient music, drone, and electronic experimentalism, that draw heavily on the references to the natural world, issuing numerous full lengths on Pseudoarcana, Morc Records, Wild Silence, etc. 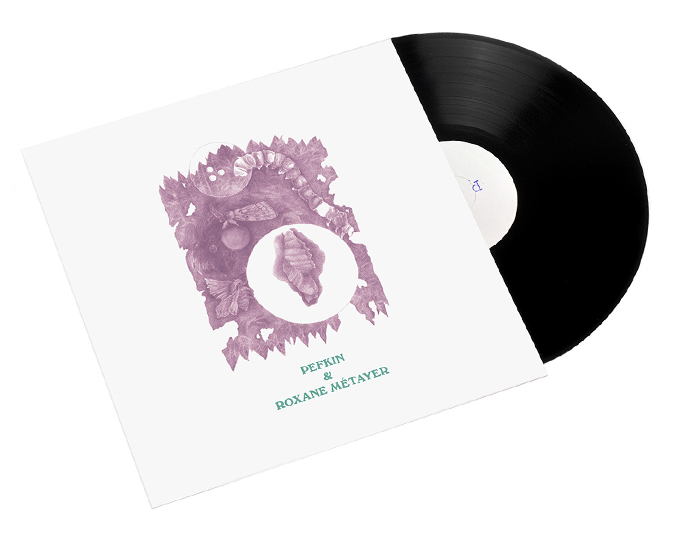 Both Métayer and Pefkin, in addition to being label mates, are long time admirers of each other’s work, making “Split”, an album featuring three tracks by the former and two by the later on complimenting sides, a perfect happening on both creative and emotional terms, allowing two like-minded artists to explore the boundaries of what connects them. The side of the LP offered over to Pefkin, encounters the artist at her most melodic, interweaving the long-tones of bowed strings, field recordings, vocals, and numerous other sound sources into vast ambient expanses laden with sorrow. 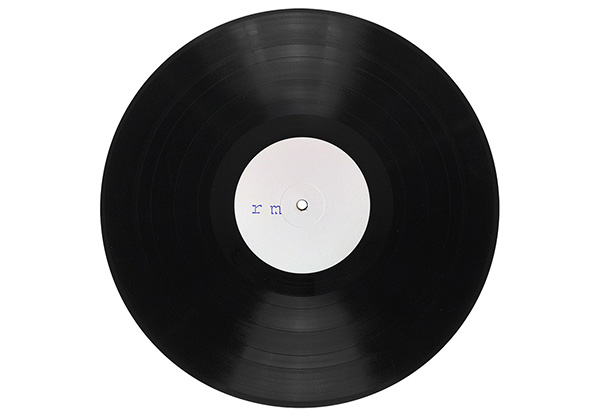 Métayer’s three compositions, while operating perfectly as a counterpoint on the second side, dive toward considerably more abstract territories, and might be the most explicitly experimental we’ve heard from her yet. From the opener, “Première image”, which channels violin drones and vocals toward a razor’s edge between folk and the avant-garde, she progresses toward a continuously more radical footing, first with micro-harmonics produced with timbral techniques on the violin, before introducing wild gestures on synthesiser and numerous other sound sources that resist identity and location, defy delivered into aching chasms of space. 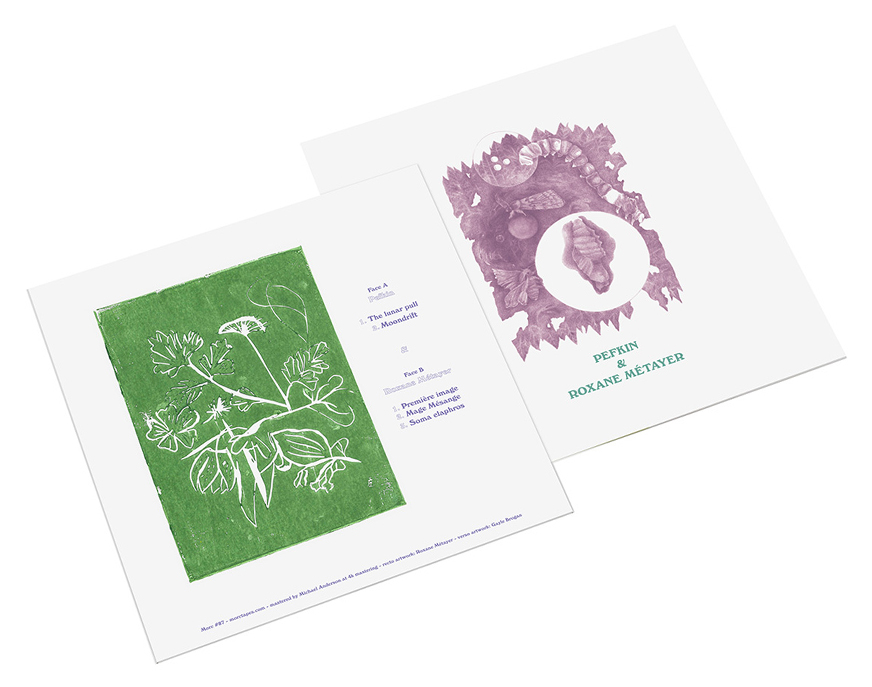 As ever, Morc Records has continued to illuminate crucial gestures working quietly within the context of European experimental music with Pefkin and Roxane Métayer’s “Split”. Visionary, beautiful, and challenging at every turn, once again we’re left hanging on bated breath wondering what these artists have in store for us yet. Issued in a highly limited edition of 200 vinyl copies, we couldn’t think of a better way to wind down 2022.