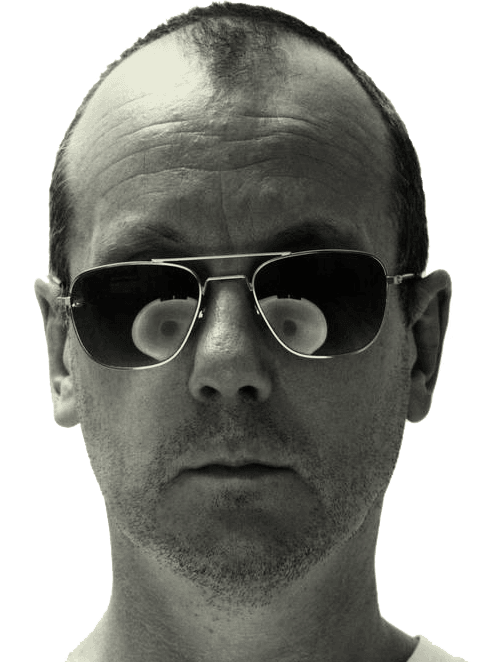 Originally issued by David Toop’s own Quartz Publications, "Wounds" captures the remarkable duo of Toop and Paul Burwell at its height. Doubling as a crucial window into a seminal moment in the British music scene, the album was recorded by Max Eastley and Russ Wood, with its nine tracks culled from a single performance at the London Musicians Collective on June 30th, 1979.
By Bradford Bailey, 08 April 2020

First taking flight from the African American idiom of jazz, for more than half a century freely improvised music has given way to countless individualized languages and approaches that span the globe, allowing artists to shed constraint and structure in order to express, create, and converse on entirely liberated terms.

Despite the practice’s remarkable diversity, dominant strains have generally retained a foothold in the proximity where it began. With that in hand, perhaps because of early, outspoken figures like Derek Bailey and Cornelius Cardew - each representing a remarkably distinct set of ideas and singular practical approaches - the British scene has always stood slightly apart, displaying a striking density of artists who venture further into the unknown, moving away from jazz to create organizations of sound that stand almost entirely on their own.

Among the most visionary of these is the writer, theorist, and musician, David Toop. Here at SoundOhm, we’re long time fans of his seminal contributions, making it an absolute thrill to shine some light on the long overdue reissue of his stunning 1980 duo LP, Wounds, made with the veteran percussionist Paul Burwell.

Emerging in the capable hands of Song Cycle - joining a catalog of gems that includes singular efforts by Michael Snow, Marcel Duchamp, Christina Kubisch, Terry Fox, and others, not to mention their reissues of the iconic Revolutions Per Minute, Fluxus Anthology, and Poesia Sonora ‎compilations - it’s an absolute stunner that shouldn’t be missed on any count.

David Toop belongs to the incredible second wave of British improvisers that emerged across the 1970s in the wake of artists like Derek Bailey, Evan Parker, John Stevens, John Tilbury, Keith Rowe, and Cornelius Cardew, as well as the associated projects like AMM and Scratch Orchestra.

Toop first caught the public eye via his debut LP, New and Rediscovered Musical Instruments, created with Max Eastley and issued by Brian Eno’s Obscure Records in 1975. The album represented the first recorded realization for the ideas and approaches addressed by their seminal text, New / Rediscovered Instruments Volume 1, published during roughly the same period.

Where most improvisors attempted to liberate music within a fairly limited pallet of sounds, Toop was among the first to not only look beyond European sources, but to suggest objects and artist made instruments to further the cause. 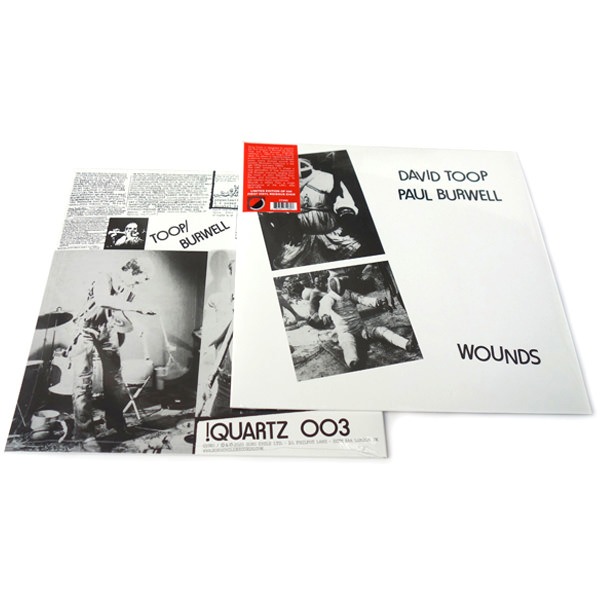 From the foundations of early meetings within the London Musicians Collective, Paul Burwell, the remarkable but sinfully under-appreciated percussionist, was among Toop’s most important collaborators during this crucial era in his career.

His contributions can be found across nearly every one his albums during the second half of the '70s and early '80s - in duo form, as well as trios with Nestor Figueras and Bob Cobbing, and more extended ensembles that included Max Eastley, Steve Beresford, Hugh Davies, Paul Lovens, Paul Lytton, Evan Parker, and others. The partnership was so potent that it continued to bare fruit until Burwell’s untimely passing in 2007. 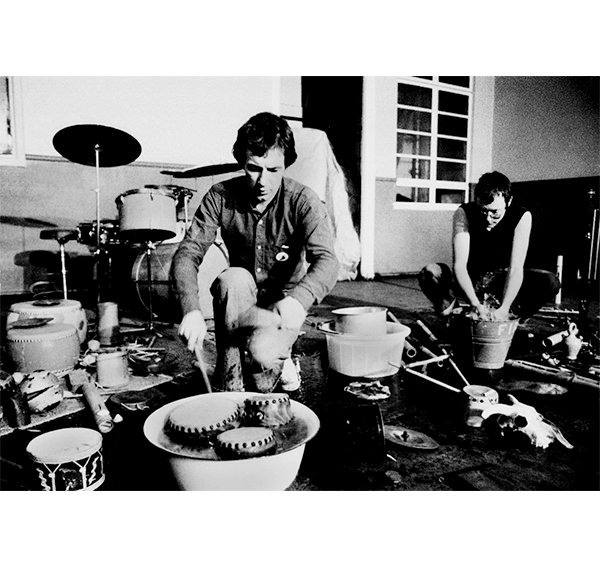 Originally issued by Toop’s own Quartz Publications in 1980, Wounds captures the remarkable duo of Toop and Burwell at is height, quickly explaining what the hype was about. Doubling as a crucial window into a seminal moment in the British music scene - displaying how far afield it had ventured - the LP was recorded by Max Eastley and Russ Wood, with its nine tracks culled from a single performance at the London Musicians Collective on June 30th, 1979. It’s as alive and in the moment as music can be.

Encountering Toop and Burwell deploying a vast range of musical instruments and found objects - electric guitar, flute, cassette, water, rubbish, explosives, six strings harp, bamboo fiddle, and whistles, to name a few - placed on the floor in front of the artists, ready to be picked up and played, and even in its basic materiality it foreshadows the actions of numerous generations of artist that would follow in the album's wake.

Giving way to a rattling expanse of texture, complex polyrhythm, and bristling tone that draws the ear toward fundamental meanings at the primal root of music itself, Wounds is an album suspended between the unfolding of time, witnessed performance, and circular ritual, collectively rising as a sonorous expanse, offering an unlikely, optimistic path through the darkening times during which it was made.

A seminal document of British improvisation, harnessing the use of non-canonical instruments to express in entirely new ways, this is a record, in a two sided sweep, that reminds us what the avant-garde is all about.

An absolutely brilliant thrilling experience in listening, we couldn’t possibly recommend it enough. Reissued for the very first time, with all the love and care for which Song Cycle has become know, Wounds remains a revelation 40 years after it first entered the world.

As essential as they come.