On Lee Gamble’s stunning first major work since Koch [2014], the rave dreamer reawakens to decode and interpret his hallucinations for Hyperdub, coming to terms with the idea of Mnestic Pressure - a confluence of individual and collective pressures on contemporary memory - in an astonishly febrile, vivid collision and projection of jungle and ambient structures. With his move to Hyperdub following a string of modern classics for PAN, Lee Gamble has effectively reset his sound to realise a more intricate, restless matrix of ideas that seems to emulate the sound of a mind that’s too wired to sleep, rushing from an overload of inputs which it struggles to make sense of. In this case the struggle is perfectly sur/real, making the listener unsure of whether he’s awake or dreaming, or perhaps experiencing some combination of the two ostensibly opposing states of mind. As with his previous releases, Mnestic Pressure finds Lee acting as a conduit or plugged in psychopomp, absorbing the physical and mental pressures of life in London and online, and then transmuting, firming up those feelings in an elusively abstract style that conveys the daily bombardment of the senses, and by turns the memory, in a way which the written word will never fully capture. But in a marked departure from earlier releases, Mnestic Pressure reveals a subtle but decisive shift away from straighter 4/4 patterns towards a constant, broken flux of meters and velocities which can perhaps be heard to reflect the shift in popular perception of time as a linear sequence, to a more complex, difficult-to-grasp weave of timelines which expand and contract, sometimes folding in on themselves or short circuiting in a sort of Déjà vu or jolting hypnic jerks. It’s really best consumed from front-to-back in order to really allow that tempestuous momentum to take hold, as it plays out like a live or DJ set in some of the more slippery passages, especially the psychoacoustic smudge between East Sedducke, 23 bay Flips and Swerva, and the deft transitions from You Hedonic’s amniotic suspension to the glancing arrhythmic ballistics of UE8, but the DJs will also find very useful parts to extract in the Rian Treanor-meets-Demdike Stare flex of Ignition Lockoff, and his absolutely deadly jungle bullet, Ghost. For our money, it’s Lee’s most essential release since Diversions 1994-1996. 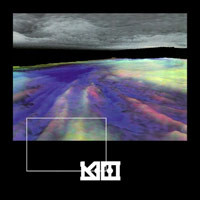 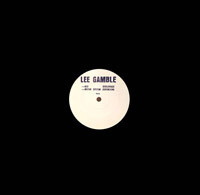 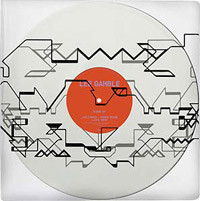 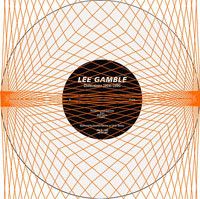 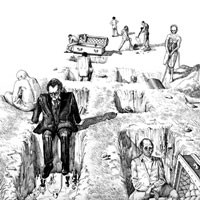