beautiful CD 3" in digipack with gatefold cover, this disc includes two compositions realized at the Electroacoustic Studio of the Centro Latino Americano de Altos Estudios Musicales (CLAEM) of the Torcuato Di Tella Institute in Buenos Aires, Argentina. If nothing else, the commercial release of these pieces is important as it documents part of the musical output of this institution, which existed between 1961 and 1971 and had important repercussions on the new music life of Argentina and Latin America.The CLAEM offered biannual scholarships to young Latin American composers who thus had the opportunity to study with some of the most important musical figures of the day, such as Iannis Xenakis, Luigi Nono, Riccardo Malipiero, Oliver Messiaen, Bruno Maderna, Luigi Dallapiccola, Alberto Ginastera and Gerardo Gandini.
Cinta Cita (1969) is a five-minute composition which is the first that Antunes - a student at the time - realized in a professional studio. The purely electronic sound material used includes filtered noise and synthetic sounds created by additive synthesis. The piece presents the interaction between sustained, continuous textures and groups of short sound events which create irregular rhythmic configurations. It works quite well, displaying an effective economy of material and formal clarity.
Auto-Retrato Sobre Paisaje Porteño (1970) incorporates to the electronic sounds an "object trouvé" in the form of an Argentinian tango taken from an old record. Fragments of this material are looped and provide a basic pattern over which the composer builds the characteristic rhythms of Brazilian samba. Halfway through the piece, the spoken voice of Antunes makes its apparition, gradually coming to the foreground. Made of mostly meaningless words, the speech includes however certain understandable words which are intended to convey the concern of the composer with the political situation of Latin America in those years. This is a longer piece (ca.15') and formally as successful as Cinta Cita but in a sense more interesting as it presents the result of a conscious search for a musical identity that will reflect the young composer's belonging to Latin America.
Details
Cat. number: ST 001
Year: 1970 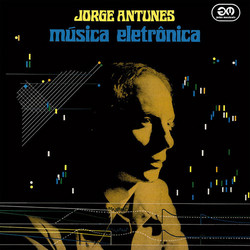 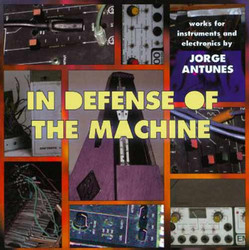 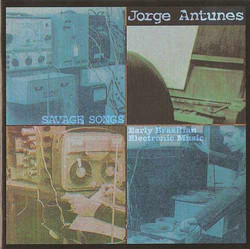