2016 Release. First time available since its original release in 1972. Jukka Hauru is hardly a household name, but in Finland he's a noted producer and journalist, and in the 1970s he released two albums featuring his wild guitar excursions. It's a basic psychedelic jazz avantgarde power-trio outing, featuring Jukka's ace six-string blasts, but is also joined by sax and violin, giving it a broader, more expansive sound. There is also a sense of humor prevalent on the album, as if Hauru didn't take himself so seriously - read titles like "Jam Session The Finnish Yes Federation's Skinheaded Board" and "Waltz for the Straight Relatives" (a piece heavily reminiscent of Flying Teapot-period Gong). But Information is not all about trio jams, although there are plenty here. Strings are brought in at times and there are also sax leads which help to break up the potential monotony of a guitar, bass and drums type of sound, interesting moments that add to the dynamic flow of the release, such as the piano piece on side 2. The way Hauru juxtaposes rather complicated ensemble sections with the free form, rocking jams works well to give the entirety a diverse flow. Information pokes fun and alters strong structures (which was usual for his idols like Frank Zappa) but it is also very serious at the same time. 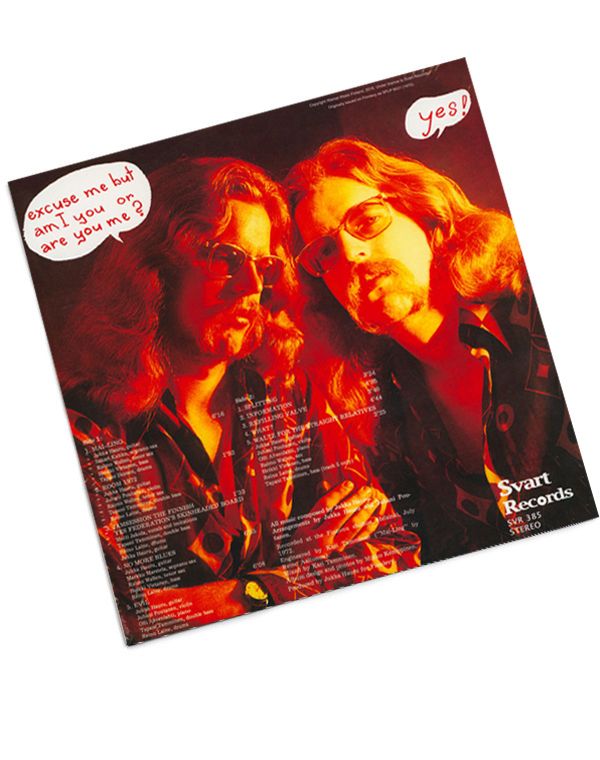