Chances are that most of Smegma's fans are already familiar with Merzbow's music. This collaboration, occasionally referred to as Smegma Plays Merzbow Plays Smegma or even Plays, features two 20-minute tracks. In "Electro Smegmacoustic Music," Masami Akita plays Smegma tapes, an audio generator, a teleband tranceiver, and a mixer. In "Smegma Plays Merzbow," Smegma use Merzbow tapes, tape loops, record players, and a few acoustic instruments. The result is surprisingly homogeneous -- enough to make the invitation in the booklet to use the random play of your CD player sound logical. The problem is, even though the booklet announces 50 tracks (Smegma's piece starting at track 27), the CD shows only two pieces, the sections in each one appearing as indexes -- a bad move from Tim Kerr Records. Merzbow's piece is relatively light. It remains a churning inferno of molten sound and screaming speakers, but it contains a lot of dynamics and it doesn't stay in one place for very long. The result is quite entertaining by Merzbow's standards, even though this piece does not belong to the beat-driven repertoire Akita would be developing over the next few years. Smegma's piece also leaves a lot of room to dynamics. Merzbow's tapes (it might be a collage) form a rather continuous layer at the periphery of the mix. Behind it, the listener can perceive space (the studio) where several events occur: record tables being spun manually, notes, sounds, calls, and various noises. One gets the clear feeling of more than one person at work and wishes that Merzbow had been participating in person instead of through prerecorded material. That being said, Smegma Plays Merzbow is a very fine introduction to the first and one of the second's very strong collaborative efforts. (allmusicguide)
Details
Cat. number: 644 830 140-1
Year: 1996 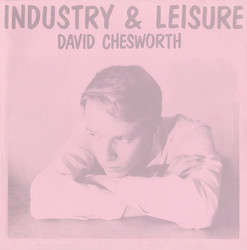 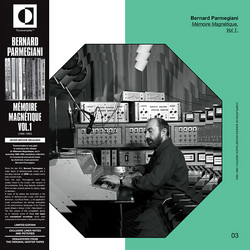 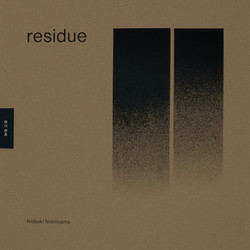 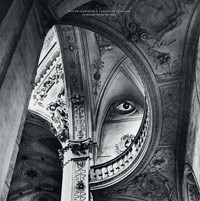 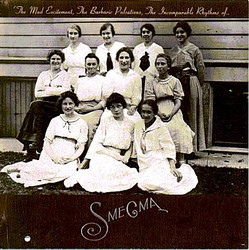