The Facts:
1. This is the second Malaikat dan Singa album, the first one was self-titled and came out in 2009.
2. "Malaikat dan Singa" means "Angels and Lions", "Suara Naga" means "The Dragon's Voice".
3. All of the lyrics on both records are in Indonesian, which Arrington taught himself specifically for this project.
4. Arrington de Dionyso's Malaikat dan Singa will be touring extensively in Europe and the US in March, April, and May, and will lead an expedition to Indonesia in the Fall of 2011 with filmmaker Vincent Moon (The Take Away Show) documenting the encounter.
5. The album was recorded at Dub Narcotic Studio in Olympia, with an all-star cast including members of LAKE and Angelo Spencer et les Hauts Sommets. The record was produced by Karl "The Genius" Blau.
6. You know how in the 1950s the press and parents and such talked about how rock‘n’roll had some evil, sexual, tribal force that was going to possess the youth? Arrington de Dionyso’s Malaikat dan Singa is really that. Trance-punk dancehall explosion gonna knock you up! 2011!
7. No, Old Time Relijun is NOT doing a tour this year! Learn some Indonesian and stop complaining. 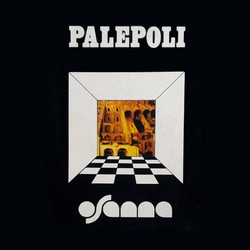 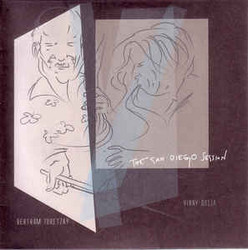 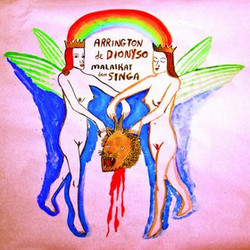 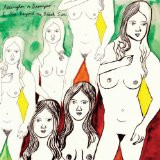