Sweden's extraordinary drums-and-vocals duo Wildbirds & Peacedrums return with The Snake, the fierce follow-up to their intoxicating debut, Heartcore. Acclaimed as one of Time Out's Top Ten Albums of the Year (among other accolades, including an 8.0 from Pitchfork), Heartcore introduced vocalist Mariam Wallentin and her percussionist husband Andreas Werliin to the world outside their lively Gothenburg scene and wound up as one of 2008's hidden treasures. The pair has since toured extensively, thriving on international festival stages, equally at home alongside pop sensations like fellow Swede Lykke Li as free-improv outfit The Thing. The liberated abandon of Wildbirds & Peacedrums' primitive soul music strikes an immediate and invigorating chord, as anyone who has seen them over the past year will attest. With The Snake, they deliver an adrenalin shot of passion straight to the heart, with songs that draw on anger and frustration as well as the life-affirming ardour that propels their music. The Snake is balanced by slower, more resonant pieces such as the slowly unfurling opener "Island" and the Eastern-tinged "So Soft So Pink." Vocals and drums were brilliantly recorded live to tape, and the spontaneity of the resulting album captures the intense bond between the couple, while expanding their sonic palette to include steel drum, piano, xylophone, marimba, Rhodes, and more. The album culminates in "My Heart," a wonderfully uplifting seven minutes that blossoms into a full-blown gospel anthem. The song features Wallentin's haunting, addictive refrain, "I'm lost without your rhythm," which may appear to be directed toward her tempo-keeping paramour, but in fact, "It's me singing to my own heart," she says. "About the short amount of time we have, the longing for putting a mark in this world, to keep on existing forever."
Details
Cat. number: CAP 21796
Year: 2008 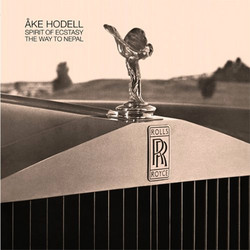 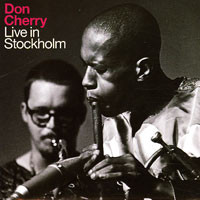