Sold out at the label, few copies in stock. Originally released in 1972, Zeit would be Tangerine Dream's third full length album, and the first to feature the main trio of Edgar Froese, Peter Baumann, and Chris Fanke. The German electronic group pioneered the entire dark ambient genre with this work, whose title translates to "time," and was based on the philosophy that "time was in fact motionless and only existed in our own minds." Also worth noting is that Popol Vuh's Florian Fricke plays Moog synthesizer on the first track to connect the krautrock dots. This 2018 pressing comes on appropriate tangerine (two shades) colored vinyl, complete with gatefold sleeve, and original cover artwork featuring a solar eclipse. 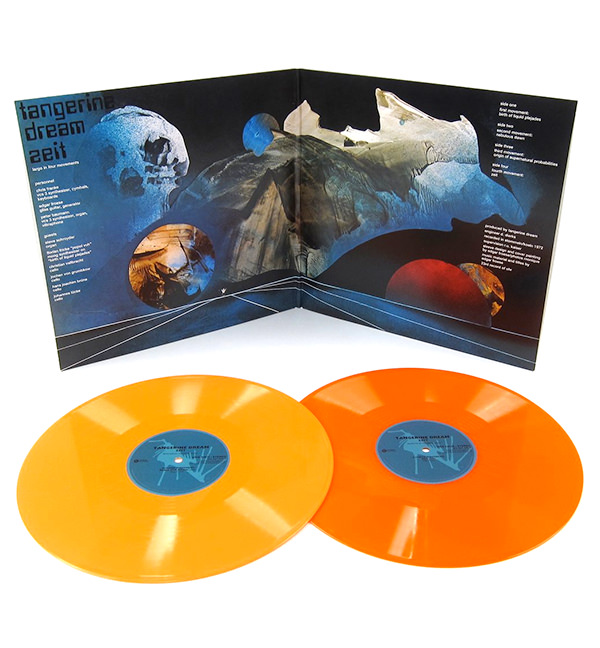 1972’s sprawling double LP Zeit is a monumental and deeply affecting album. In some ways a prototype for dark ambient music, this divisive album comprises four lengthy abstract compositions totalling 76 minutes of music that can be terrifyingly unrelenting one moment and immersive the next. Large stretches of it are simultaneously deeply isolating and suffocating, yet it’s also oddly engrossing and enveloping.
Devoid of melodic structure - and for that matter, of melody itself - Zeit is brooding, uncompromising, inaccessible, and totally alien. It is a monolithic album and an extraordinary achievement and while this is not music to spin constantly, it has that rare capacity to alter the environment around you. Consuming, compelling, and never experienced the same way twice. 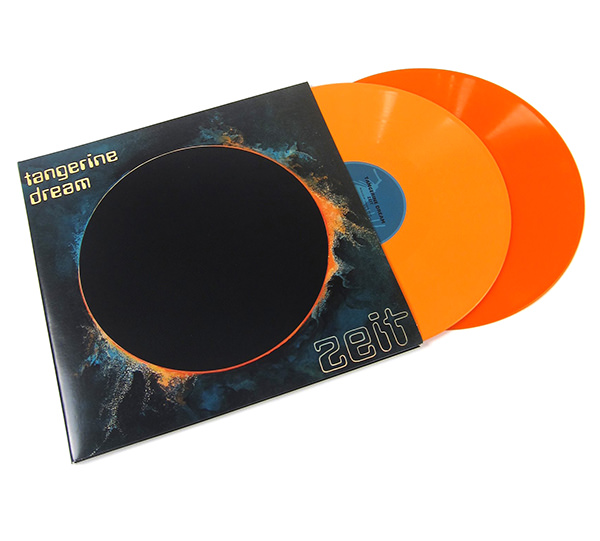 Julian Cope writes: Aaaaaah... the harmony of Zeit is the greatest of any rock 'n' roll lullabies. Its soothing medicating soporific tones are an exquisite flying carpet that takes you ever so gently up into the Land of Hyper-nod. Music that hangs in Deep space. Songs the size of planets with titles the size of cities. 80 minutes of utter Kosmische beauty. [Krautrocksampler, p.132-3]
Vinyl Connection writes: This is a lonely, austere universe aching for an atom of humanity to crush in a dark-matter embrace. A powerful and unique album that was unlike anything else (and still is). It is thrilling and unsettling to visit, but you wouldn't want to live here.