From the moment it emerged during the mid 90’s, mystery has swirled around Galactic Explorers’ sole LP - Epitaph for Venus. Released by the Psi-Fi imprint as a long lost Krautrock gem from the mythical Pyramid label’s archives - said to be have been recorded by Toby Robinson in Cologne circa 1972/73, it has been loved by many, while others have cried hoax. Some ventured further, implicating none other than Genesis P. Orridge as the creator. The truth isn’t publicly known, but the foggy origins provide an added layer of complexity and depth. Was it a band of hippies - a trio featuring Reinhard Karwatky (Dzyan), a glimpse into the shadowy corners of Germany’s lost underground? Are these the sounds of counterfeiters sworn to secrecy, or a product of the same mind that birthed Throbbing Gristle and Coum Transmission - one in a long line of musical interventions. Is this a rich post-modern pastiche? No one knows for sure, but few challenge the album’s musical worth.

Whichever side of line of belief one falls - an authentic 70s gem, or a complex creation of 90s, Galactic Explorers’ Epitaph for Venus is an incredible piece of work - a doubling challenge to the accepted expectations of sound’s connection to narrative. When the music is good, does it mater who, what, or when? Why not let it speak for itself?

Epitaph for Venus is its own meandering universe of brooding ambience and discrete flirtations with melody - intertwining tones and textures generated by Minimoog, various analogue synths, effects, loops, tape manipulation, and treated percussion - a beautiful work of cosmic electronic minimalism which is like few others.

Blissful, immersive, and surprisingly emotive within its subtlety, at long last, and after a series delays, we’re overjoyed to finally have the first ever vinyl reissue of Galactic Explorers’ Epitaph for Venus, courtesy of the ever ambitious Spanish imprint, Guerssen Records /  Mental Experience, in our hands. The final piece in the puzzle to their standing dedication to the mysterious Psi-Fi / Pyramid - embracing these incredible sounds for what they are,  and the perfect compliment to their previous reissued by Golem, Cozmic Corridors, The Nazgûl, Pyramid, and Temple. A must for any fan of Krautrock / Kosmische and the world of Throbbing Gristle and Coum Transmission. Not to be missed. These are sure to go fast! Take a trip to the inner regions of your mind, see ancient solar systems forming, and listen to cosmic winds and vibrations while sine waves of pure bliss will give you total peace of mind. RIYL: Terry Riley, Popol Vuh, Sand, Peter Michael Hamel, Tangerine Dream, Baba Yaga, Cluster, Cozmic Corridors, Brainticket. 24-bit domain remaster from the original tapes; Insert with liner notes by Alan Freeman. 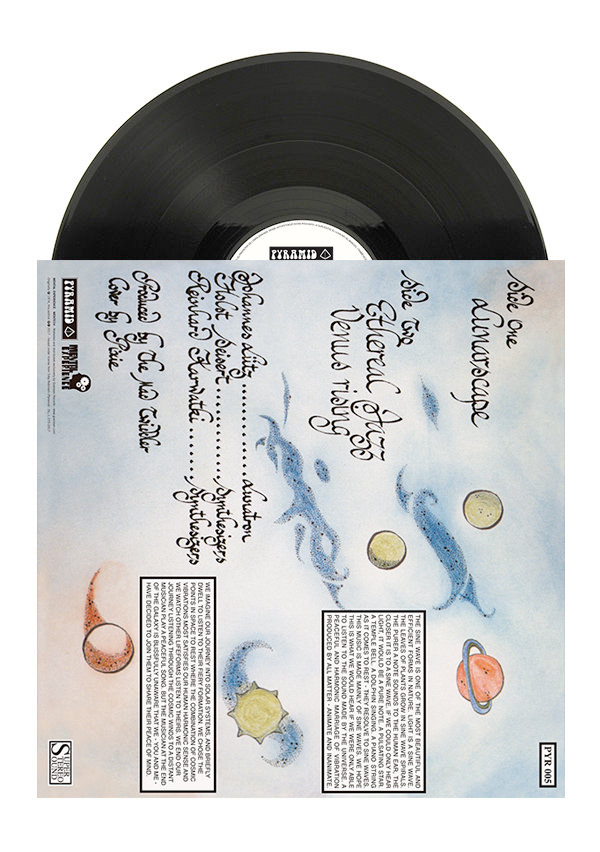