Hochono House is a re-imagining of Haruomi Hosono’s 1973 solo debut album Hosono House. Recorded 45 years after The Band-like sessions that produced the rootsy Japanese Americana classic, Hochono House is an entirely solo affair, with Hosono himself handling all the recording, engineering, programming, arrangements, instruments, and singing. It’s a perfect distillation of the various styles Hosono has cultivated over his 50 year career, from his folky beginnings through his techno-pop era, to putting his own spin on the music of his youth. Rather than it being an exercise in nostalgia, Hochono House instead sees Hosono pushing forward as always, acknowledging his past while hinting at another brand new phase of his career.

"Haruomi Hosono has had a significant influence over Japan's musical landscape for the past four decades (even if he doesn't want to admit it). From his early psych rock days with Apryl Fool, to co-founding Happy End and basically inventing technopop with Yellow Magic Orchestra, Hosono could probably retire from music right now knowing he's already contributed more than most. Lucky for us though, Hosono isn't quite done just yet. For his latest project, Hosono-san revisits his 1973 solo debut Hosono House, some 45 years later to give it a contemporary re-imagining. Here on HoCHOno House, the rootsy blues and Japanese Americana of the original are swapped out for more modern sound palettes and styles distilled from his 50+ year career. Amazingly, Hosono accomplishes this all single-handedly - tackling recording, engineering, programming, arrangements, instruments, and singing, by himself. The result pushes his sound into the future, while acknowledging his illustrious past. This is the official import Japanese pressing on Speedstar, complete with track-by-track liner notes from Hosono himself. Recommended." 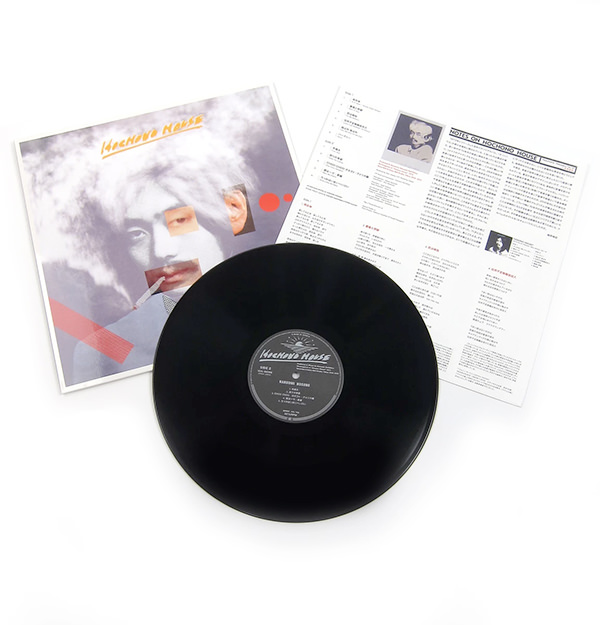