**Original LP from the 80s, few copies in stock. Copies are unplayed and new, covers might have some wear here and there due to long storage** The vision of electronic music’s rise - musique concrète and synthesis, during the post-war period, has historically favoured the lens of innovators in Europe and The United States, particularly those associated with the studios like those connected to Princeton and Columbia Universities, Groupe de Recherche Musicales, The San Francisco Tape Music Center, and handful of others. While there is some justification for this, it carries the sin of neglect, not only for artists who sprang from other geographies, but of the true spirit and reality of how these sounds first entered the world. Electronic music was conceived, at least in some part, as a means to liberate the composer from the orchestra, and to introduce a new sonic language which shed the elitisms of the past - delivering advanced composition to the ears of all. It was egalitarian and cross-cultural at its core. Countless studio sprang up in every corner of the globe, and with them new culturally specific innovations, realisations, and creative conversations crossing all borders. Rediscovering this reality - how open, communicative, and international the early years of electronic music were, currently takes a great deal of work. The history has been altered and obscured, but there are breadcrumbs to be followed. One of the most crucial of these is an LP issued by the French imprint, Moshé-Naïm, during the mid 1980s -  Edgardo Cantón’s ‎Musiques Électroacoustiques. Not only is it a rare document of Latin America’s incredible, overlooked movement of avant-garde of electronic music, but, recorded at Groupe de Recherche Musicales in Paris between 1962 and 1970, is it an ever rarer proof of the lost global links that were always there. Here at Soundohm, we’ve stumbled across a few original sealed copies of this gem - a rare chance to snag an archival copy of a crucial document from electronic music’s international past. It an opportunity not to be missed. 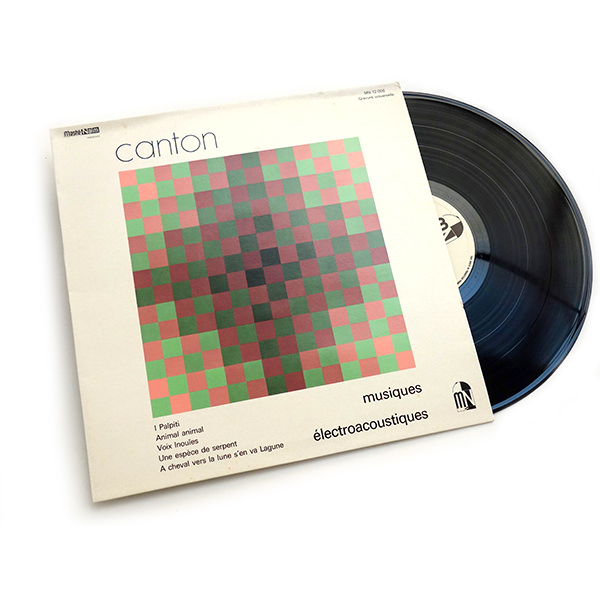 Born in Argentina during 1934, Edgardo Cantón represents a crucial conversation between Latin American composers and those working in Europe during the early years of avant-garde electronic music. Despite having been included in the Phillip’s iconic Prospective 21e Siècle, he’s never entirely gotten his due - largely for the fact that much of his recorded output was realised to accompany films. Despite being active from the late 1950’s and early 60’s, it wasn’t until the mid-80’s, with ‎Musiques Électroacoustiques, that a full length release appeared, featuring his stand alone composition. The first turned out to be the last. Tragically, this lone album is nearly all we currently have.

‎Musiques Électroacoustiques is everything we’ve come to expect from radical works of synthesis from the synthesis during the 1960s’ and early 70s - a strange, thrilling, and remarkably still unfamiliar landscape of texture, sonority, and structure. It’s a vision of a creative utopia, penetrating the imagination of everyday life. Not unlike the work of his peers and fellow Argentinians, Mauricio Kagel and Beatriz Ferreyra, there are elements of Cantón’s work which could only have grown from the culture of his birth, yet operates within a spectrum of the most advanced and challenging ideas of his day. Musiques Électroacoustiques is, in the simplest sense, a fascinating variant on the bar we’ve always expected to emerge from Groupe de Recherche Musicales - a sonic journey and reconstruction of mesmerising heights - electronic music at its very best. 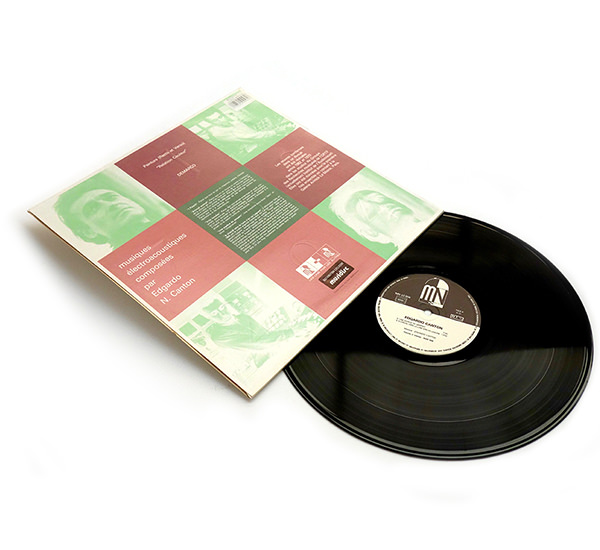 Immersive, challenging, and often moody and dark, Edgardo Cantón’s Musiques Électroacoustiques is an essential work. Not only great for its autonomous creative accomplishments, but as a tool to reconstruct the global narrative within the history of electronic music. Don’t miss this rare chance to grab one a few remaining original copies of this essential, unsung gem.