Back in stock. Take two collaborators, one a German sound artist noted for his painstaking micro-engineered computer compositions, the other a New Zealand noise terrorist with a reputation for making albums over his morning tea breaks. Put them in a basement studio in Karlsruhe for three days in February 2003, feed them on coffee and apple juice and let them out to walk in the woods once a day. What do you get? Sights, a dramatic collision of two very different but complementary approaches to the same problem : what is this sound?. This is a postcard from Bruce RUSSELL's 2003 European holiday, consisting of three duo improvisations, one recorded after the fact by mail collaboration, and two recorded live in Ralf's studio. RUSSELL and WEHOWSKY  take turns in the studio playing guitar and manipulating a range of tone generating electronics, while the mail collaboration includes clavioline and teaspoons. The recordings have then been subjected to Ralf WEHOWSKY's characteristically careful mixing, where stereo placement and subtle tweaking of the recorded sounds grants a bewitching crystalline sheen to every click and whine. It's the combination of instantaneous composition and carefully-planned post-production that imparts the mystery to this particular session. At once quite unlike WEHOWSKY's recent work, yet imbued with the same ethos of care and judicious consideration which marks all his productions, Sights if anything represents a return to the more carefree jamming practiced by the earliest post-punk incarnations of his first band, PD. In this we see some influence from the slap-dash New Zealander, but whereas the average RUSSELL production has an unmistakeable air of accident about the fact that anything wound up on tape at all, in this case the beautifully-managed production does perfect justice to the audible excitement captured at the point of creation. There's a measured care to the way these sounds have been put together, but there's no slavish adherence to any tenets regarding how the results should sound. This is too rocking to be reductionist, too chance-driven to be minimalist, and too noisy to be lumped with any temporarily fashionable schools of micro-improvisation. What you get is the meeting of two well-made-up minds, which have spent upwards of two decades each deciding what the business of sound is all about, and then a long weekend putting the resulting experience into practice. Sights documents a genuinely rare and important face-to-face meeting by these two artists, each operating on their own terms in apparently contradictory ways, yet capable of coming together as one through their dedication to doing that which they genuinely feel within. The resulting album represents another ring in the Hermetic Crown, a Chemical Wedding of talent, a distillation of base audio metal into the gold of collective spontaneous composition and yet another jewel from the dung-heap of music.
Details
Cat. number: Hermes 041
Year: 2003 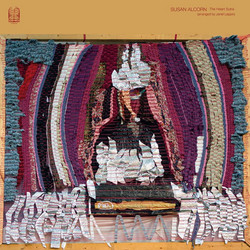 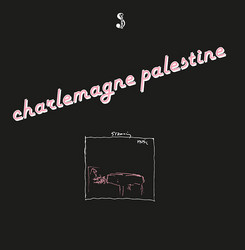