333 Loops (Volume 1) is the first chapter of a CD/DL live series, which documents the sound events generated by the homonymous modular system, designed in 2011 by the Italian musician Emiliano Romanelli.

The system is composed by an archive of 333 pre-recorded sound loops, produced between 2008 and 2011 by a sound synthesis software played in different acoustic environments, and documented mainly with internal microphones of several digital and analog portable recorders. Subsequently, by a custom software (2 loop players, 2 EQs, 4 delays, 1 digital room reverb, 4 LFOs), the loops are used as modules in a random process of juxtapositions (A//B) and multiplications (333²), able to generate live 110889 sound events to be diffused in the room via a multichannel sound system. 333 Loops as a possible field of investigation, lasting between 110889 seconds and 110889 years.

The Volume 1 is the stereo documentation of the quadraphonic live performance at the medieval cloister of Ex Convento dei Cappuccini, Colli del Tronto, Italy as part of Within 01 festival, on Friday 13th September 2013, 10:45 PM. This album also represents Romanelli's live and discographic debut, after over 13 years with the multimedia duo Tu m'(1998–2011). 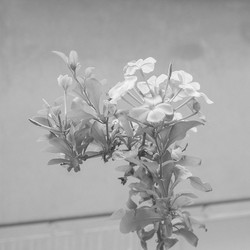