€14.00
+
-
**500 copies** In 1996, Alex Barbier set up a cartoon festival in Fillols, in the Pyrenees Orientales. For ten years on such occasion, he and Pascal Comelade offered a small recital of songs from the popular French repertoire of the 1920-30’s. Once a year, in the village square or in the Foyer de Fillols room, Alex Barbier sang, dressed in a long robe and wore  a wig of circumstance, accompanied on the sober piano by Pascal Comelade, the French sound artist who is probably the most concerned by comics and all the singular practices of popular arts. Nothing more, nothing less. A radical proposal if there ever has been one! In 2006, with the support of the Foyer, they published a CD with some of these songs, a limited edition that we felt necessary to release again thirteen years later. So here is the due reissue, with some small modifications proposed by the authors: one song has its instrumentation increased, another disappears, while the Vals Burlesco played on an old detuned piano which closes Side B is completely unreleased. Unfortunately, Alex Barbier - who had approved the new cover with an happy «au poil!» - wasn't able to have the record in his hands, he died on January 29th this year. 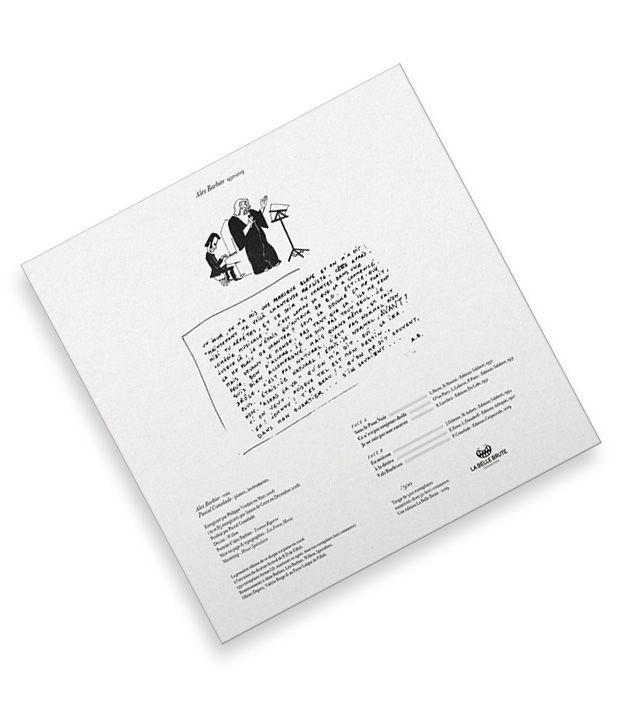