** Edition of 300, 2019 stock** The Vinyl Factory and The Mott Collection hosted the exhibition, American Hardcore, 1978-1990 in 2013. The show brought together 50 American Hardcore records spanning the apex of the genre from the late 70s up to the 90s, and took place at The Vinyl Factory Chelsea from 11 April to 4 May 2013.
The collection showcased inside this limited edition book highlights the subtle shifts and changes, and finally the overall unification of what began as a disparate musical style that developed into a rigid set of fixed codes, sounds, and political beliefs. The book also comes with the exclusive Black Flag interview and a over-sized print of the full collection. 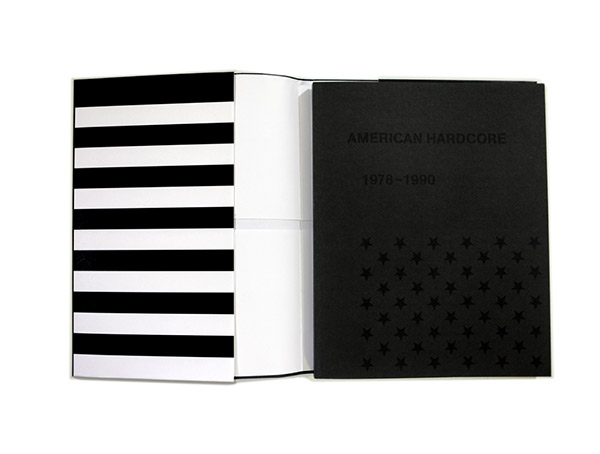 From the raw stripped down sounds of Black Flag to the spasmodic reggae influenced Bad Brains, Hardcore emerged as a puritanical suburban rely to the decadence of big city Punk Rock outfits such as the Ramones or the New York Dolls. Popping up in small West Coast communities like Hermosa Beach, Oxnard and San Pedro and simultaneously in East Coast cities such as Washington DC and Boston the Hardcore movement was obsessively local, yet at the same time extremely far reaching due to the punishing tour schedules bands would put themselves through. 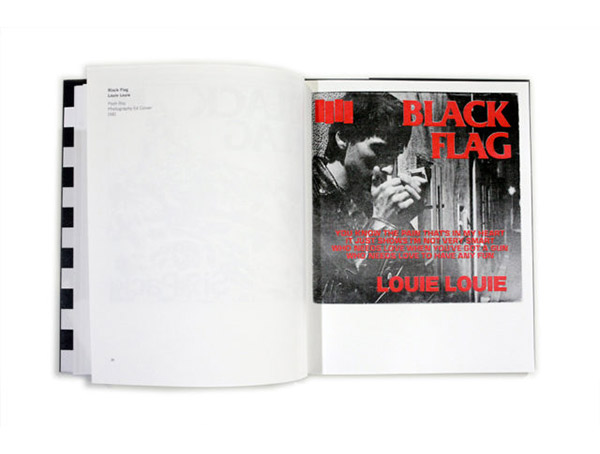 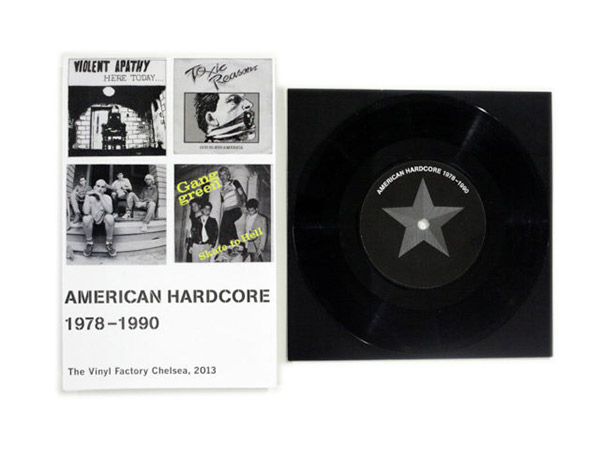