**Limited edition gold vinyl** This eponymous 1971 debut album by Anne Briggs, largely unavailable for 48 years, is widely regarded as a pillar of any folk collection. Re-issued here as part of the Topic Treasures series – the label’s classic and notable albums expanded in deluxe format with rare images, new liner notes (by esteemed journalist, Ken Hunt) – Anne Briggs heralds a huge resurgence of interest in this most reclusive of folk doyennes.

This debut album contains some of Briggs’ most notable songs, including Blackwater Slide, which she famously taught to Bert Jansch, (who recorded it on his Jack Orion album) and Go Your Way, co-written with Jansch. As with the 1971 original, the sleeve here contains song notes by the highly-regarded English folk singer and collector of folk songs, A.L. Lloyd. 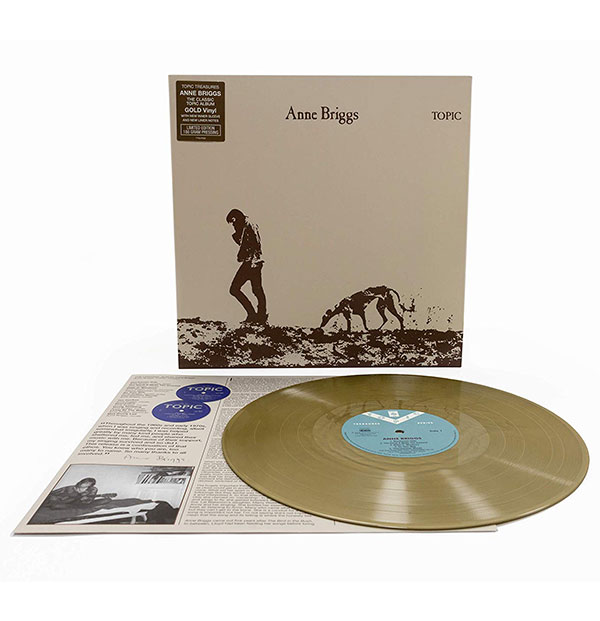