We use cookies on our website to provide you with the best experience. Most of these are essential and already present.
We do require your explicit consent to save your cart and browsing history between visits. Read about cookies we use here.
Your cart and preferences will not be saved if you leave the site.
Log in or Sign up
empty€0.00
Log in or Sign up
New Arrivals
Reissues
Upcoming
Restocks
Editorial
play
Out of stock
1
File under: Spiritual JazzEastern influenced Percussivefree improvisation

"Argentinian pianist Fernando Gelbard's killer debut (and only) '74 LP. Didi is a potent mix of Fender Rhodes & Moog with scatting percussionists and fierce tenor sax -- Coltrane meets candombe!" Gatefold sleeve. "If I was asked to name some great Argentinian jazz musicians, I'd probably draw a blank after Gato Barbieri, but this rather nice slab of vinyl has added a couple more to the list. Fernando Gelbard played piano with tenorist Horacio Borraro, whose quartet peddled a fiery if unoriginal take on Coltrane's modal period in the mid 60s. Fast forward to 1974 and Fernando's got himself a Moog, Fender Rhodes and a rather nice polo neck jumper, teamed up with a three man percussion section and dragged his old boss Horacio along for a few tunes.

Didi opens fairly unpromisingly with "Hola Didi", a marshmallow soft slice of bossa that reeks of the hotel lounge. It's got a sort of kitsch charm about it, but just as you're thinking "well, that's alright but I couldn't eat a whole one" in comes "El Senor Mayor". Gelbard's thoughtful, relaxed electric piano and occasional squirty bursts of synth ride on a satisfyingly insistent swing, while an overdubbed Borraro piles up some fierce gusts of tenor sax. Gelbard opts for a soft, cloudy tone on his electric piano, sometimes shoving it through a wah wah pedal for some funky stabs. He's a delicate player, but a quirky one; his synth dabblings on the solo "Mojo Uno" have a touch of Sun Ra about them.

Borraro features more heavily on side two, and the percussionists shift things up a gear with some sweetly mobile, quirky latin grooves, particularly on "Alevecolaries", which has some of the intensity of a Pharoah Sanders Impulse session.

"Sombrero de Flores" revisits bossa territory, but the percussion toughens it up a little, encouraging the leader to put a bit more bite in his improvisations.The closing "Chau Ambrosio" gives Gelbardo and Borraro to indulge in straighter bebop derived soloing; the leader's Rhodes recalls Bill Evans' tentative experiments with electrification.Didi will no doubt appeal to dancefloor jazzers, but there's enough grit, muscle and inventionhereto keep the rest of us happy too..." Bbc review 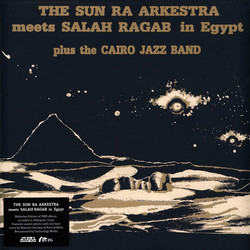 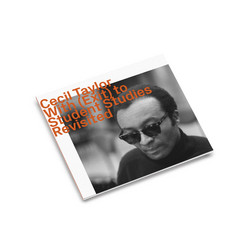 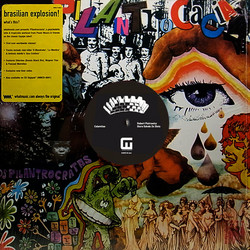