We use cookies on our website to provide you with the best experience. Most of these are essential and already present.
We do require your explicit consent to save your cart and browsing history between visits. Read about cookies we use here.
Your cart and preferences will not be saved if you leave the site.
Log in or Sign up
empty€0.00
Log in or Sign up
New Arrivals
Reissues
Upcoming
Restocks
Editorial
play
1
2
3
4
5
6
7
8
File under: solo instrument

Amir, Varech, and A Cordes et a Cris (3LP Bundle)

We are pleased to present a bundle to celebrate JMS represses of Henri Texier’s Amir, Varech, and A Cordes Et A Cris.

Timed with JMS' fantastic reissue of Akagera, Henri Texier’s incredible 1980 collaboration with Daniel Humair and François Jeanneau, we've overjoyed to have been able to stock brand new represses of all three of his seminal LPs from the second half of the 70s, Amir, Varech, and A Cordes Et A Cris. Originally reissued back in 2019, those editions sold out almost immediately, so this is rare chance to grab them again for those who missed them the first time around. They're all incredible and as essential as they come.

During the second half of the 1970s, weaving a masterfully singular hybrid of jazz, minimalism, and various global musics, the French double bassist, Henri Texier - one of the most sought-after artists on the European scene - produced three astounding solo LPs, Amir, Varech, and A Cordes Et A Cris, for the seminal French jazz imprint JMS. Nothing short of brilliant, immersive, and intoxicating, for years these records stood at the top of record collectors’ want-lists, finally being reissued by JMS back in 2019. They went fast and those pressing disappeared in the blink of an eye. Thankfully, after waiting on baited breath, the imprint as finally done a beautiful series of vinyl represses of each of these stunning gems,  timed with their fantastic reissue of Akagera, Texier’s incredible 1980 collaboration with Daniel Humair and François Jeanneau. We’ve restocked them all and couldn’t wait to sing their praises again. Grab them fast. If the first pressings are anything to go on, they’re not going to sit around for long.

Born in Paris during the final months of Second World War, Henri Texier first gained note during the 1960s for his work with Don Cherry, having been one of the first artists to found the indigenous French movement of free jazz. Across the coming decade he worked steadily in the ensembles of Jef Gilson and Phil Woods, as well as with heavyweights like Bill Coleman, Chet Baker, Kenny Drew, Donald Byrd, Bud Powell, Kenny Clarke, Dexter Gordon, Booker Ervin, and Art Taylor, before striking out on his own. In honor of these represses and as a special celebration of Texier - hoping to shed some light on his incredible career - we wanted to once again take some time to sing the praises of all three of his incredible early LPs.

For years Amir, Henri Texier’s debut solo LP, stood slightly in the shadow of its follow-up, Varech, but is equal and towers in every possible way. There is no other record like it on earth - stunning from start to itas final turn. In our view, it’s one the greatest artefacts of the 1970s France scene, and that’s no small thing!

Deceptively minimal and elegant, Amir is the first the world would hear of Texier’s signature sound - a universe of musical legacies, distilled and channeled through delicate, cycling bass tones and a chanting voice. Magical incantations, which draw the listener in, forcing them to follow, leaving them forever changed. This is, in a fewwords, what great music is all about. Rhythmic pulses of the bass flirt with the sounds of the Oud, Ocarina, sparse hand percussion and clapping hands, painting the image of a deeply spiritual music drawn from countless traditions of music from around the globe and avant-garde jazz. For fans of Don Cherry, Joshua Abrams & Natural Information Society, Areski, and Kahil El'Zabar's Ritual Trio, this is sure to prove to be a definitive missing link. Amir is just plain incredible. It sounds as fresh and full of life as anything made today, while bearing an ambience that feels as old as time. In our view, it’s as incredible as records get and as absolutely essential as they come.Grab JMS’ repress fast. It’s not going to sit on the shelves for long.

For most fans of Henri Texier, Varesh is the one. Original pressings retain holy grail status and are rarely found. It’s also the funkiest of Texier’s three LPs and is sample source of the 2016 dance florr anthem / remix by Bonobo, Les La Bas. This one is still as deep and heavy as they come; an astounding emblem of the avant-garde taking on new forms.

Like it predecessor and follow up, Varesh is a singular hybrid of jazz, ambient and new age musics, minimalism, and diverse arms of the avant-garde, spliced with elements of Celtic, North African, Indian, and Middle Eastern musics, all channeled through Texier’s singular bass, oud, and chanting voice - “fourth world” beforethe advent of the term. It is a call through time, reminding us of the power of music and its ability to reinvent itself without shedding those depths provided by roots. The mastery of its creator's self-taught vision, shines through each note, rhythm and tone, illuminating everything that falls under its spell.

Immersive and intoxicating - spiritualism found through sound which isn’t afraid to let loose, inspire a dance, and take you to ecstatic, meditative depths. A stunning piece of work which, as celebrated as it is, truly deserves more. It’s an astounding work by a visionary voice! Grab JMS’ repress fast. It’s not going to sit on the shelves for long.

A Cordes et à Cris represents the third element in the trilogy of albums begun by Amir and Varech. Recorded and released in 1979, it encounters the legendary bassist at the top of his game - evolving and pushing into the future with one eye on countless global traditions of the past. Like all of Texier’s solo efforts from this era, it is a stunning tapestry of musical hybridism, taking on equal influences from jazz, ambient and new age music, minimalism, and the avant-garde, spliced with elements of Celtic, North African, Indian, and Middle Eastern musics. The result, emerging from deft hands, is unlike anything else.

A Cordes et à Cris does stand slightly apart from its predecessors - more diverse in its scope, and, at times more introspective, while others more outwardly exuberant and playful. Joined by a cast of contributing figures - the pianist Gordon Beck, Guitarist Aldo Romano, Cellist Jean Charles Capon, and Violinist Didier Lockwood, its pallet and voice is greatly expanded from the album’s two predecessors, while never losing sight of Texier’s signature combination of chanting vocals and metronomic bass rhythms - each instruments given its own distinct role.

Intricate subtle, and often overlooked at great cost, A Cordes et à Cris is an essential piece in the puzzle of French 1970s music. It’s a slow burn; one to get and live and grow with over time. We can’t say how happy we are to have this one in our hand, brought back by the label which first brought it to light. It’s not going to sit around for long, so grab this beautiful repress while you can! (And don’t forget to check out JMS’ reissue of Akagera, Texier’s incredible 1980 collaboration with Daniel Humair and François Jeanneau that followed hot on its heels). 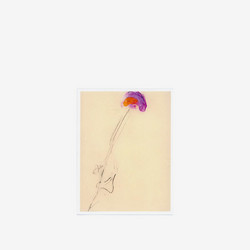 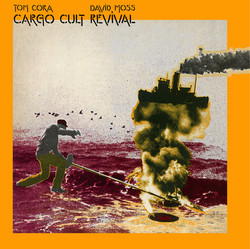 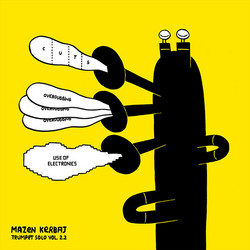 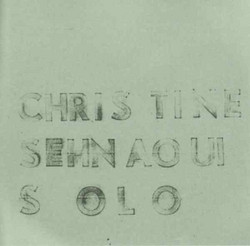 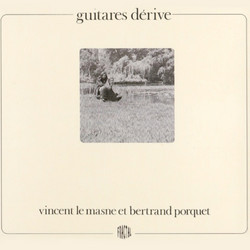 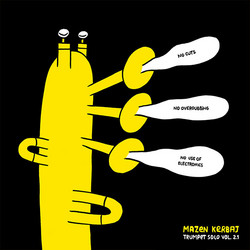 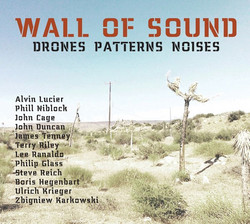 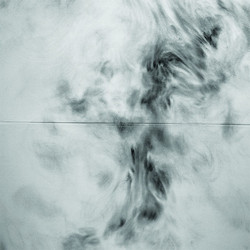 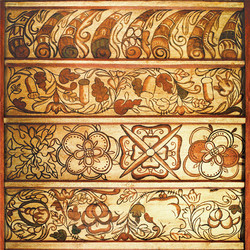 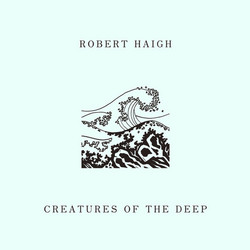 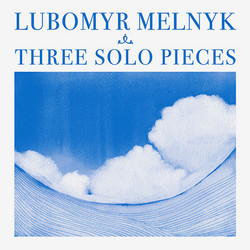 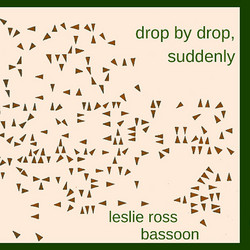 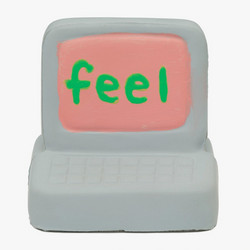 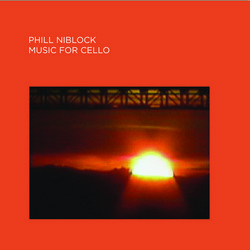 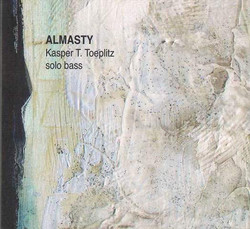 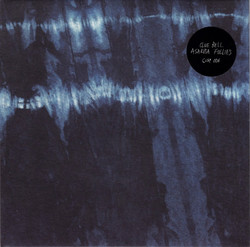 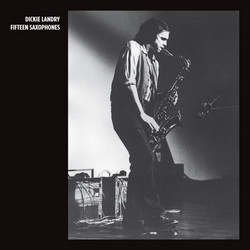 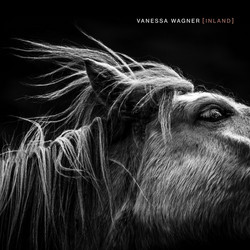 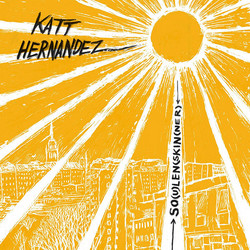 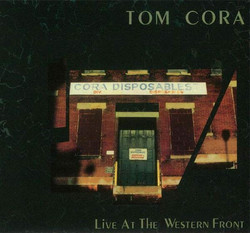 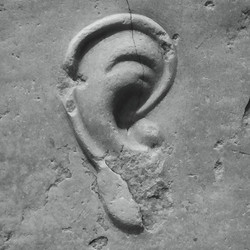 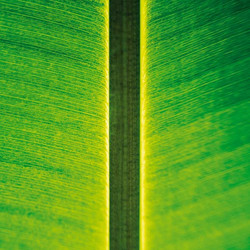 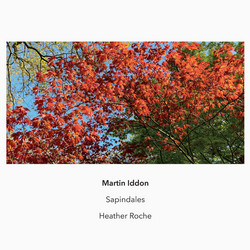 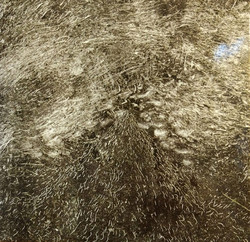 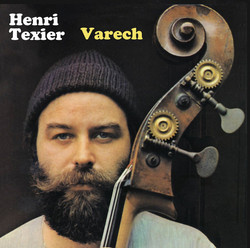 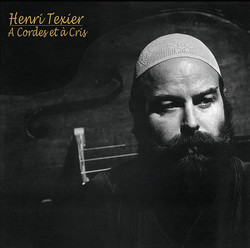