Moon On The Water

Moon On The Water

Every record collector knows that discovery is endless. The history of recorded sound is loaded with gems, but they’re increasingly hard to find. While everyone has their holy grails, the rarest of the rare are the completely unknown - the coveted gold - masterpieces waiting in the shadows, which that no one has found. The ensemble Moon On The Water’s self titled debut is one such case - a work of brilliance, which until now has largely remained hidden from view. Issued in 1985, complete with a sleeve that only the 80’s could have delivered - leading you to believe you’re about encounter outtakes from the Miami Vice soundtrack, rather than one of the greatest avant-garde records that you’ve never heard. If ever there was an album which has been misjudged for its cover, this is it.

Moon On The Water were a trio of percussionists based in Italy - David Searcy and Jonathan Scully, both American tympani players in the Scala Philarmonic Orchestra, with the legendary Italian jazz drummer Tiziano Tononi, who worked with everyone from Roberto Musci, to Muhal Richard Abrams, Pierre Favre (who later joined the group), Andrew Cyrille, Barre Phillips, and Steve Lacy. Drawing on a diversity of experience, joined collectively by a unified love of rhythm and sound, they assembled a percussion record of the highest order - an unclassifiable work which should be legendary, and leaves you confounded that it’s not.

Within the history of efforts dedicated to percussion, Moon On The Water’s debut stands apart. A singular work, made remarkable by the diversity and range of its sonorities and structures. The scope of its ambition is startling. Utilizing the full intellect, experience, and talent of its creators, it employs field recording against a stunning array of instrumentation - seemingly everything from which rhythm and resonant tone could be drawn. The result renders a remarkable effect. From the delicate pulse of nature, deep resonances and carefully placed tone, intricate structures and tempos as slow as they go, across its movements the album rewrites how composition for percussion should be understood, before giving way to consuming and ecstatic rhythms which reference the Brazilian tradition of Batucada, various trance and ritual traditions of Africa, and drum solos from Free Jazz and Rock. This is as good as percussion records get. A lost marvel - accessible while distinctly avant-garde. The throbbing pulse of creative joy, distilled onto two sides of wax.

We’ve recently had the great fortune of discovering a limited supply of the original the pressing of this incredible LP. Supplies are extremely limited. Grab it before its gone for good. An album of stunning artistry -  and intervention with expectation - a wonder of sound, raising the bar from the shadowy depths of time.

*Original 1985 edition of this obscure classic, few copies available* Like our galaxy, the galaxy of small European jazz labels which  released – either on purpose or  accidently – leftfield jams in the 1980’s seems to be infinite. Buscemi Record for example, named after Mario Buscemi, owner of the label and the well-know record shop in Milan, only released a very small amount of records (mainly rhythm & blues albums); but for some reasons, this small amount of records features one of the sickest percussion jam we’ve heard from 1980’s Italy : the mystically-named In The Land Of The Boo – Bam.
However, this tune doesn’t come out of nowhere for it was composed and arranged by Italian drummer Tiziano Tononi who played on many great Italian Avant-Garde and Free Jazz records, including Roberto Musci‘s Water Messages On Desert Sand, as well as Muhal Richard Abrams, Pierre Favre, Andrew Cyrille, Barre Phillips, Steve Lacy and many more.

Exploring a wide range of percussions, from mallet instruments to drums, the band tightly builds a hypnotic jam with a strong Mediterranean feeling, maybe partly provided by the « Tullio de Piscopo-esque » drumming pattern. As the song goes by, the vibe gets more and more shamanic, often changing directions before climaxing in an epic final. True uplifting trance music !!

More by Moon On The Water 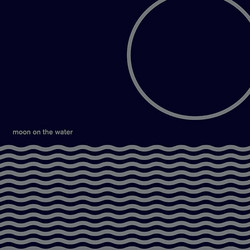