** Second Edition of 200, packaged in a large polybag with a multi-colored screenprinted cover ** Freedom To Spend’s first catalog wide deep dive into an artist’s career focuses on four albums from Rimarimba, beginning with 1983’s Below The Horizon, followed by 1984’s On Dry Land, 1985’s In The Woods, and finally, the once-imagined, now-realized assembly of 1988’s Light Metabolism Number Prague.

Somewhere out there around the turn of the 1980s, to the left of the post-punk crew, to the right of the minimalists, and surfacing with a friendlier face than the dour industrialists of the time – there existed, seemingly unbidden, an entire, networked, tape-trading community; a community that crossed continents and oceans, that relied on the postal service to do its bidding; a community full of humble visionaries and lost, misunderstood, or just plain ignored home steeped genius.

Exploring that thicket of weirdness in the UK wild, you’d likely stumble across labels like Cordelia, Hamster, and Unlikely; compilations like the should-be-legendary Obscure Independent Classics series, or the Real Time cassettes; and inexplicable one-offs like The Deep Freeze Mice, Jody & The Creams, R. Stevie Moore, Leven Signs, Jung Analysts, and Rimarimba. 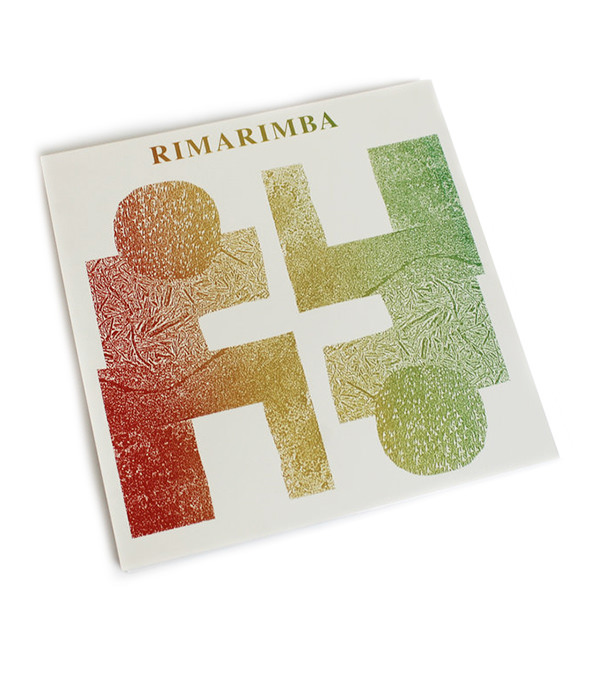 Rimarimba was the project of Robert Cox, based in Felixstowe, on the seaside in Suffolk, UK. Rimarimba was not Cox’s first entry into the world of recorded music, but was the first time he explored, most perceptively, the parameters of a particular musical mode: one where minimalism is removed from its “high-art” mantle, Cox inveigling its practices in amongst the do-it-yourself creativity of a burgeoning and beguiling underground, letting the music breathe – and most importantly, letting it play, gifting it with imagination.
That sense of play is writ large across the four Rimarimba albums being circulated again, or in Light Metabolism Number Prague’s case, being made newly available. There’s an unaffected, warm-hearted joy to be heard in Cox’s music, hypnotic patterns unspooling from a Pandora’s-box of mass-produced and home built musical instruments, intertwining, tangling up in each other, and then riding out the road until they’ve said their piece, often parking somewhere surprisingly unfamiliar to where they started. Sometimes, it’s as though Cox is channelling preconscious phrases, tunes that exist in some kind of primordial soup of music, the storehouse of melody that we call upon in our most hallucinatory, incantatory moments.

You can certainly hear some familiar names as precursors or as covering similar terrain – there’s a touch of Brian Eno, who attended the same school as Cox, a dab of the process orientations of early Steve Reich, the shifting, sub rosa patterning of Philip Glass. But just as equally, Cox alights on less predictable touchstones: Moondog might not immediately come to mind, but he’s a significant influence, something that comes clear as you listen further and hear aspects of The Viking of 6th Avenue’s “snaketime,” his ornery take on rhythm, in Cox’s constructions. He’s also a fan of the fantasias of John Fahey, whose mercurial spirit and galaxy-gobbling musical open-mindedness finds a home in Cox’s questing to experiment, to make new, and to find unexpected treasure in the communion of the musical moment.

Each Rimarimba album is a functional objects in and of itself; a fully contained world of trash and treasure, play and precarity. But they might be best experienced when taken en masse. It’s a heroic dose, but as with the structures of the music itself, listening to Rimarimba seems to work in a cumulative fashion, and the deeper you go into Cox’s singularity, the more you discover, the more lightbulb moments click into place, and you end up eddying in a pool of all sound; that Rimarimba moment has caught you.

Each album features artwork reinterpreted from its original edition by Will Work For Good, and accompanying abstracts by Jon Dale.