Postmodern artist, dancer, choreographer, and writer Simone Forti originally wrote the Hippie Gospel Songs in 1969/70, around the time of the Woodstock Festival. She explains: "before coming to California where I started working and performing with Charlemagne Palestine and studying Tai Chi at the California Institute of the Arts, I had spent a year in Woodstock, New York, stoned in the woods. Now with Charlemagne at the piano I ran in circles and figure eights." The seven songs on the record were recorded in 2012 during Forti's exhibition Sounding at The Box, Los Angeles. This Box Editions release on 10" blue vinyl features an etching of Forti's Illuminations Drawing (1972) on side B and is accompanied by a 16-page color book with images of the original sheet music scored by artist, musician, and Forti's long-time collaborator Charlemagne Palestine. Includes download code. 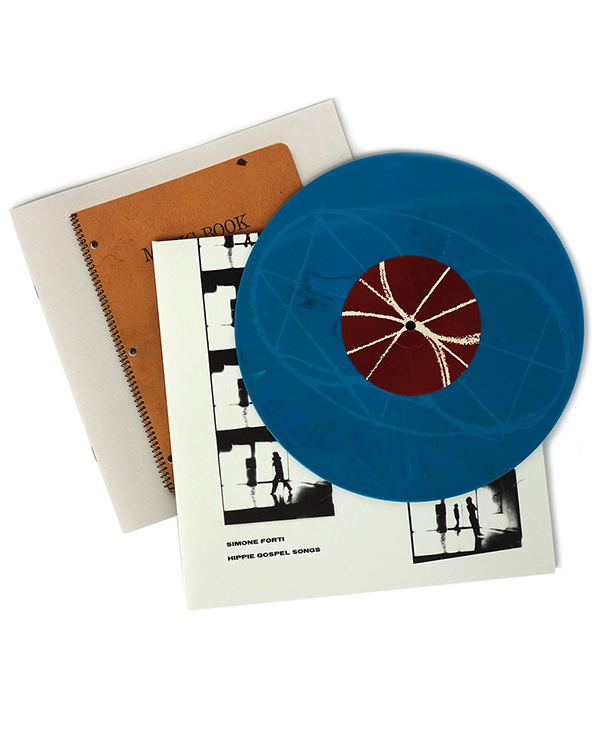