Few copies back in stock, reduced price **sold-out at source, few copies available** Double LP version. 140 gram vinyl. Gatefold sleeve. Includes liner notes (French and English). Wrwtfww Records announce the release of two never-released-before soundtracks by French award-winning composer, audio experimenter, electroacoustic, and musique concrète magician, and all-around sound visionary Bernard Parmegiani, sourced from the original reels, and with English and French liner notes. Les Soleils De l'Île De Pâques (1972), by French director Pierre Kast, is a sci-fi feature which secured itself a well-deserved place in the pantheon of mysterious cult films thanks to hallucinatory (and superb) cinematography, exploration of supernatural phenomenon and occult symbolism, and one hell of a trippy atmosphere. La Brûlure De Mille Soleils (1965) also comes from Pierre Kast, but this time with the help of none other than writer, photographer, multimedia artist, homme à tout faire Chris Marker -- notably known for films La Jetée (1962), A Grin Without a Cat (1977), and Sans Soleil (1983) -- who edited this bizarre short to brain-melting results that live up to the promises of its synopsis: A depressed millionaire poet, accompanied by his cat Marcel and a sign language robot, travels in time to shake a persistent feeling of ennui and falls hopelessly in love with a woman from another planet. 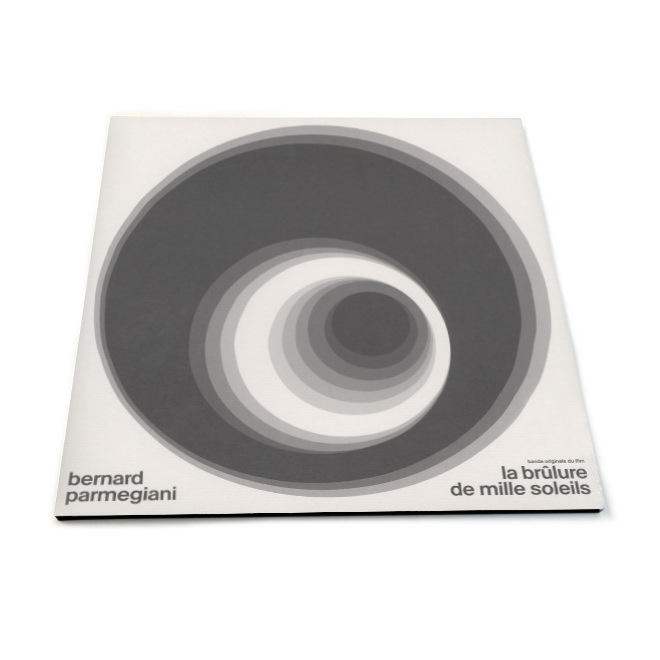 'Nuff said! A renowned member of the prestigious GRM (Groupe De Recherches Musicales, the French equivalent of the BBC Radiophonic Workshop) and frequent collaborator of Pierre Schaeffer, Iannis Xenakis, and Pierre Henry, among others, Bernard Parmegiani does what he does best with these two rare soundtracks: create moods with electroacoustic experimentation, elevating the weird and hypnotic with soundscapes from other dimensions, and cementing his status as a true innovator.