We use cookies on our website to provide you with the best experience. Most of these are essential and already present.
We do require your explicit consent to save your cart and browsing history between visits. Read about cookies we use here.
Your cart and preferences will not be saved if you leave the site.
Log in or Sign up
empty€0.00
Log in or Sign up
New Arrivals
Reissues
Upcoming
Restocks
Editorial
play
Out of stock
1
2
File under: ExperimentalAmbientNew AgeSynthscapes80s electronicContemporary Jazz

Amazing find, a few original copies available! - Like many of his peers, the work of Marco Maria Tosolini defies an easy first reading. His lone LP, Mèlange, released in 1985, covers vast range of ground, from warbling flirtations with pop and dance music, to moments that display a clear link to minimalism and the avant-garde. Stepping back, this is not as surprising as it might first seem.

While Mèlange does stand slightly apart from the larger body of Italian minimalism and avant-garde music from its era, it still retains a number of incredibly close ties, the most notable of which is Tiziano Popoli and Marco Dalpane’s legendary LP,  Scorie. Not only was Scorie released the same year as Mèlange, but the two albums found the same home. Together they represent the entire output of Yaki records. The similarities don’t end there. Like Popoli and Dalpane, Tosolini built on an explicitly avant-garde and experimental background - he was a composition and percussion student at "Internationalen Ferienkurse für Neue Musik" in Darmstadt - to construct new forms of adventurous music, intent on sparking the imagination of the popular sphere, working across numerous, multidisciplinary realms - radio, theatre, etc - as much the concert hall. In addition to all this, Mèlange offers a rare encounter with Tiziano Popoli himself. He’s all over it, threading synths lines, drum programming, and more.

Featuring a stunning cast of characters from Italy's '80s minimalist and jazz scenes, Mèlange is yet another incredible and obscure artifact from the country that refuses to be nailed down, and continues to challenge listeners 3 1/2 decades after it was first made.  Ranging to moments which rethink the terms of minimalism with the arpeggiated synth and piano of Main Subway and Child Parts 1 and 2, the quirky and frenetic playfulness of Five Giants at El-Kahazar, to the balearic tinges of Liebe Tanz, has left us with a restless beast. Among the most obscure albums from the '80s Italian scene, finally entering the light of day. 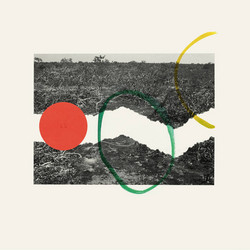