Wooden black box comes with LP, CD digipack and two cassettes plus postcard, insert, business card and sheet with notes in Japanese by Tamotsu Mochida, in 199 copies. Controlled Death is a new project by the Japanese noise legend Maso Yamazaki a.k.a. Masonna. In April 2018 he decided to make a shudder debut with 1st album "Symphony For The Black Murder" . In this LP, Maso Yamazaki tried to commit to the dark side of psychedelia deepest in his own projects history and surprised the fans, but as soon as it gets excited, it is the 2nd work the wooden black box "Journey Through A Dead Body" & "Deathwish Tapes 1-3". Cracked minimal electronic sound by Korg MS-20, unclear and disturbing voice, corroded drone effect, with the influence of primitive black metal and dark ritual in "Journey Through A Dead Body" LP which developed a moisturized doom world while wearing a raw material texture. Anxiety, alienation and hypochondria turn into a deep paranoia in pain. Without hesitation, the bodies are emptied, leaving the field to an electronics purulence of rare power disconcerting: a perfect journey through a dead body.And  the sound contained in the CD and two cassettes called "Deathwish Tapes 1-3" are  direct feeling which developed the idea at the time to making "Journey Through A Dead Body". In order to record it, it is said to be connected to a microphone at the input of the Korg MS - 20 and recorded on a cassette tape with a single recording. It is nothing to call it mindfuck, its freshness is only fear.The activities of Controlled Death are like archaic revival to the music experience before Masonna. We can also find the pathology image of the early industrial period and the shadows of Vienna activism such as Hermann Nitsch. 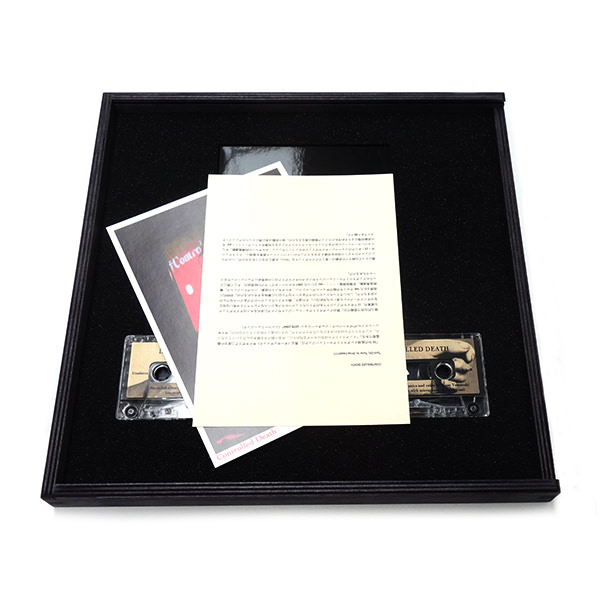 The existence and art that pierces through conspicuous consciousness and dives to areas of unconsciousness due to death and pleasure. While taking death as the strongest drug, the season of second summer of death industrial is coming. About 2 hours and 30 minutes of astonishing storm of echoes that bangs it into your head!  The wooden black box comes with LP, CD digipack and two cassettes plus postcard, insert, business card and sheet with notes in Japanese by Tamotsu Mochida (Noise/Industrial music critic in Japan, the organizer of "Anatano kikanai sekai" connect spiritualism and occultism to music and the author of "Industrial Music for Industrial People" - DU BOOKS). 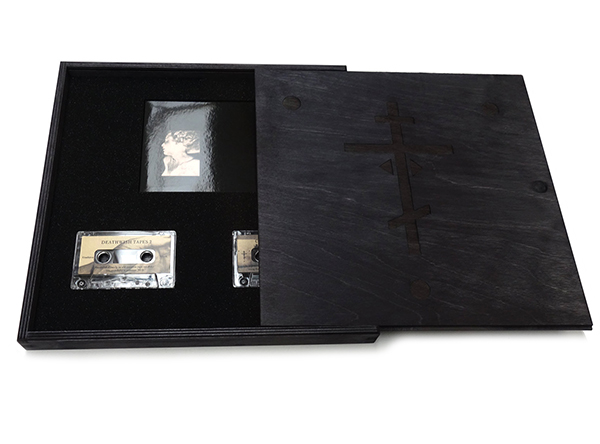